For some, risking bankruptcy may be preferable to paying premiums 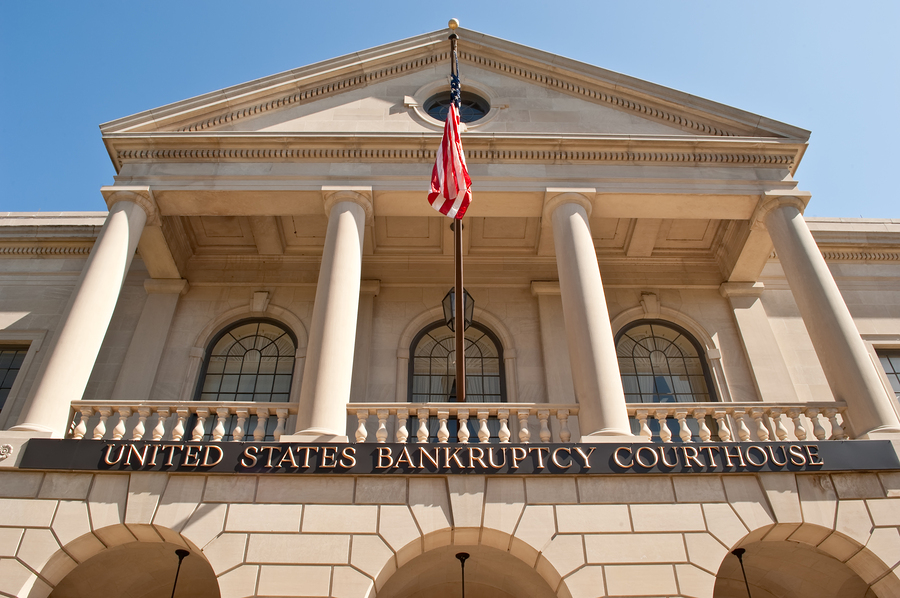 U.S. bankruptcy court in Tallahassee, Florida. State rules govern how much property and assets are protected from seizure in a Chapter 7 bankruptcy filing. Leighton Photography/Bigstock

On Thursday, the Supreme Court voted to uphold Affordable Care Act subsidies on state-run exchanges, averting a surge in the uninsured population. But millions of Americans still go without health insurance, including many who fall into the coverage gap created by the 2012 Supreme Court ruling on the ACA's expansion of Medicaid. A recent article appearing in theAmerican Economic Review explores the decision to go without insurance in the context of state bankruptcy laws.

In Bankruptcy as Implicit Health Insurance (PDF), author Neale Mahoney argues that the option to declare medical bankruptcy can serve as an alternative health insurance policy. This is due to a unique feature of the health care market: hospitals provide emergency care and sometimes even nonemergency care to those who cannot afford to pay. This means that households with low net worth could choose to go without health insurance and rely on unpaid care in the event of an emergency. While relying on medical bankruptcy is an uncomfortable option for any family, it might be more attractive than paying unaffordable health insurance premiums.

But does this happen in practice? People may view bankruptcy as a poor substitute for health insurance, because unlike proper insurance it does not provide any coverage for routine health expenses like checkups or preventive care. Bankruptcy can also have long-term adverse consequences such as a dramatically reduced credit score.

To answer this question, the author compares the health insurance decisions of households who have a lot to lose in bankruptcy proceedings with similarly situated households who, thanks to lenient state bankruptcy laws, have less to lose. In Nebraska, for example, a bankrupt family can only protect $12,500 in home equity from seizure, but across the state line in Kansas that same family can retain all of their home equity. If Kansans forego health insurance more often than Nebraskans, and if families in lenient states forego health insurance more generally, that would be evidence that bankruptcy protections do in fact affect insurance decisions.

The financial cost of bankruptcy varies widely by state
Financial losses in bankruptcy for a median American household under each state's asset exemption laws. The author finds that variation in bankruptcy laws affects health insurance takeup rates.
Source: data provided by the author

The decision to purchase health insurance depends on many factors, some of which could be correlated with a family’s bankruptcy exposure: families with a lot to lose in bankruptcy proceedings are necessarily wealthy to begin with, and more likely to purchase health insurance anyway. The analysis uses a simulated variables approach to focus only on the incentives created by differences in laws across states.

Mahoney finds that insurance decisions do indeed respond to local differences. Households with more exposure to bankruptcy due to state laws are significantly more likely to purchase insurance. Estimates indicate that if Delaware’s strict bankruptcy laws were adopted nationwide, approximately 8% of those currently uninsured would reverse course and take up insurance. This effect size is significant, on par with a nationwide insurance premium discount of about 20%. Evidently, lenient bankruptcy laws make health insurance somewhat less attractive.

Understanding why households are uninsured is fundamental to...health insurance policy — yet the insurance-coverage decision is not well understood.

This finding suggests that the availability of medical bankruptcy creates a negative externality: the costs of unpaid hospital care are passed on to other patients, and the administrative costs of bankruptcy proceedings (such as fees for lawyers and judges’ salaries) are paid by creditors as well as the taxpayers at large.

The classic prescription for such a negative externality is a Pigouvian tax on people without insurance, which would encourage more people to take up insurance and reduce the strain on the bankruptcy system. But in this context, that tax would have the unusual feature of falling most heavily on the least wealthy. The Affordable Care Act penalties for the uninsured, by contrast, are designed to be proportionately larger for those with more income. This suggests that the use of medical bankruptcy in lieu of formal health insurance is still inefficiently high, but it also raises tough questions about how states can reduce the temptation to rely on the bankruptcy process without penalizing their poorest residents. ♦

"Bankruptcy as Implicit Health Insurance" appears in the February 2015 issue of the American Economic Review.