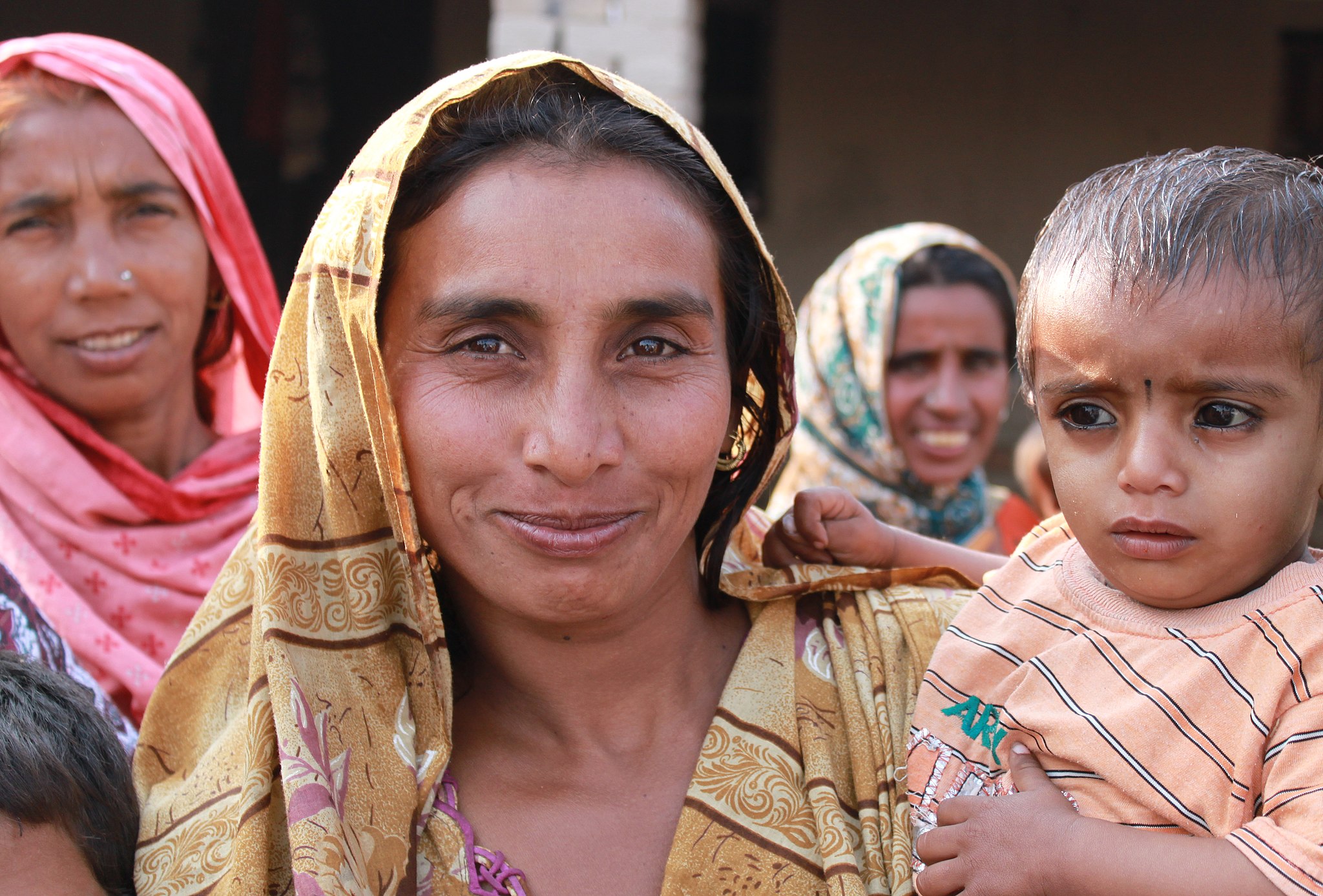 Expecting mothers are often greeted with congratulations, but for many women, it can be a time fraught with mental anguish and anxiety.

As many as 1 in 5 pregnant women experience some kind of depression over the course of their pregnancy and post-birth, and the issue is even more common in poorer countries.

Maternal depression in the weeks before and after giving birth has all kinds of consequences, not only on the woman’s ability to function but also on their wider social and economic standing.

Fortunately, there is hope. A novel initiative in Pakistan that sent community health workers out to provide psychotherapy to new mothers significantly reduced rates of depression. Even more, it had lasting impacts on women’s well-being seven years later, according to a paper in the March issue of the American Economic Review.

Authors Victoria Baranov, Sonia Bhalotra, Pietro Biroli, and Joanna Maselko followed up with hundreds of study participants to find that they were both happier and healthier. They were less likely to be depressed and more likely to control household spending.

The key takeaway is that a simple, scalable treatment for maternal depression . . . has really significant, multifaceted, and persistent benefits to mothers.

The findings offer a potentially cost-effective approach to addressing maternal depression in both low-income and developed countries, with generational consequences.

“The key takeaway is that a simple, scalable treatment for maternal depression . . . has really significant, multifaceted, and persistent benefits to mothers,” Baranov said in an email to the AEA. “But the treatment also indirectly benefits the children, and in so doing, has potential economic returns into the next generation.”

The program— called “Thinking Healthy Programme”— provided cognitive behavioral therapy (CBT) to depressed women in rural Pakistan in 2005-06. Health workers appointed by the federal government went out into the homes of mothers to provide education and supporting materials over the course of 16 visits before and after the birth of their child.

During these sessions, health workers would look out for negative spirals of unhealthy thinking (for example, “I am a bad mother”) and work with the mother to develop more healthy thinking patterns. This involved discussions as well as exercises that the mother would do on her own.

Depression rates plummeted, with the intervention causing a 30 percentage point drop in the year following birth, and there was increased interaction with the infant for both mothers and fathers.

The authors wondered, however, whether these impacts were lasting.

Seven years later, the authors worked with the NGO that conducted the randomized control trial to track down 585 of the roughly 900 original participants, and several hundred more women (who were not depressed in pregnancy) and their children were included to fill out a baseline.

Field workers talked with participants to assess the lasting effects on mothers and their children.

They found the therapy was highly successful in reducing depression. There was a steep and sustained drop in depression rates within the first six months, while recovery for the control group was more gradual. Even seven years later, women who received therapy were 5 percentage points less likely to be clinically depressed. Mothers of girls were especially affected. Therapy was more likely to reduce chronic depression in mothers of girls by 16 percentage points.

Women also were more financially empowered. They were 17 percent more likely to have control over household spending than women who didn’t have therapy. They were also more invested in their child’s education and more likely to send their kids to private schools, as well as have higher educational expectations and provide better learning materials at home. The heightened educational investment was driven by mothers of girls, perhaps because those women felt able to make equal investments in their sons’ and daughters’ education despite living in a culture where there is a strong preference for sons.

Additionally, therapy was cheap. The program cost only about $10 per person. But Baranov pointed out that it does rely on a scarce resource—community health workers’ time.

The researchers are currently evaluating another intervention that aims to be more scalable, using trained peers to deliver therapy sessions.

And this is not to say any of these programs would replace drug therapy, which can also be an effective approach to treating depression and can be combined with other initiatives. So much depends on the context and the person.

“There’s no one-size-fits-all solution for mental ill-health unfortunately,” Baranov said, “But CBT is one of the most effective forms of treatment for a wide range of disorders.”

“Maternal Depression, Women's Empowerment, and Parental Investment: Evidence from a Randomized Control Trial” appears in the March issue of the American Economic Review.