Extending their “biological clocks” led young Jewish-Israeli women to delay tying the knot and invest in themselves. 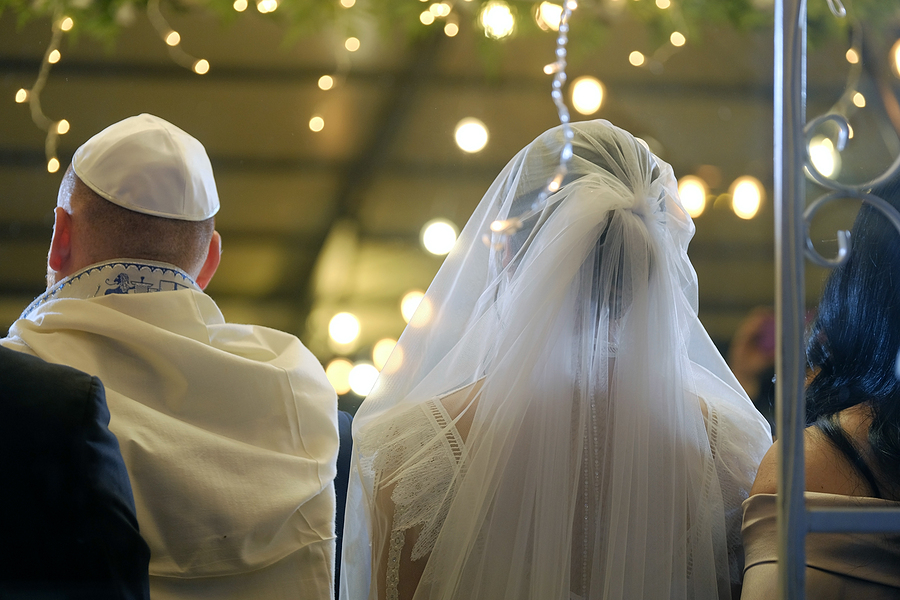 A groom with the bride under a chuppah at a Jewish wedding.

Families are central to Jewish-Israeli culture.

People in the small Middle Eastern country of fewer than 10 million tend to marry young, have more children, and divorce less frequently than North Americans and Western Europeans.

The country even has one of the highest fertility and birth rates in the industrialized world, which is no accident. Israel has codified its pronatalist views into official state health policy. Among other things, since 1994, it has offered full coverage for in vitro fertility treatments.

In the American Economic Journal: Applied Economics, authors Naomi Gershoni and Corinne Low say that free IVF treatment did more than just help less-fertile women bear children; the policy led younger women to push back their timeline for getting married, giving them more time to invest in their education and careers before starting a family.

Women actually consider their deadline for fertility when they make decisions early in life. This was a good opportunity to really emphasize not just what IVF can do, but how women make their life choices or long-term plans thinking about this deadline.

The paper highlights how reproductive considerations influence women’s long-run decisions differently from men, and how that shapes their relative economic opportunities.

“Women actually consider their deadline for fertility when they make decisions early in life,” Gershoni said in an interview with the AEA. “This was a good opportunity to really emphasize not just what IVF can do, but how women make their life choices or long-term plans thinking about this deadline.”

Scholars have noted that the emphasis on childbearing in Israel is guided by biblical tenants to “be fruitful and multiply,” demographic competition with surrounding Arab nations, the memory of the Holocaust, and historic Jewish quest for survival. And Israelis tend to marry young. The average age for Israeli women to marry is around 24 years while men tend to marry by 27.

The authors wondered whether extending the “biological clock” for child bearing would influence women to wait longer before choosing a partner.

Men, Women, and First Marriage
The chart below shows the average age at marriage over a 30-year period before and after IVF treatments were made free (indicated by the vertical red line) to every Israeli woman. Panel A shows how women's marriage age departed from the parallel trend with men after the policy change. Panel B presents the difference in average age at first marriage between women and men, showing a sharp increase in level immediatedly at 1994.

The law’s passage in the mid-1990s resulted in a surge of live deliveries using IVF. They more than tripled in the three years following the policy change. By 2002, 1,657 IVF treatment cycles per million people were performed in Israel, compared to 126 in the United States.

The ages at which men and women first married tracked each other pretty much in lockstep until the time of the policy change. Men tended to be a few years older when they tied the knot, but the overall trends were the same. That changed post–IVF reform. The trend lines for age at first marriage for women and men diverged. Women pushed back their timetable by about a quarter of a year initially, followed by a gradual increase over the next 15 years.

The authors also compared Jewish-Israeli women to their Arab-Israeli peers, who were less likely to take advantage of IVF treatments due to cultural prohibitions. Again, their paths diverged, with Jewish women delaying marriage longer.

The authors controlled for other potential policy and demographic changes, but there was no other explanation than the introduction of free IVF.

Gershoni and Low have been working on other research that shows that this delay in marriage led women to invest more in their education and careers. There are also consequences from newer technologies that allow women to delay marriage and child bearing well past their 40s.

Policymakers likely never imagined these impacts when they approved national IVF health coverage back in 1994. But the effect on marriage patterns highlights the different questions women and men face when mapping out their personal and professional paths.

Fertility is a material constraint for women. Policymakers might find ways of extending their biological timeline via IVF, egg freezing, or other treatments, but this still puts the burden on women to decide when to have children. Policies aimed at helping mothers reenter the job market in high-investment career tracks could ease that burden and create a more equitable economy.

“If you want to reduce labor market inequality, then reflecting on how this biological asymmetry impacts women and their life timing is very important,” Low said.

For women, being promoted to a top job increases the risk of divorce. The same isn't true for men.