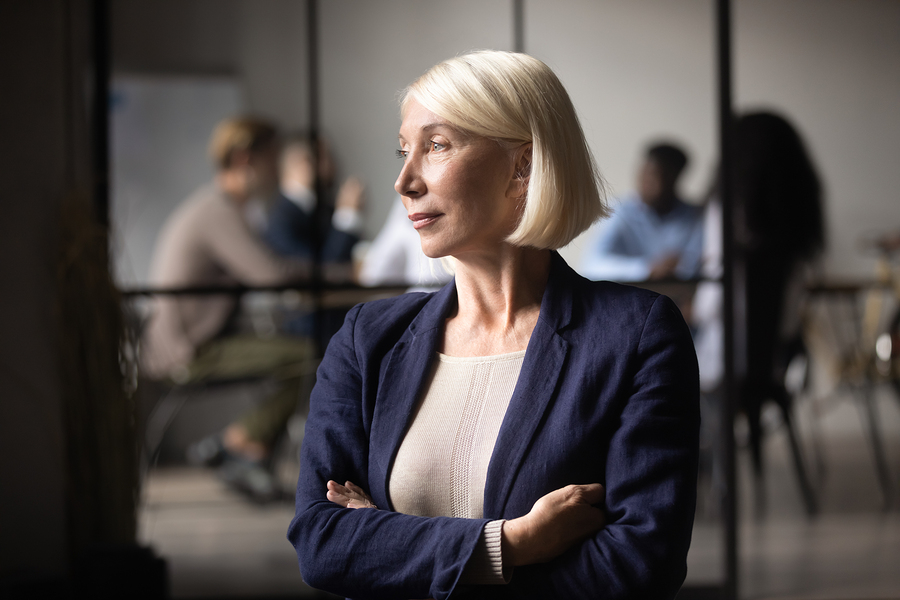 For all the progress women have made in the workplace, there’s still a lot of work to be done on promoting gender equity at the top.

Men still account for more than 90 percent of CEOs among Forbes 500 firms and are three-quarters of the world’s parliamentarians.

As if breaking through the glass ceiling weren’t hard enough, being promoted to the C-suite can result in problems at home.

In the January issue of the American Economic Journal: Applied Economics, Olle Folke and Johanna Rickne say that being promoted to a top job leads to a large increase in the probability of divorce for women. The same is not true for men.

The paper, which looks at top political jobs in Sweden, provides the first causal evidence for how promotions impact marriage durability across genders.

The figure above from their paper shows the share of job candidates who remain married to their spouse when they were up for promotion, indicated by the black vertical line. Overall, women who received a promotion (black line) were much less likely to stay married than peers who were not promoted (gray line). The authors found that promoted women get divorced at twice the rate of non-promoted women, resulting in a 7 percentage point divorce gap three years later. Meanwhile, the panel on the right shows no change for men, who were equally likely to stay married whether or not they moved up the job ladder.

The authors find no evidence of a “temptation effect,” or that promoted women leave their spouses because they’ve found a new partner. Nor was there much support for the explanation that women left because their promotion gave them financial independence. Indeed, the women in their sample were high earners before the bump in position. However, they did find some evidence that the new position touched on sensitivities to social norms around how much wives should be earning relative to their husbands.

All the Single Ladies: Job Promotions and the Durability of Marriage

We study how promotions to top jobs affect the probability of divorce. We compare the relationship trajectories of winning and losing candidates for m...