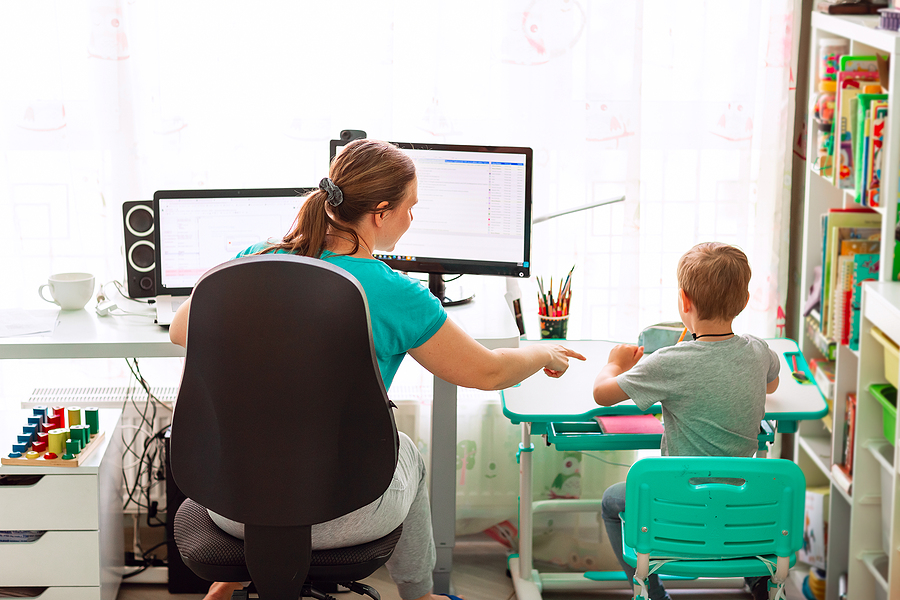 A mother works at home with her child during quarantine.

The United States has a surprisingly large number of working moms compared with other wealthy countries, especially given this nation’s relative lack of family-friendly work policies like paid parental leave.

But the US wasn’t always an outlier. It’s really only a trend that has emerged in the last few decades. And its roots may be in a 45-year-old tax law, according to a paper in the American Economic Journal: Economic Policy.

Author Jacob Bastian says that the 1975 introduction of the earned income tax credit led to a substantial boost in mothers entering the workplace. The EITC tax credit program resulted in one million more mothers finding employment by 1980 and fed broader support for women in the workplace. 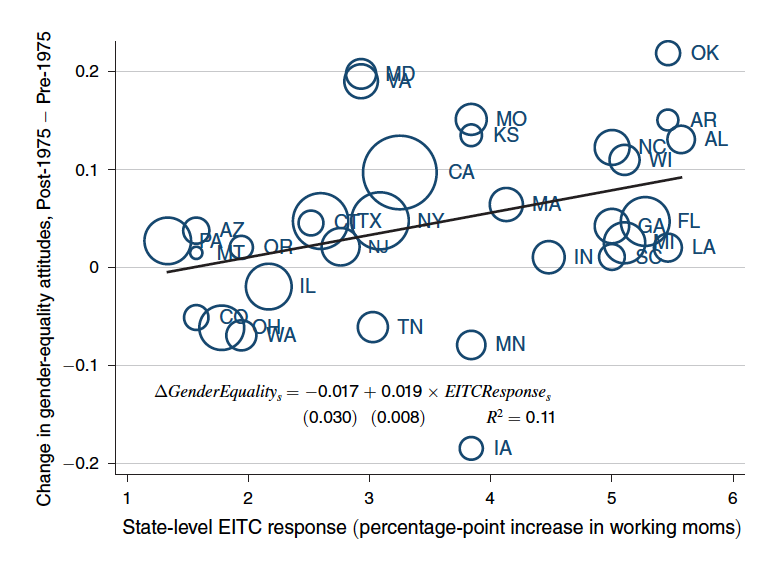 Figure 7 from Bastian’s paper shows the impact that the EITC had on social attitudes around women in the workplace. States where the tax credit had the biggest impact on bringing mothers into paid work—like Oklahoma, Arkansas, and Alabama— also had larger shifts in preferences for gender equality, as reported in the General Social Survey. Bastian collected 8,713 survey responses between 1972 and 1985 to analyze how gender-equality preferences changed after the tax credit went into effect. Each percentage-point increase in working moms (plotted along the x-axis) in a given state led to a 1.9-percentage-point increase in the fraction of the state’s adults that approved of working women. (The size of each bubble is correlated to the state’s population.)

Bastian says the changing attitudes did not appear to be driven by changes in demographics or general social attitudes, and were larger among people who were more likely to have known the new working mothers personally.

The rise of working mothers radically changed the US economy and the role of women in society. In one of the first studies of the 1975 introduction of...