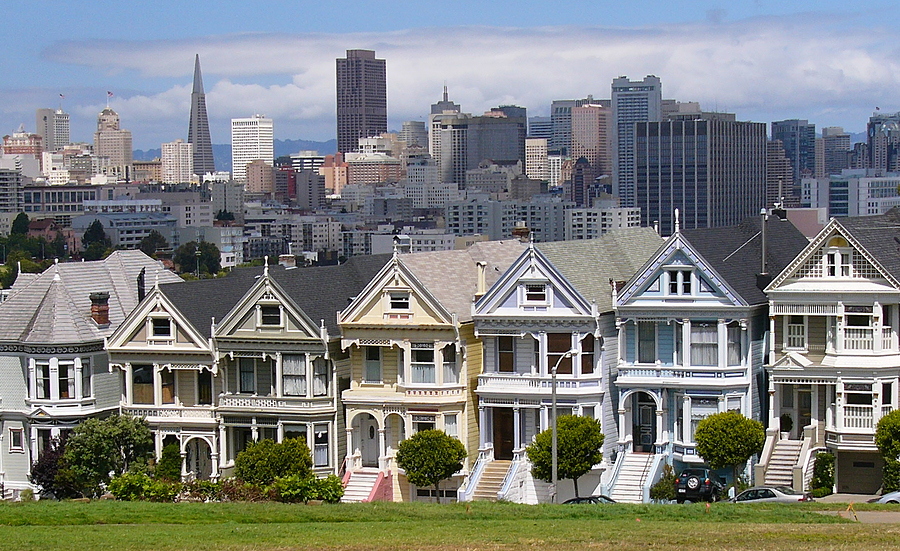 Income inequality is a growing concern in the United States. Historical data from federal tax returns indicates that income inequality has been steadily on the rise since the 1970s and is now approaching levels not seen since the Roaring Twenties. Additional research suggests that this divergence in earning power has coincided with a divergence in living standards.

But over the same period, college-educated workers have gravitated toward coastal cities where the cost of living has been steadily rising. This means that the incomes of these highly-skilled people do not go as far as they would have decades ago, and implies that true inequality may not be as stark as the nominal income data suggest. A study in the American Economic Journal: Applied Economics that earned a 2015 AEJ Best Paper Award takes a closer look at this question.

In Real Wage Inequality (PDF), author Enrico Moretti looks at cost-of-living data in U.S. cities from 1980 to 2000 in order to determine whether growing nominal wage inequality is really indicative of a growing disparity in living standards. Because college-educated workers are more likely to live in cities with higher costs of living, especially higher housing costs, some of their newfound income gains must go toward paying for life in these expensive areas. The growing disparity in wages that we observe is partially an illusion.

Changes in the cost of living experienced by high school and college graduates account for about a quarter of the increase in the nominal college premium over the 1980–2000 period.

Whether the wage inequality we see in the data translates into actual inequality in standards of living turns on a key question: are college-educated workers grudgingly relocating to expensive cities because that’s where they can be the most productive and earn the most? Or is it because they really like those cities and are willing to pay more to live there?

If the former is true, high-skill jobs in sectors like finance and technology just happen to be concentrated in coastal cities that are not especially attractive places to live, but do have high housing costs. In this scenario, high-skilled workers are unlucky in where their jobs are located, and inequality is not as severe as it appears from income data alone.

If the latter is true, then living in these expensive cities is a sort of luxury good that is increasingly only affordable for the well-educated. High-skilled people choose to relocate there because they can command high incomes to afford the higher rents. Meanwhile, low-skilled people living in these cities face rising rents and may have to move away.

These possibilities are not mutually exclusive, and there is probably some truth to both stories. The test is whether wages for high-skilled workers are rising faster in the same group of cities where they tended to move during the 1980-2000 period. If so, that is an indication that they became more productive in those cities during this era, and that firms in those parts of the country had increasing demand for educated workers. 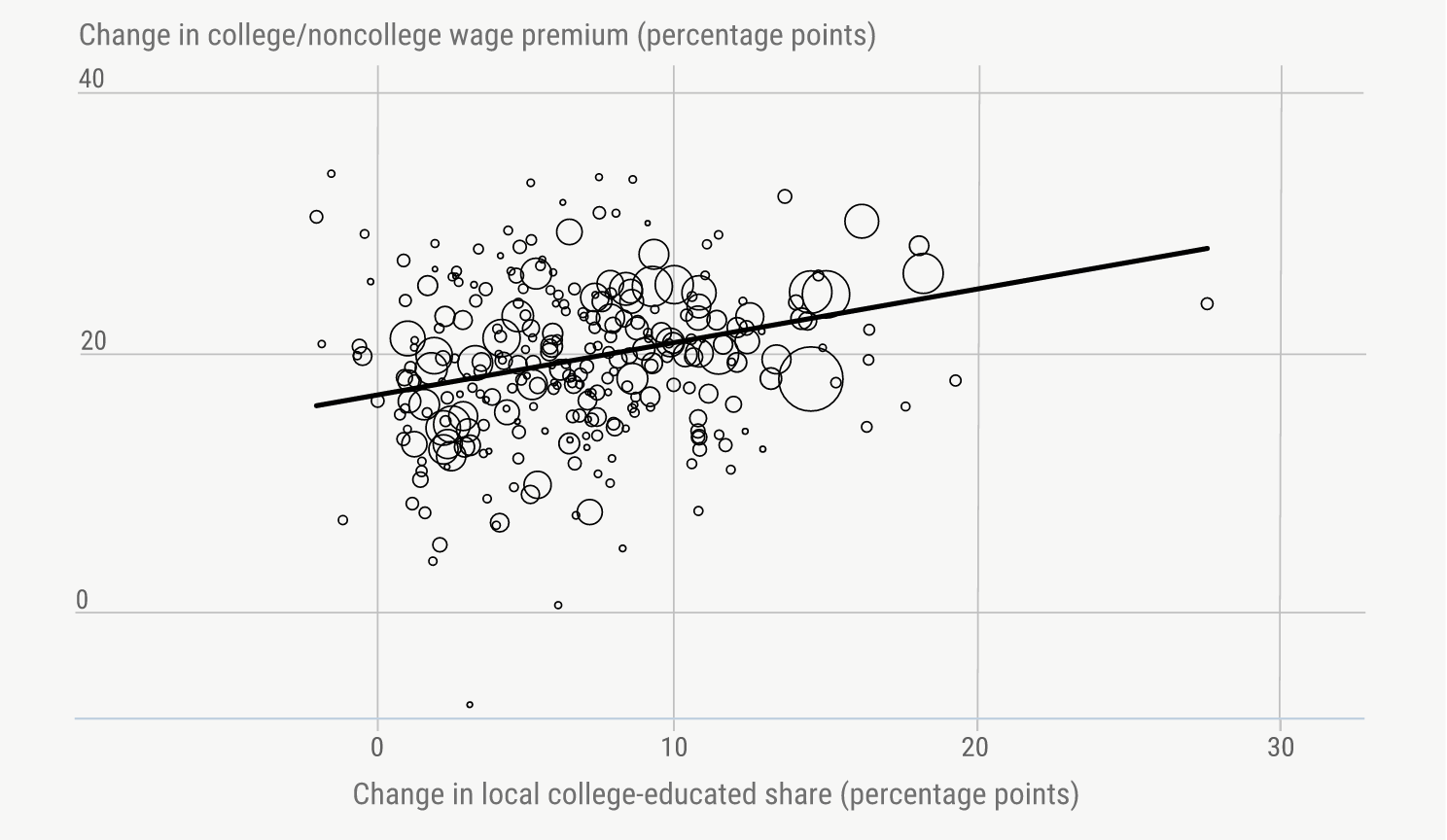 Moretti finds that this is indeed the case; the figure above shows that the cities that had increases in their college-educated population during the ‘80s and ‘90s were the same ones that saw increased wages for these workers. This does not rule out the possibility that these cities simultaneously became more attractive to high-skill workers during this time (in no small part because college-educated workers may be attracted to cities with other college-educated workers). But ultimately, additional analysis shows that disparities in well-being are “significantly smaller” than previously thought.

Moretti’s analysis underscores the importance of the geographic dimension of labor markets. Because workers flow between cities in response to labor market conditions, national trends can conceal important local developments. Future research in this field will help to explain why demand for high-skill workers accelerated during this period in some cities but not others, and may develop new, cost-inclusive measures of income that can help us more accurately determine inequality in well-being. ♦