Is it too hard for cities to get denser? 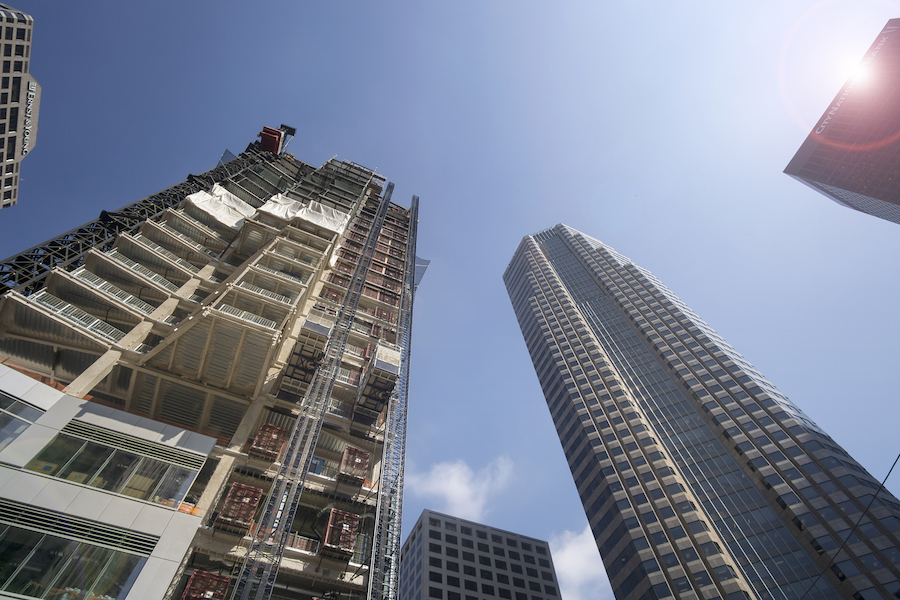 The year was 1964, and Walt Disney had a problem. He had found a large swath of mostly empty swampland near the crossing point of two highways in central Florida – the perfect site for a new east coast amusement park. The land would be cheap, but it was divided into tiny plots with hundreds of different owners. Once word of Disney’s plans got out, the remaining owners might realize their leverage and start charging a fortune for their parcels.

The solution: secrecy and deception. The Walt Disney Company hid behind shell companies to make it appear as though a bunch of distinct companies were all coincidentally interested in purchasing land in the area around the same time. They were able to secure thousands of acres at bargain prices before anyone figured out what was happening, but once reporters at the Orlando Sentinel broke the story in October 1965, the prices of nearby land skyrocketed. It was still worth it for the company to keep buying more land and assemble a large contiguous plot for the future theme park, but those lucky landowners who realized the newfound value of their swampland before they sold also made a killing.

This is an extreme example of what is called land assembly, the joining of adjacent plots into larger plots, but this same drama plays out on a smaller scale in urban areas all the time. When a developer wants to buy adjacent plots on a city block to build a new condo or office tower, the existing landowners have a lot of leverage and can hold up the project until the developer pays up.

Sometimes, developers can work around a particularly stubborn holdout – as in the famous case of Edith Macefield, who rejected a $750,000 offer for her home in the Ballard neighborhood of Seattle in 2005. The developers altered their blueprints to accommodate the jagged property line and proceeded with their project anyway, and her home is now surrounded on three sides by a shopping mall.

But this isn’t always possible, and when developers can’t go through with a profitable assembly project, the city stays more spread out than it otherwise should. A new study appearing in the current issue of the American Economic Journal: Economic Policy measures the holdout problem in Los Angeles County.

In From Today's City to Tomorrow's City: An Empirical Investigation of Urban Land Assembly (PDF), authors Leah Brooks and Byron Lutz argue that land assembly is crucial for enabling a city to reinvent itself. Over time, it might make sense for a city to get denser, whether due to changing preferences, increasing congestion on the roadways, or even changes in building technology. The advent of fluorescent lighting, for instance, reduced architects’ reliance on natural light, and allowed them to design bigger, bulkier office towers.

Economic historians contend that the ability to assemble ownership interests is often a crucial prerequisite for economic growth, citing examples as diverse as how fragmented powers of eminent domain in pre-Revolutionary France inhibited profitable irrigation projects and how the land subdivision boom of the 1920s caused subsequent problems of land assembly and stagnation in the 1930s. Practitioners, such as urban planners, concur with this dour assessment and call land assembly the “single biggest obstacle to central city redevelopment.”

Lowrise buildings can get replaced with taller structures over time, but land assembly is often a key part of this process. Some plots are too small to support taller buildings, and it might not make economic sense to build a multi-story building (which requires extra expenses like a lobby floor and elevators) unless a plot is of sufficient size.

If existing landowners hold out for too much money when developers try to assemble larger parcels, then even profitable projects will go unbuilt -- this could happen either because the holdouts overestimate their leverage, or have idiosyncratic reasons to value their own property far above market price.

When land assemblies don’t proceed, the city will miss out on some of the agglomeration benefits of a densely-packed urban core. The end result is usually more sprawl as it is often cheaper to build less-dense development on the city outskirts than to deal with the holdout problem in the city center.

The authors develop a model of land assembly and show that, if there is no holdout problem, that land selling into an assembly should be no more valuable than other land. That’s because the intrinsic value of otherwise equivalent land – land in the same neighborhood and of the same size – should not depend on whether the land is bought for assembly or not.

There will always be landowners somewhere that don’t want to move or will hold out for too much, but as long as there are enough other places that developers can turn to assemble land and build denser developments, the market should remain pretty close to equilibrium.

But what if the holdout problem is more severe, and many land assembly projects are held up? The city’s residents and businesses will be hungering for denser developments, but the market isn’t supplying enough. In this city, a developer who does get the chance to assemble parcels and build a residential highrise or an office tower stands to make a lot of money. In this case, developers make enough money to pay above-market prices to buy land if it will become part of an assembly.

The authors look to real estate records from Los Angeles County to see if the holdout problem is driving a wedge between the prices of lots that are being adjoined to a larger parcel and similar lots that are being redeveloped without assembly. To focus solely on the value of land and not the value of any structures that exist on top of it, they restrict their analysis to sales where the buyers are planning to demolish any existing buildings.

Specifically, they compare sales where records show the structure was torn down shortly after the purchase (teardown sales) to sales of plots that are immediately assembled into bigger parcels. Since assembly is usually undertaken for the purposes of building a new, larger structure, the authors assume the old structures on these lots will be torn down as well. Since demolition costs are usually pretty minor compared to the cost of the underlying land, this gives a fair indication of how buyers are valuing the plot of land itself.

Taking care to maintain apples-to-apples comparisons of parcels by controlling for amenities like distance to a highway and access to commuter rail, the authors compare the prices per square foot of standalone teardown sales and sales for assembly. They find that to-be-assembled land sells for 35-40% more than similarly situated land in the same neighborhood that is not assembled.

In Los Angeles, newer structures tend to be denser
Average ratio of square footage to lot size for 2.1 million structures in Los Angeles County built after 1900 and still standing in 2011. Newer structures tend to pack more living space into each square foot of land than older surviving structures did, thanks in part to changing demand for denser living over time. Larger lots are often required to make denser forms of development architecturally and economically viable.
Source: author calculations based on 2011 real estate records from Los Angeles County

This is a strong indication that people in Los Angeles County want more dense development than the market is currently providing, but problems with land assembly are preventing the market from equilibrating. This looks more like the second scenario outlined above, where the holdout problem makes the city more spread out than residents would prefer.

To bolster their case that holdout problems drive these high prices, the authors investigate the relationship between assembly and parcel size.  All else equal, small parcels should be worth less per square foot than large ones, since options for those parcels are more limited.

However, the authors find just the opposite when parcels are involved in land assembly.  Developers are more likely to assemble large parcels, and they pay more – not less – per square foot for smaller parcels, even within a given assembly. Both of these suggest that the developer prefers to negotiate with fewer people, and that owners of small parcels can hold up development and hold out for higher prices.

The authors note that another reason assembly could yield increased prices is land use regulation, such as zoning for low-density development. These zoning rules can arise if neighborhoods don’t want denser development nearby, and in principle can function just like the holdout problem by nixing larger developments. In addition, some zoning regulations may yield additional increases in price for the purchasers of the final development.

The authors don’t have a point of comparison with other large American cities or different cities around the world, so it’s too early to say if Los Angeles is beset by a particularly bad holdout problem, or if it's actually doing better than other cities. Complaints about the holdout problem are common around the world, so future research might find similar premiums for assembled land in other cities.

It’s not clear how much local governments can do to help developers assemble land, short of fairly major changes to land ownership rights like more muscular eminent domain powers or “land readjustment” districts where a majority of residents can outvote the holdouts and push a land assembly forward. As the world continues to urbanize and residents push for denser and denser development, cities will have to grapple with the holdout problem or risk spreading themselves too thin.

“From Today's City to Tomorrow's City: An Empirical Investigation of Urban Land Assembly” appears in the August 2016 issue of the American Economic Journal: Economic Policy.