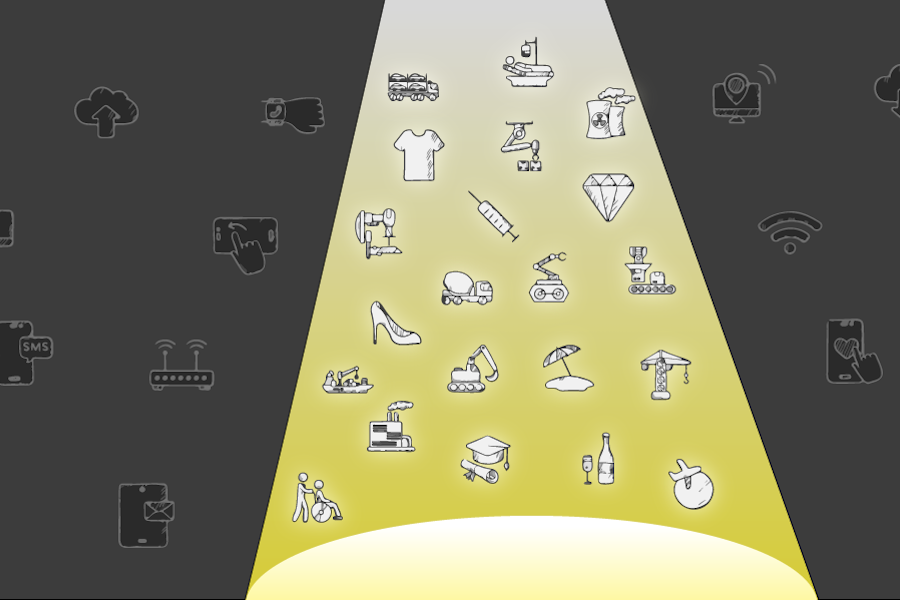 The unemployment rate in the U.S. is at a ten-year low as more and more people are joining the workforce, but the GDP numbers are painting a less rosy picture. Despite more workers working more hours, the U.S. economy isn’t producing much more than before.

This recent period of slow labor productivity growth – which actually dates back to before the recession – is partially to blame for GDP failing to catch back up to its pre-recession trend, and is an increasing point of concern for economists who study long-run economic growth.

But there’s a theory with traction in some corners of Silicon Valley that this slowdown is a statistical artifact, an illusion created by the inability of GDP measures to capture the enormous value of cheap and free services proliferating online.

Government measures of GDP are designed to capture the value of all goods and services produced in the U.S. economy, as measured in the dollar value of all products sold. That means non-paid transactions like YouTube views, Facebook browsing, Netflix bingeing, and Google searches don’t register ( except to the extent that they generate more advertising revenue). They act as a kind of economic “dark matter” that consumers value but which does not show up in government statistics.

GDP is far from perfect as a measure of well-being, which is why it has long faced general critiques and calls for replacement. Under the “mismeasurement hypothesis,” official GDP statistics are systematically failing to capture this new world of ultra-low-cost internet-enabled services that provide huge benefits to consumers.

If this is right, lower labor productivity growth doesn’t imply that the growth rate in actual standards of living has slowed at all, and may in fact be rising faster than ever.

But in a new study appearing in the Spring 2017 issue of the Journal of Economic Perspectives, University of Chicago economist Chad Syverson evaluates the mismeasurement hypothesis and finds that it comes up short.

Is productivity growth slowing, or just better hidden?
Actual U.S. GDP per capita data (red line) plotted against the hypothetical level that would have been attained if labor productivity growth had continued at its 1995-2004 pace through the end of 2015. Various estimates of the incremental consumer surplus from internet technology in 2015 are shown at right, but none of them approaches the level of "missing" GDP per capita. 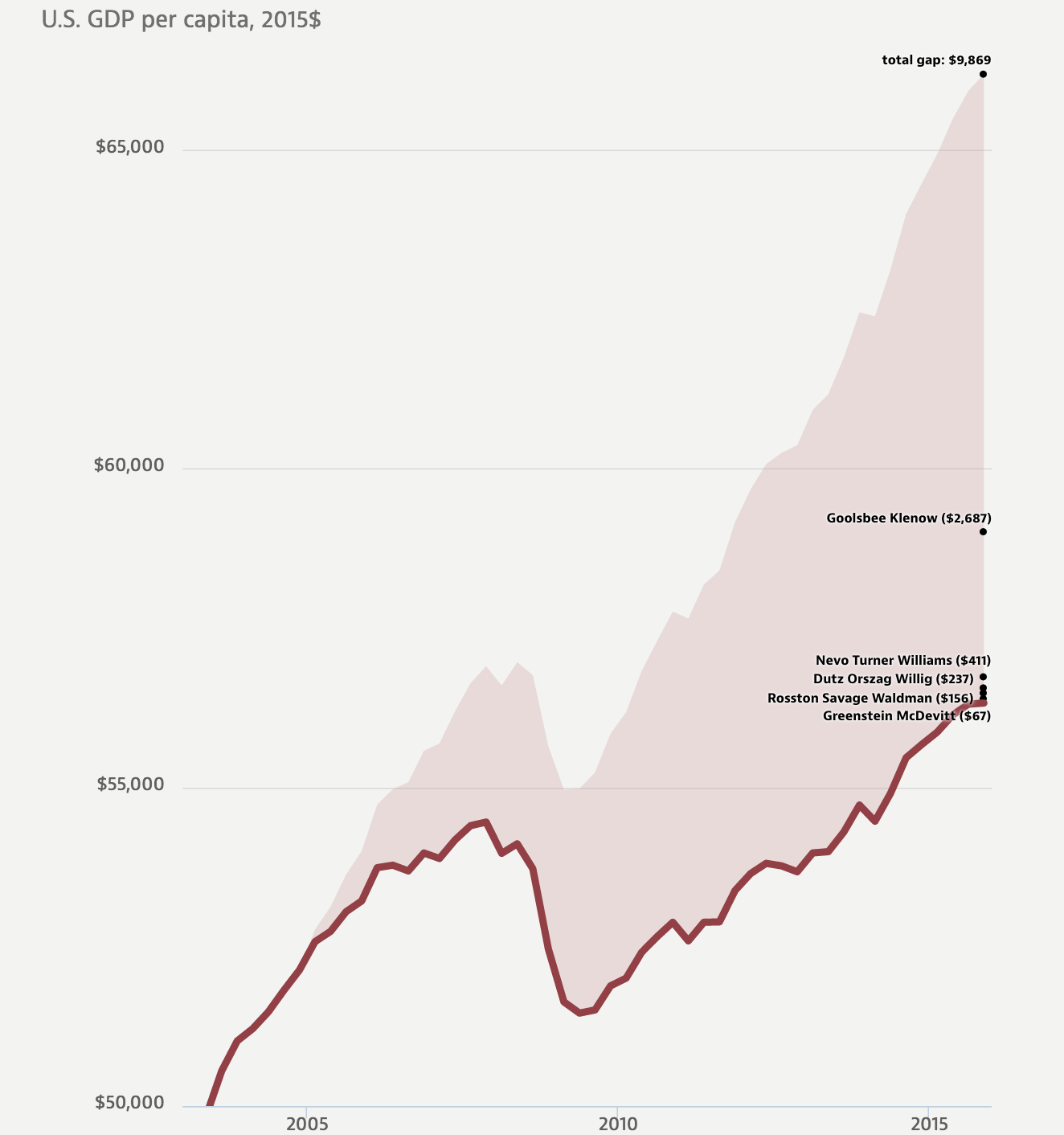 Syverson notes that labor productivity, the value of goods and services the average American worker produces in a hour, was growing at a steady clip of nearly 3% per year during the 1995-2004 boom, but has leveled off to 1.25% per year in the decade since. If this slowdown hadn’t happened – if measured labor productivity kept going at the same rate even after 2004 – GDP per capita would be a lot higher today.

Can distortions from digital dark matter explain this huge gap? Syverson looks at several economists’ attempts to measure what is called consumer surplus – the value consumers get from internet technologies above and beyond what they actually pay for broadband service or a monthly Netflix subscription.

If consumers would be willing to pay thousands of dollars for services that are free or only cost a few bucks a month, that would be evidence that the GDP numbers are indeed massively failing to capture the whole value of these new technologies.

But measuring this isn’t easy. Economists have focused on estimating the true demand for broadband versus dialup internet, and generally find annual consumer surplus in this sector has grown by tens of billions or even hundreds of billions of dollars since the labor productivity slowdown began. But even these huge values only work out to an average of a few hundred dollars per person per year, making up only a small fraction of the GDP lost to slow productivity growth (see figure above).

One alternative approach is to infer a value for the internet by the time consumers spend using it. The argument is that if people are spending their valuable leisure hours online rather than doing something else, that is an important indication of how much benefit it gives them.

Depending on assumptions about how much people value each hour in dollar terms, this method can produce much greater valuations of consumer surplus from the internet, approaching $1 trillion (or around $3,000 per person) in 2015. Another time-use analysis found the value of free internet services alone was $100 billion in 2012.

Most of the estimates of the value of internet-linked technologies are at least an order of magnitude smaller than the trillions of dollars of measured output lost to the productivity slowdown.

In an interview with the AEA, Syverson points out that several general purpose technologies like electricity show a similar pattern: an initial burst of productivity growth soon after an invention appears, followed by a lull and then another period of growth.

According to a long-standing theory from economic historian Paul David, this might reflect a two step process where tinkers first replace an obsolete technology with a new one, and then over time figure out novel ways to use the new technology that weren’t possible before.

This means there is still reason for optimism, even if we are living through a period of low labor productivity growth right now. “During electrification, productivity growth looked a lot like it has during the IT era,” said Syverson. “Two decades of oddly slow productivity growth even though we had these new machines...and then there was an acceleration for a decade, another slowdown, and then a second wave. [With IT] we haven’t hit our second wave yet.” ♦

Challenges to Mismeasurement Explanations for the US Productivity Slowdown appears in the Spring 2017 issue of the Journal of Economic Perspectives.

What are the GDP data hiding?