Evidence from a mass prisoner release in Italy 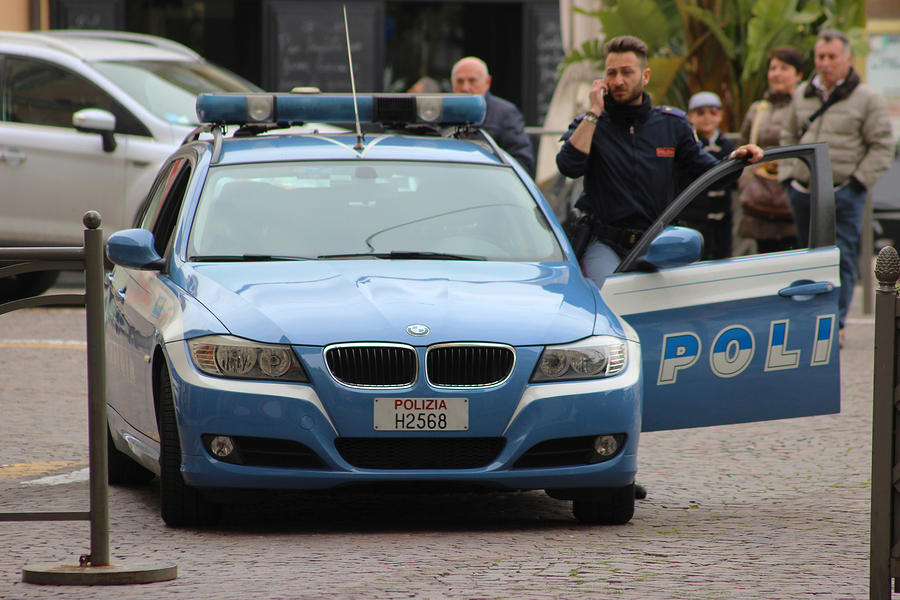 Concerns about immigrant crime have heated up on both sides of the Atlantic in recent months in the midst of a U.S. presidential election where immigration policy has been a major issue and an ongoing refugee crisis that has engulfed most of Europe.

It’s not clear that immigrants actually commit crimes at higher rates than native-born citizens, but foreigners are overrepresented in prisons in most European countries, and the perception of a criminal element among immigrant populations creates strong political pressure for more restrictive entry policies and more stringent residency requirements.

These policies have the potential to backfire though, if cutting off access to legal job opportunities ends up turning immigrants to crime. There is a long line of research in support of the “rational crime” hypothesis, which holds that criminal activity is determined in part by a comparison of a person’s opportunities in the legitimate and criminal sectors. A recent study appearing in the American Economic Journal: Applied Economics that earned a 2016 AEJ Best Paper Award examines the effect that granting legal status to undocumented immigrants can have on criminal behavior.

In Legal Status and the Criminal Activity of Immigrants (PDF), authors Giovanni Mastrobuoni and Paolo Pinotti study the aftermath of a mass clemency in Italy in August 2006 that resulted in the release of 22,000 prisoners, including more than 9,600 foreigners, from Italian jails. An inmate could qualify for a pardon if he had less than three years remaining on his sentence and hadn’t been convicted of certain sensitive crimes like terrorism or sexual offenses.

This move relieved pressure on Italy’s overcrowded prisons but also created some uncomfortable headlines for politicians when some of the pardoned convicts immediately committed new crimes, in some cases within hours of release. Sadly, these were not just isolated incidents – by the following August, thousands of the prisoners released as part of the pardon were back in jail.

Luckily for the researchers, the period after the prisoner release coincided with the accession of Romania and Bulgaria to the European Union on January 1, 2007. Given the open-borders policy of the EU, this development effectively granted legal status to the Romanian and Bulgarian parolees overnight while leaving parolees from other countries out in the cold.

The authors consult data from the Italian Department of Prison Administration to track arrests of released prisoners in the months after the clemency and calculate recidivism rates for Romanians and Bulgarians as well as for other immigrants who didn’t gain legal status when the calendar turned to 2007. After adjusting for demographic differences, they found that re-arrest rates evolved quite similarly for the two groups in the last few months of 2006 but diverged almost immediately after the January EU expansion.

Ordinarily, a straight comparison of crime rates for the undocumented and legal immigrant populations isn’t that informative.

The two groups tend to have different demographics; one study found that the undocumented immigrant population in Italy was disproportionately comprised of young men with less education and few family attachments – all risk factors for crime. Setting demographic differences aside, the people who came to Italy without legal residency might be different in subtle ways from those who were able to get sponsored for a work visa, perhaps less able to navigate confusing bureaucracies or more willing to take risks. Additionally, the police or judicial system might treat these two groups differently, clouding the interpretation of arrest or conviction rates.

The authors argue that the sample of released convicts allows for a better comparison. The relevant demographic differences like age and marital status are well-documented by prison officials, so the sample can be reweighted to create two samples that are demographically similar. The immigrants in the sample who are not from Romania and Bulgaria are all from nearby countries, most of which have fairly similar linguistic, ethnic, and cultural traditions.

Additionally, any ex-convict with a pardon who is rearrested for any crime will immediately be returned to jail regardless of the severity of the new offense and, most importantly, regardless of legal status.

Using estimates of the size of the undocumented population in Italy, the authors calculate that immigrants without legal status are about eight times as likely to be arrested for committing a crime relative to immigrants who reside in Italy legally. But the decrease in crime among the newly-legalized immigrants found by the authors is big enough to account for half or more of this gap.

The authors’ hypothesis is that legal status reduces crime because it means access to good job opportunities. An immigrant hoping to come to Italy for work is supposed to wait until he can find an employer to sponsor him for a work visa, but finding a job remotely is sometimes impossible. Many people will sneak into the country or illegally overstay a tourist visa in the hopes of connecting with an employer who can end up sponsoring residency, but this rarely succeeds in practice given strict quotas for residence permits.

This results in a pool of undocumented immigrants who face a few unappealing choices: leave Italy, work in the informal sector with employers willing to pay them under the table, or supplement income with criminal pursuits. Unsurprisingly, research from the U.S. shows that undocumented immigrants face a significant wage penalty relative to foreign-born workers with legal status, and surveys show similar patterns in Italy.

When Romania and Bulgaria joined the EU in January 2007, the Romanian- and Bulgarian-born parolees no longer had this problem, but their counterparts from other countries had almost no hope of gaining legal status given their criminal backgrounds.

From a policy perspective, our findings suggest that the consequences of migration policy depend crucially on enforcement. Whatever level of migration quotas is fixed, it should be enforced, in order to prevent the formation of a pocket of illegal immigrants with a very low opportunity cost of engaging in crime.

The authors find two patterns in the data suggesting that job opportunities are indeed driving the difference in recidivism rates that appears in the figure above. First, the pattern of declining crime they find after January 1, 2007 is much stronger for prisoners who were originally convicted of economic crimes, like theft, money laundering, or copyright violations. When only violent offenders are considered, the effect disappears almost entirely, suggesting that violent crime is little affected by changes in legal status.

The authors also analyze how crime rates differ for prisoners released in different parts of Italy. Given the sharp north-south divide in the Italian economy, and particularly the larger informal labor sector in the south, it’s likely that gaining legal status has more meaningful benefits for immigrants in the north. And indeed, the decline in crime for Romanians and Bulgarians after EU enlargement is much greater in the north than the south.

The evidence that undocumented immigrants are more prone to crime simply by virtue of their legal status suggests pitfalls for any policy that would make it harder for them to work without also aggressively removing them from the country. The authors advocate for countries to pick a level of legal immigration they are willing to tolerate and then stick with it. At least in Italy’s case, failing to enforce migration quotas seemed to create an economically unmoored population with less disincentive to commit crimes. ♦

“Legal Status and the Criminal Activity of Immigrants” appears in the April 2015 issue of the American Economic Journal: Applied Economics.