Can a school-based program have a meaningful impact on gender inequality? 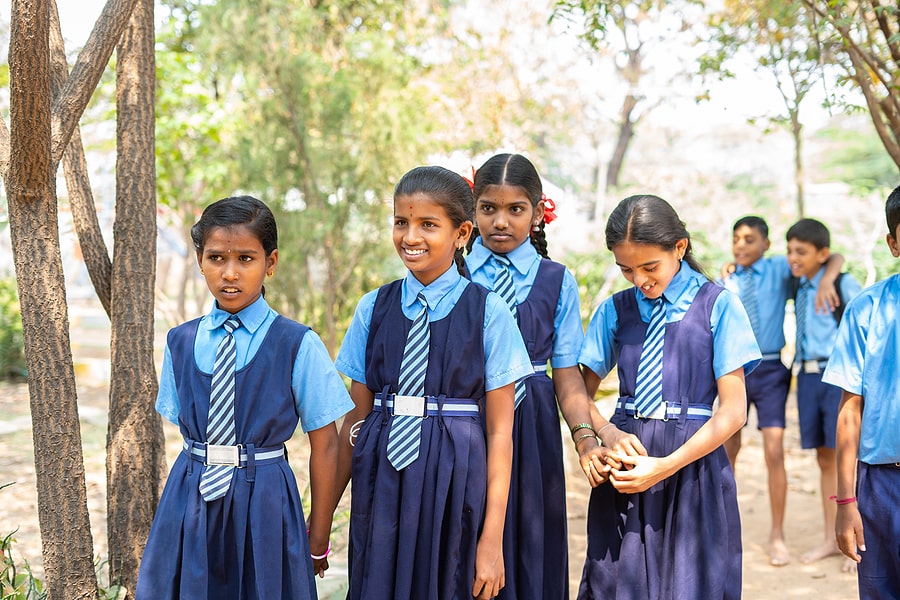 A school-based program in the Haraya state in India had a meaningful impact on adolescents' attitudes on gender.

For all the gains that India has made toward gender equality, it still lags behind much of the developed world in putting women on equal footing with men.

Policymakers are aware that more progress is needed and have taken steps to close the gap, such as giving families cash incentives to send their daughters to school. But shifting cultural attitudes rooted in centuries-old gender norms is a difficult challenge.

In a paper in the American Economic Review, authors Diva Dhar, Tarun Jain, and Seema Jayachandran examine the extent to which a school-based program in the state of Haryana reshaped the gender attitudes of adolescents. Their findings offer optimism for policymakers interested in fresh approaches to changing regressive ideas that restrict women’s freedom.

“The state was interested in having yet another cash transfer program, but we countered with the idea that perhaps another way would be to try and address gender attitudes through the school system,” Jain said in an interview with the AEA.

The authors worked with an organization called Breakthrough in Haryana, where gender inequality is significant. The state has fairly strict patriarchal norms and also has the most skewed child sex ratio, with fewer than 900 girls for every 1,000 boys, Jain said.

If I was talking to a policymaker, I would say do your own version of this program. But please try this.

Breakthrough sent “facilitators” into 150 schools to conduct exercises with students in grades seven to ten. Every few weeks, facilitators would spend 45 minutes discussing gender identity, values, aspirations, stereotypes, and discrimination with the students.

One session, for example, might focus on household chores. Facilitators would ask the class who did the cooking at home. When most would reply that it was their mother, the facilitator would raise the point that many professional chefs were men.

“This sort of questioning breaks the link between gender and the act of cooking,” Jain said. “There's nothing inherently female about the act of cooking. It's possible for men and women to be cooks. It's just that sometimes the gender norms are prescribed by society.”

These sessions continued for two and a half years. Students were surveyed before and after the program ended, and then again two years later when the students were around 17 years old.

Gender Inequality Index
The map below shows the score and ranking of each country based on the United Nations' Gender Inequality Index. The index measures inequality in three aspects of human development: reproductive health, empowerment, and economic status. Hover your cursor over each country to view its score and rank. Lighter colored countries are ranked higher.
Source: United Nations Development Programme (2022)

The authors found a notable and sustained shift toward more progressive attitudes. The shift was 0.18 standard deviations in the few months after the program ended, an effect equal to creating newfound support for gender equality in 16 percent of cases. Two years later, when the authors resurveyed, they found that the  effect on attitudes had persisted.

And the male students weren’t just expressing more progressive opinions; their behavior changed as well. An index of gender-equal behaviors increased by 0.2 to 0.23 standard deviations, both immediately after the program and two years later.

Breakthrough did not have the same impact on girls’ behavior, though. Jain said this could reflect the tighter restrictions girls have on their autonomy at home.

There’s no way of knowing whether this program would be as effective in another country because gender inequality varies so widely. Still, it highlights how a fairly simple intervention can be effective at transforming attitudes.

“This is a fairly cheap way to improve people’s lives,” Jain said. “If I was talking to a policymaker, I would say do your own version of this program. But please try this.”

“Reshaping Adolescents’ Gender Attitudes: Evidence from a School-Based Experiment in India” appears in the March 2022 issue of the American Economic Review.

Fertility rates are declining in poor countries. Family planning campaigns are part of the reason why.

Biking to a better future