Fertility rates are declining in developing countries. Family planning campaigns are part of the reason why. 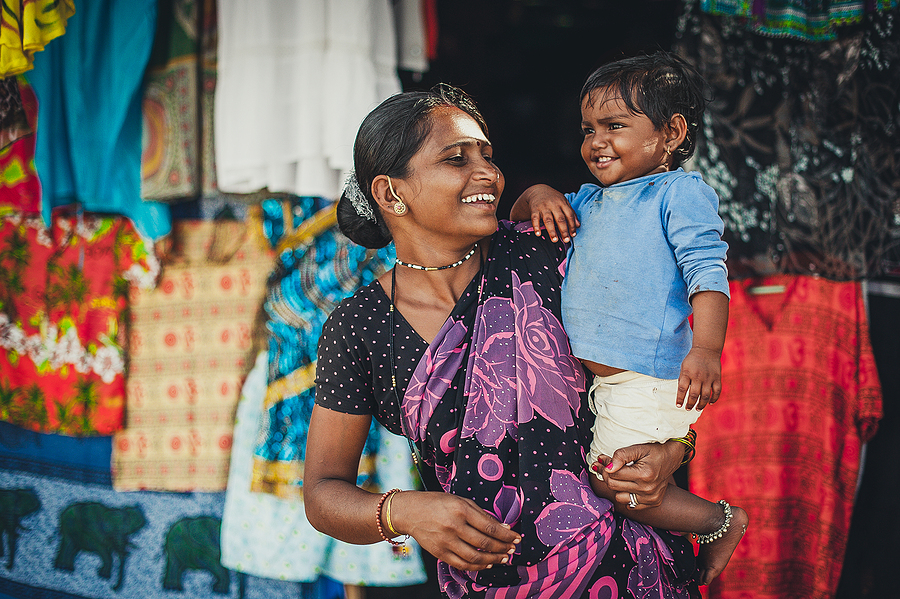 Women around the world are having fewer children than they were decades ago.

It’s not just in rich countries, either. The decline has been dramatic in developing countries like India and Bangladesh.

No doubt, there are socioeconomic reasons for this. Economists have pointed to improved healthcare, more women working, and urbanization. But a paper in the American Economic Journal: Macroeconomics says there is something that researchers are missing.

“Our paper shines a spotlight on the role of policy in influencing social norms on fertility,” said co-author Tiloka de Silva in an interview with the AEA. “More specifically, the population control and family planning policies that were implemented in many developing countries from the 1960s led to a meteoric fall in fertility rates that far outpaced income and other economic factors.”

Fertility is intrinsically linked to development. Families with fewer children can invest more in their education, which leads to higher earnings later in life. It also affects productivity and is critical to women’s empowerment.

The issue was a global concern in the second half of the 20th century. The rapid decline in mortality rates and high fertility fed fears about a population explosion and whether communities could support such a massive increase in people who needed to be cared for.

So a coalition of groups from the US, Sweden, and India began developing policies to slow the growth. By the mid-1970s, 40 countries accounting for 58 percent of the world's population had explicit policies aimed at reducing family sizes. Today, 160 countries have direct government support for family planning.


Shrinking families
Fertility rates have declined dramatically around the globe over the past six decades. The map below shows the decline in the total number of births per woman in each nation since 1960.
Source: World Bank (2020)

Public health campaigns that included billboards, posters, and other media promoted the benefits of small families. One common billboard showed two families standing in the rain—one with two children, and the other a much larger family. The smaller family appears happy while fitting comfortably underneath an umbrella. The larger family is getting soaked. The message was clear: it’s easier to provide for a smaller family, and your life will be better for it. These information campaigns were complemented by efforts to expand access to contraception.

De Silva and Tenreyro wondered whether these family planning campaigns could help explain why some developing countries, like Nepal or Bangladesh, had similar birth rates to advanced economies like France. Clearly, the old models that attributed falling fertility rates with economic development were missing something.

De Silva and Tenreyro updated the old framework to include the impact that these efforts had on shifting social norms.

When they put their model to the test, they found it generated a faster and larger decline than that yielded by the model without changing cultural attitudes.


[C]arefully thought out public campaigns that take into account differences across countries and communities can be successful in informing and shaping social norms and attitudes.

The most successful campaigns tailored their message to the population they were trying to reach, de Silva said. And they were everywhere—posters, billboards, stamps, calendars, schools, hospitals and clinics, even people going door-to-door.


There could be other factors at play. Cultural attitudes about family size could be influenced by television, for example, or more recently exposure to online media.

Still, there’s clear evidence that public health campaigns played a role in driving fertility rates lower. Economists must take these policies into consideration when studying this issue in developing countries, according to de Silva.

There’s also a takeaway for policymakers who are taking on other global challenges, such as climate change. These policies may not be perfect, but they show that change can be addressed through international cooperation.

“[C]arefully thought out public campaigns that take into account differences across countries and communities can be successful in informing and shaping social norms and attitudes,” de Silva said, “which could potentially be used to solve global problems.”

“The Fall in Global Fertility: A Quantitative Model” appears in the July issue of the American Economic Journal: Macroeconomics. Subscribe to the monthly AEA Research Highlights email digest.

Why declining family size is leading to more “missing women”

Surveys in India shows preference for boys is still strong