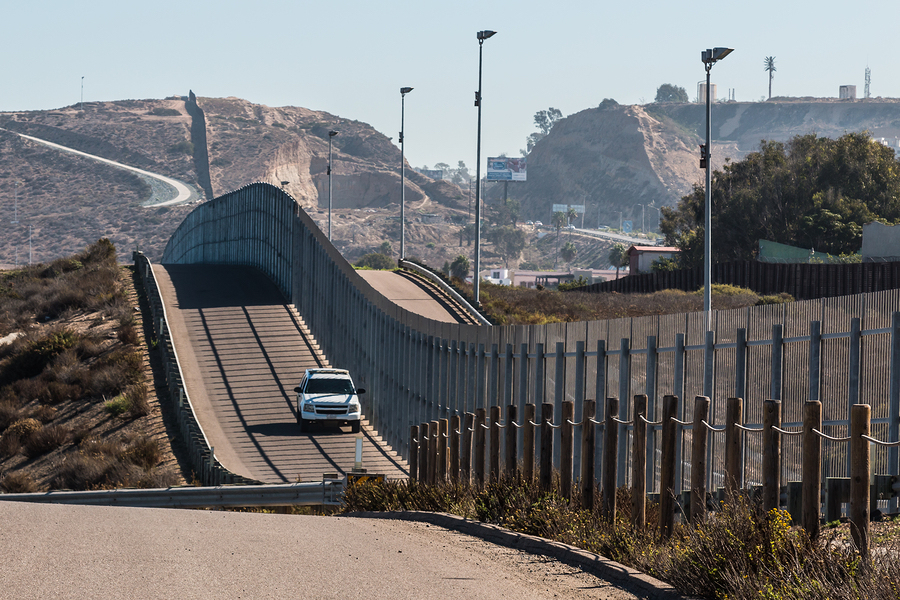 Border Patrol vehicle along the fence between San Diego, California and Tijuana, Mexico

The link between immigration and crime has been a cornerstone of recent immigration policy. However, this connection is largely false; immigration is not known to drive up crime rates, and it may even lower them.

A paper in the May issue of the American Economic Journal: Economic Policy goes one step further: citizenship status may not be an important factor when looking at immigration and crime, but employment status is.

Authors Matthew Freedman, Emily Owens, and Sarah Bohn found that recent immigrants are more likely to commit income-generating crimes when they are barred from participating in the labor market. “A policy that restricted the ability of immigrants to fully participate in society actually seemed to create the problem that was in the forefront of the public mind, which was the link between immigration and crime,” said Owens in an interview with the AEA.

The authors analyzed immigration, crime, and employment data in San Antonio around the time of the Immigration Reform and Control Act of 1986 (IRCA). The reform granted legal status to almost three million people who had been in the US since 1982 and set a two-year deadline for amnesty. After the 1988 expiration of the Legally Authorized Workers (LAW) program, one of the major components of IRCA, it became illegal for employers to knowingly hire undocumented immigrants.

IRCA’s enactment had no effect on crime, but the loss of amnesty — and the ability of immigrants to find work — did. Once LAW expired, financially motivated crime shot up among recent immigrants.

A policy that restricted the ability of immigrants to fully participate in society actually seemed to create the problem that was in the forefront of the public mind, which was the link between immigration and crime.

The expiration of amnesty increased felony charges against recent immigrants — but only for crimes that were a close substitute for work, such as selling drugs. For income-generating crimes among Hispanic residents in a high-immigration neighborhood, felony charges jumped by 14 percent when LAW expired. 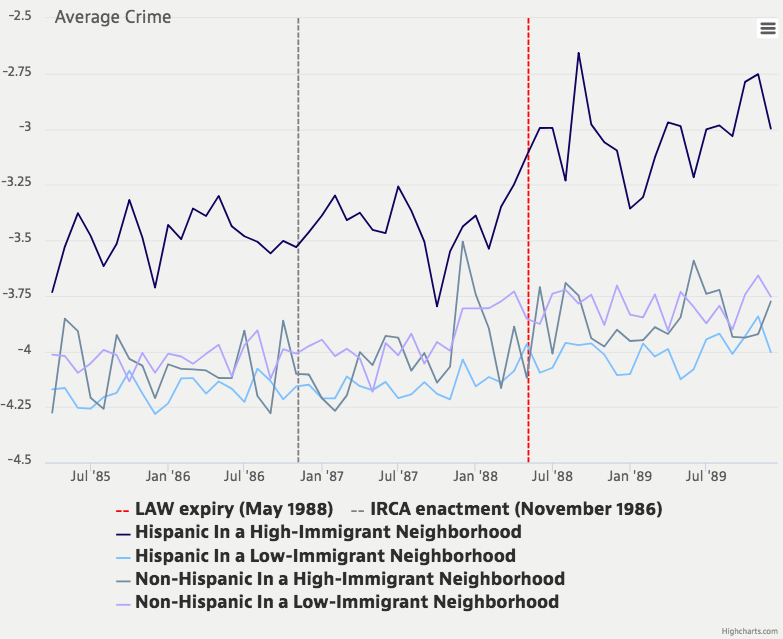 Other types of crime, such as violent crime, did not change in 1988. However, violent crime rates among recent immigrants did drop after IRCA’s enactment. This was probably due to immigrants’ efforts to avoid charges that would have jeopardized their amnesty applications.

Moreover, the authors tested alternative explanations for this change in criminality and found that they could not attribute it to other factors such as changes in police behavior.

Although crime rates did increase, they were still relatively low. “It’s not as if we’re creating super-criminals with the legal restrictions on work for immigrants,” said Freedman. “Rather, we’re changing the criminal behavior of this group from very low to more moderate.”

From the perspective of crime outcomes, legal status does not seem to be a relevant factor. However, the ability to fully participate in the labor market —  a critical element of immigration policy — does seem to matter.

As policymakers consider ways to deter immigration, they should be aware that restricting immigrants’ ability to work has unintended consequences. In fact, it exacerbates the same concerns that they may be trying to diminish.

"Immigration, Employment Opportunities, and Criminal Behavior" appears in the May issue of the American Economic Journal: Economic Policy.

An interview with Leah Boustan about immigrant earnings, assimilation, and policy