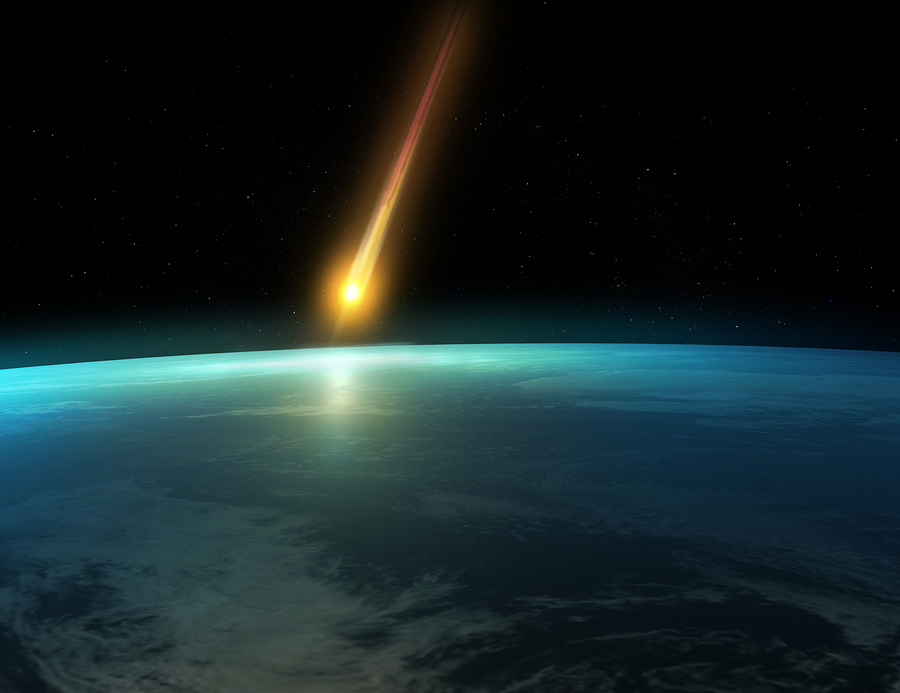 Artist’s conception of a catastrophic asteroid impact. If society is confronted with several possible catastrophes, the decision about which catastrophes to avert is not straightforward.

Is it worth paying $40 million a year for research that could forestall a deadly global pandemic? What about $500 million for a new space telescope to detect potential asteroid threats, or $2 billion to make power grids more resilient to an electromagnetic pulse attack?

Paying upfront to avoid a widespread catastrophe is akin to buying an insurance policy for planet Earth – one that may or not be worth the price. For some, a modest increase in taxes might be worth it to prevent a catastrophic asteroid impact or power grid failure, while others might consider that foregone income more valuable than protection against distant and unlikely threats. Society's willingness to bear risk is central to the question of whether these projects are worthwhile.

Our tastes for taking on more risk depend on personal preference but also on how much risk we are already bearing, so a fail-safe plan to protect power grids might change how we feel about paying for protection against asteroids. An article appearing in this month's issue of theAmerican Economic Review argues that conventional cost-benefit analysis can break down in the context of global-scale disasters because of the way that catastrophes affect our collective appetite for risk.

In Averting Catastrophes: The Strange Economics of Scylla and Charybdis (PDF), authors Ian Martin and Robert Pindyck point out that each potential global catastrophe presents a background risk that colors all of our decisions about what other risks are worth taking. When designing optimal policy for preventing catastrophes, governments and international organizations should consider all potential sources of risk at once. However, cost-benefit analyses typically do not take this approach.

Conventional cost-benefit analysis for, say, an initiative to prevent a devastating asteroid impact would go something like this. A decision-making body would gather evidence about the cost of preventive measures, like a telescope to track asteroids or research into asteroid-deflection techniques. It would also try to estimate the likelihood of an asteroid impact occurring in the absence of any preventative measures. Then, taking into consideration society's risk tolerance (which can be gleaned from analyses of stock market returns or survey responses about well-being), the body balances the costs of action against the benefits of eliminating the risk and determines if the initiative is worthwhile.

Conventional cost-benefit analysis can be applied directly to “marginal” projects, i.e., projects whose costs and benefits have no significant impact on the overall economy. But policies or projects to avert major catastrophes are not marginal; their costs and benefits can alter society’s aggregate consumption, and that is why they cannot be studied in isolation.

The authors argue that such an analysis neglects to account for lurking background risks that affect risk appetite. Suppose in the midst of the decision about asteroid deflection, society undertakes a separate project that eliminates the threat of catastrophic climate change. After breathing a sigh of relief, society should now be more willing to take on additional risk in other domains (some evidence for this risk-balancing behavior has been found in financial markets). This means society is somewhat less willing to pay for subsequent risk-reducing measures.

Even though the technical challenge of asteroid deflection hasn't changed, the value of the asteroid defense project has decreased due to the reduction of background risk. It may still be worth doing even in a world where climate change is no longer a threat, but the point is that cost-benefit analysis is insufficient in an environment with many possible major disasters and shifting risk preferences.

The authors propose a new cost-benefit methodology that requires keeping track of all possible disasters (which is obviously a much more demanding task). Organizations deciding which catastrophes to avert must consider not only the costs and benefits of each project, but also how risk aversion changes when each catastrophe is hypothetically neutralized. Only then should they choose the subset of catastrophes that they actually want to pay to eliminate, and those they want to leave up to chance.

The authors show that this can lead to some counterintuitive results, like situations where it is not optimal to avert the “worst” catastrophe, but is optimal to avert many smaller ones instead. It also means that any analysis without an accounting of all relevant disasters could be badly wrong. Omitting a major disaster from the analysis can leave society overexposed to risk, or leave it spending a colossal amount of money averting several disasters where a cheaper one should have been averted instead.

The graphic above depicts an illustrative example with seven potential calamities. Using certain assumptions about societal risk tolerance, patience, and cost of prevention, the authors find that only five of the catastrophes should be averted, even though society would be willing to pay to avert each one in isolation. The most damaging catastrophe in this simplified world (climate change, which is assumed to cause a permanent 20% reduction in GDP) is not averted because it is relatively unlikely.

The assumptions about the likelihood and costliness of each disaster are just rough guesses. Drag the catastrophes in the graphic to change the assumptions about each disaster and see how the optimal policy changes (green dots denote disasters that should be averted). The authors note that they cannot devise many useful rules of thumb like "always avert the biggest catastrophe first" – each possible permutation of policies must be considered, with sometimes surprising results.

Assumptions about societal risk tolerance can be changed as well by adjusting the slider bar at the top of the figure (the slider allows a parameter called the coefficient of relative risk aversion to vary between 2.0 and 5.0). As risk aversion becomes more severe, society will be more eager to avert unlikely-but-costly disasters such as climate change.

The authors establish the principle that cataclysmic risks cannot be considered in isolation, but they note that this approach has yet to catch on among practitioners. This is little wonder considering that a full accounting of all possible disasters might be prohibitively difficult. And does this imply that no government can take any major action to prevent catastrophes without first considering even the most outlandish possible disasters? The authors call for further research on how to make this framework more actionable so that society can confront global threats with the best possible strategy. ♦

"Averting Catastrophes: The Strange Economics of Scylla and Charybdis" appears in the October 2015 issue of the American Economic Review.