The impact of the unilateral divorce revolution in the U.S. 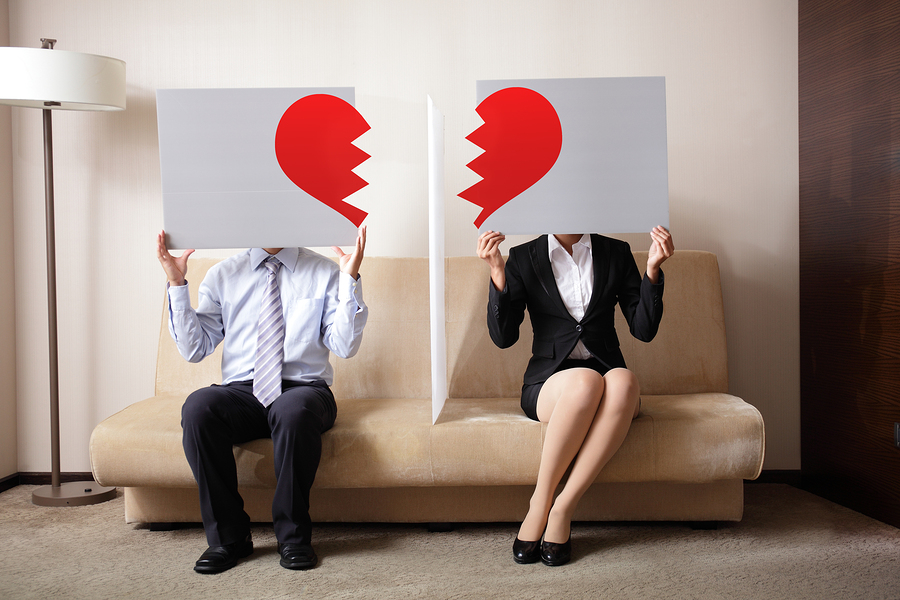 The laws governing divorce in the U.S. changed dramatically during the 1960s and ‘70s. Divorce laws have a powerful influence on married couples, even if they will never get divorced, because they can affect the bargaining power of each spouse within the marriage.

Armed with a more subtle model of family dynamics, researchers have shown that child poverty can be underestimated by traditional measures, and that the most effective way to get aid to poor children may be to give it to their mothers, not their fathers. A new paper appearing in this month's issue of the American Economic Review extends the collective model to a dynamic context to understand the impact of divorce laws on the behavior of married couples over time.

In Yours, Mine, and Ours: Do Divorce Laws Affect the Intertemporal Behavior of Married Couples? (PDF), author Alessandra Voena examines data from a period in the U.S. that has come to be called the "unilateral divorce revolution." In the 1950s and 1960s, most U.S. couples entered into a marriage regime where divorce was relatively rare and required the consent of both husband and wife. But during the late 1960s and early 1970s, unilateral divorce (which allowed either spouse to initiate divorce proceedings without the other's agreement) became available in a growing number of states. As Voena shows, this legal change had big implications for married couples — even those that never got divorced.

Before the revolution in divorce laws, marriage represented a serious, binding commitment: a married woman could not divorce her husband unless he agreed to it, or unless she could prove wrongdoing like abuse or infidelity. Many brides during this period had less education and hence less earning power than their husbands, and faced discrimination in a workplace that still favored unmarried women in some jobs. As a result, the typical newlywed wife during this period had little bargaining power within her marriage, and stood to enjoy less consumption than her husband. In practical terms, this might mean less spending on consumer goods that she wants, less control over how leisure time is spent, and a larger share of household chores.

A revolution in U.S. divorce laws
The number of states adopting two major divorce law reforms, 1967–1992. Mutual-consent divorce laws and property division regimes based on formal titles were commonplace at midcentury but are extinct today.
Source: Table F.1 of Voena (2015)

With the introduction of unilateral divorce, the bargaining position in some marriages changed virtually overnight — especially in states with equitable distribution laws that required an equal or near-equal distribution of a couple's assets in divorce. Now women who were unhappy in their marriages could initiate divorce proceedings, and they had claim to many of their husband's assets. As Voena points out, the new laws changed the “threat-point” of divorce, the point at which someone can credibly threaten to leave the marriage. This served as a powerful motivator for husbands to start sharing resources and responsibilities more equally.

Historical survey data shows that the advent of unilateral divorce brought big changes to many marriages. In states with community property statutes, women who were already married began working less outside the home, and time use studies confirm that these women ultimately enjoyed an increase in leisure time (although they also tended to take on more child care responsibilities). Meanwhile, the data shows that households also began accumulating more savings in these same states after the introduction of unilateral divorce, although the survey was not detailed enough to indicate how or why households were doing so.

These changes have been well-documented in previous work. To gain more insight into exactly why these changes might have happened, the author develops a dynamic collective model of the household, where a husband and wife jointly determine their household savings, who will join the labor force, and whether to divorce. The specter of divorce hangs over the participants in the model because each spouse knows that the other will seek a divorce if the future stream of income and consumption of divorcé life outweighs the benefits, financial and non-financial, of staying in the marriage.

Despite its centrality in intra-household and policy analysis, we know little about how consumption is allocated in marriage or about where the decision power in marriage stands.

Voena estimates the parameters in the model so that it matches real-life divorce rates and mimics the labor force and savings effects observed in the data. By combining these estimates with a set of assumptions about how couples behave, the model can provide a much more detailed picture of what is actually happening within these marriages, even though the historical survey data does not actually tell us how resources were split between husband and wife, or which marriages were close to dissolution.

The model indicates that before unilateral divorce is introduced, a wife's weight in household decision-making is only about 40% of her husband's, and that the introduction of unilateral divorce improves women's share of consumption from 39 percent to 41 percent on average. Although this change seems slight, the change in consumption for those women near the divorce threat-point was more dramatic. This subgroup gained significant bargaining power with the change in divorce laws.

The model also provides an explanation for the increase in savings that appeared in the years after unilateral divorce was introduced. Unilateral divorce gives the spouse with more assets within marriage (typically the husband) incentive to increase savings as a form of insurance against the potential loss of wealth in divorce proceedings. On a more sour note, the model also shows that unilateral divorce tends to undermine risk-sharing between husband and wife. This happens because each spouse has the power to leave, or threaten to leave, if his or her partner falls on hard times (e.g. loses a job or incurs large medical expenses).

For U.S. couples during the 1970s, unilateral divorce was a financial game-changer. Today's newlyweds tend to be much more evenly balanced in earning power compared with the couples examined in this study, so the availability of unilateral divorce in 2015 might not have quite the same salience it had forty years ago. Nevertheless, this study is a demonstration of the power of the collective model to illuminate economic developments within the household, and future research will tell us more about how the economics of marriage are changing in the twenty-first century. ♦

"Yours, Mine, and Ours: Do Divorce Laws Affect the Intertemporal Behavior of Married Couples?" appears in the August 2015 issue of the American Economic Review.