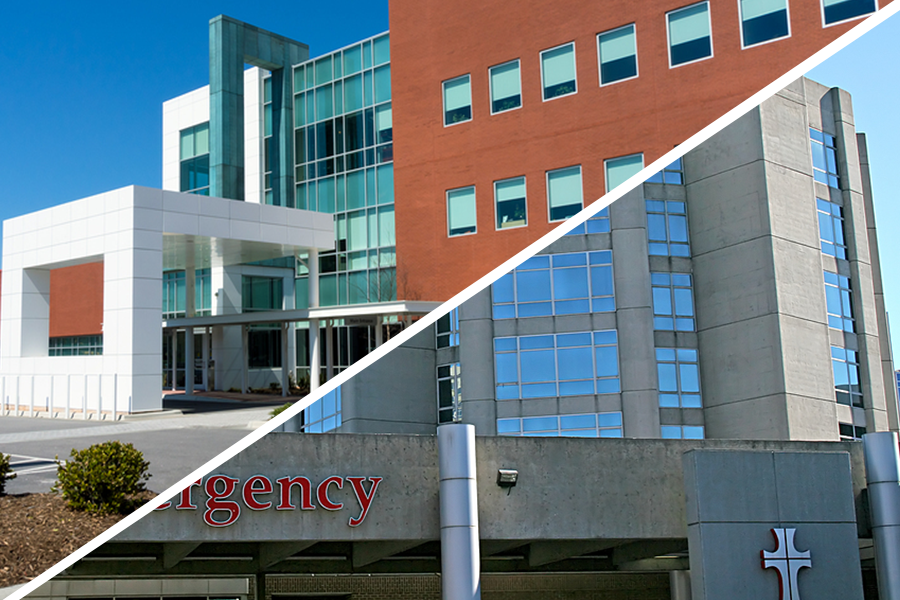 Last year experienced the highest number of mergers between hospital systems in recent memory, including ten “mega-deals,” the most on record.

But as health care providers extend their reach, new questions emerge about how consumers will be affected, especially when it comes to the cost of care.

In the August issue of the American Economic Journal: Economic Policy, UCLA economist Matt Schmitt says that hospital prices can increase even when a merger doesn’t reduce competition in a market. His findings offer new insights for policymakers and consumer advocates to consider as an increasing number of local and regional hospitals get gobbled up by larger health care providers based hundreds of miles away.

“The standard tools for antitrust enforcement are much more developed for cases where there is a clear reduction in competition,” Schmitt said in an interview with the AEA. “There’s newer literature pointing out that other types of mergers may have potential to impact competition as well.”

Proponents of health care consolidation often argue that combined systems will leverage their scale to find efficiencies that will lower the cost of care.

The standard tools for antitrust enforcement are much more developed for cases where there is a clear reduction in competition... other types of mergers may have potential to impact competition as well.

Antitrust officials have warned that the opposite could happen if hospitals use their market domination to drive up prices. However, not every merger results in market concentration. More than a third of hospital mergers that Schmitt studied between 2000 and 2010 did not involve hospitals that overlapped markets. Also, 13 percent didn’t even operate in the same state. These mergers weren’t technically reducing competition. As far as consumers were concerned, their existing hospitals were just swapping out names.

Schmitt says, however, that patients — or rather their insurers — still may have reason to worry about price increases.

He looked at hospital mergers that resulted in two separate providers competing in multiple markets. This is happening with increasing frequency.

In 2000, over 40 percent of “hospital referral regions” — regional health care markets for highly specialized medical care, or “tertiary care” -- were served by just one major hospital rather than two competing providers. By 2012, that had fallen to 29 percent. Over the same period, the number of regions with a pair of owners that also competed in another market increased from 9 percent to 14 percent, a greater than 50 percent increase.

Hospital mergers on the rise
There were 115 hospital M&A transactions in 2017, the highest number in recent history. The chart below shows how consolidation in health care has been on an upward trend over the past few years.
Source: KaufmanHall (2018)

In this scenario, Schmitt wondered how the Oklahoma City deal would affect prices charged back in Mount Vernon.

Why focus on Mount Vernon and not Oklahoma City? Because there might be all sorts of other factors that cause prices to rise in Oklahoma City that have nothing to do with competition, Schmitt says.

It’s not uncommon for management practices to change after a merger, which could result in an immediate rise in costs. Or, maybe the acquiring hospital was interested in the deal precisely because it saw that prices were going to rise in that region, an effect that had nothing to do with the fact that it was expanding into an existing competitor’s market.

Any changes in Mount Vernon prices are less likely the result of management changes or some sudden shift in the market.

Examining more than 100 mergers between 2000-2010, Schmitt estimates that an increase in multimarket contact among hospitals led to price increases of 6 to 7 percent. Competition did nothing to keep price inflation under control.

Importantly, his analysis involves prices charged to insurers, not the costs borne by patients themselves. So it’s difficult to know how this scenario actually impacts patients.

This still raises the question: what caused prices to increase? Why couldn’t the hospitals have just maintained them? Schmitt says its difficult to say. In theory, there could be some kind of tacit collusion happening under a variety of circumstances, but he says he was unable to identify what those circumstances might be.

Negotiations between hospitals and insurers are confidential, which makes it difficult to determine what is driving the effects.

“We can’t get into the board room of major hospital systems to hear about how they are thinking of negotiating with major insurers,” he said. “That makes directly testing mechanisms very difficult.”

Still, Schmitt hoped the paper would open up new avenues for researchers and give policymakers something to consider. A hospital merger in one state may have consequences that ripple out to markets hundreds of miles away.

“I think policymakers need to consider the possibility that cross-market mergers can impact competition,” Schmitt said.

“Multimarket Contact in the Hospital Industry” appears in the August issue of the American Economic Journal: Economic Policy.

Can price controls at hospitals help the uninsured?

The consequences of ‘fair pricing laws’