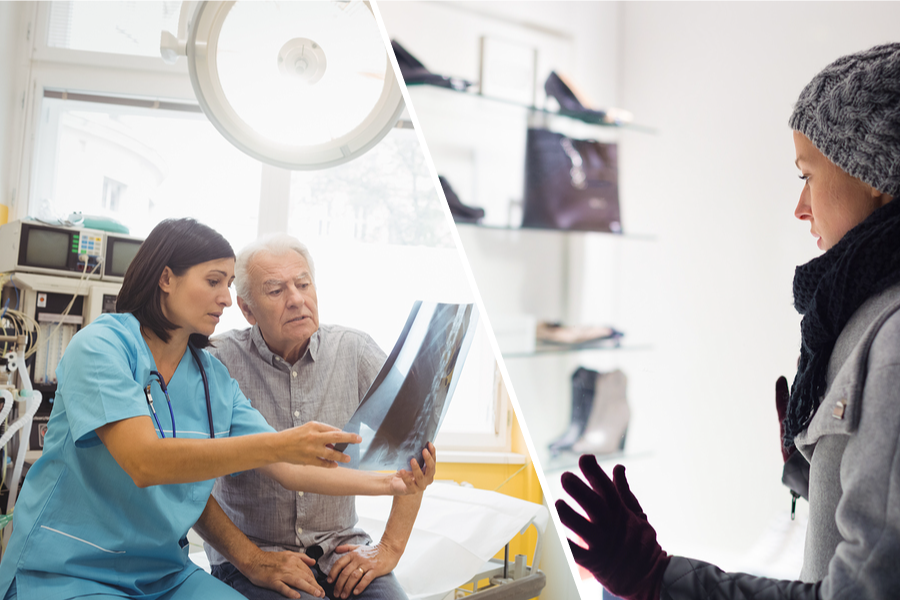 Nobody shops for their doctor like they would buy a T-shirt or TV, but health care providers may have more in common with retailers than we thought.

A study published in the August issue of American Economic Review found that hospitals – long thought to be economic islands apart from typical market pressures – are shaped by consumer-driven forces like in other industries.

The findings challenge long-held beliefs about health care “exceptionalism” and raise questions for policymakers as they consider reforms to the $3 trillion U.S. health care sector. Debates around lowering costs and expanding care have been framed by assumptions that health care is an insular system. But in “Health Care Exceptionalism? Performance and Allocation in the US Health Care Sector,” the authors suggest that other sectors of the economy may offer insights in how to steer more patients to the best hospitals and improve the overall quality of care.

Our results reject the strong form of the health care exceptionalism hypothesis: that there are no forces allocating market share to higher quality hospitals.

The idea that hospitals operate outside of typical market pressures goes back at least 50 years. Economists argued a hospital’s share of the market – number of patients – wasn’t tied to the prices it charged or the quality of care it provided. Why? Because consumers didn’t know any better. They didn’t have the information that would allow them to compare one hospital’s quality to another. Also, patients didn’t choose a hospital based on price – like they might if they were buying a hamburger – because patients typically don’t pay hospital bills out of their own pocket, their insurer does.

This created a problem: Typical market forces that drive companies to innovate in order to attract customers didn’t apply to hospitals. The best hospitals weren’t rewarded for efforts to provide better or lower cost care, and the worst hospitals weren’t punished. They weren’t really competing the same way as other industries.

Health care leaders have used that argument as justification for merging and forming alliances, arguing it was better for their institutions to work together rather than compete for patients.

“We understand that the health care system of this country is in need of change – to make it more affordable, accessible and sustainable,” Kevin Callahan, CEO of Exeter Hospital in New Hampshire, said when announcing an alliance with cross-state rival Dartmouth-Hitchcock. “Working together with Dartmouth-Hitchcock and other health systems in the state, Exeter is playing an important role in bringing about that change.”

But in “Health Care Exceptionalism?” the researchers found that the best hospitals are rewarded by attracting more patients. Using Medicare data, the researchers measured hospital quality based on survival and readmission rates, following best practices and patient perceptions reported in surveys. Then they looked at where Medicare patients sought treatment for heart attacks, congestive heart failure, pneumonia, and hip or knee replacements.

The results showed that higher quality hospitals ended up with the most patients. There was a link between hospital quality and its market share after all.

Top hospitals attract more patients
Hospitals that were better at treating heart attacks, heart failure, and adhered to standard processes of care also attracted more patients than competitors. The red line represents a baseline hospital, and the data points reflect the number of patients who went to a higher quality institution in the same market.

There was a similar relationship between quality and market share for the other conditions studied. Even more, the best hospitals extended their lead over competitors as time went on. A hospital with a survival rate for heart attacks that was 1 percentage point higher than a competitor would have 1.5 percentage points faster growth.

Patient satisfaction didn’t seem to matter as much. The authors speculate that this has something to do with what the surveys measure – such as having quiet rooms – and how patients make decisions about where to get treated. For example, someone suffering from pneumonia may not care how quiet the hospital rooms are; they just want to get cured. Their decision to drive farther for a higher quality hospital would more likely be based on that hospital’s better track record for survival and readmission, but maybe not because it has a quieter room.

Still, the evidence is clear: The best hospitals grab the biggest market share. Just like other industries, they are shaped by consumer demand.

The implications for health care reform are unclear, and there are other questions to be addressed about cost efficiency. Just because a patient chooses a higher quality hospital does not mean that the hospital also offers the best prices. (Although they often do.)

The report’s findings still have implications for health care reform. Health care is not an island unto itself. Maybe other industries – from bottlecap makers to banks – have lessons to offer at a time of radical transformation in health care.

And maybe hospitals have lessons for those banks and bottlecap makers as well.

“Health Care Exceptionalism? Performance and Allocation in the US Health Care Sector” appears in the August issue of The American Economic Review.

A piece in The Atlantic cited a 2012 piece from the American Economic Journal: Economic Policy about the connection between family income and infant health