Would requiring incumbents to match their previous best vote share improve our democracy? 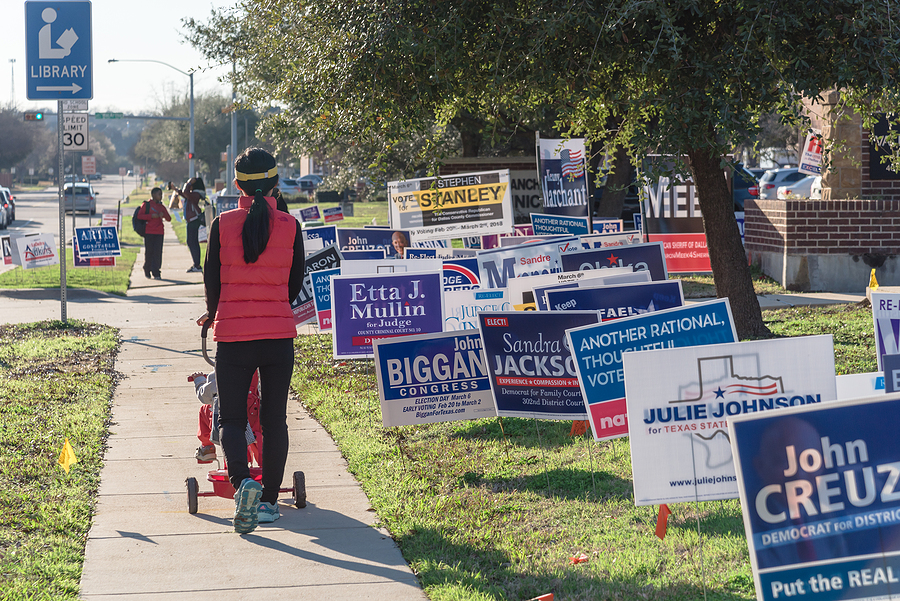 Competitive political races tend to attract the most press attention, but they are the exception rather than the rule. Far more races feature incumbents who sail to an easy reelection.

Especially during an intensely polarized environment, the inability to seriously challenge entrenched power is a threat to democracy.

“History-bound reelections are a great new tool for democracy and – in times of sharp political polarization – they might be particularly beneficial,” Gersbach said in an email interview with the AEA.

America’s polarization has been blamed on a variety of factors — gerrymandered districts, racial resentment,  economic inequality, and other issues. A big obstacle to changing the system is that most of the people holding power in Washington do not face serious threats to their seats. Office-holders enjoy advantages such as the right to send campaign literature at tax-payers’ expense, as well as generally heightened visibility that comes with their job. In 2018, 91 percent of incumbents were reelected to the US House of Representatives.

Maintaining power
Office-holders in the US House of Representatives and Senate rarely face serious challenges to their seats. The chart below shows the share of incumbents who won their reelection campaigns since 1946.
Source: Brookings (2019)

The larger issue is that reelection is a crude tool for voters to exercise their control on policy choices, Gersbach said. This paper proposes a modest change that would still be close enough to the existing “majority rule” approach—and that satisfies liberal democracy’s fundamental principles—while also making it more difficult to develop entrenched power.

The result is putting elected officials in office who are less ideologically strident and more effective at serving their constituents, according to Gersbach.

History-bound reelections are a great new tool for democracy and – in times of sharp political polarization – they might be particularly beneficial.

In theory, an office-holder would have to perform as well as possible in order to maintain a winning vote share. This doesn’t mean that candidates in highly conservative or liberal districts would suddenly become centrists, but they might at least become more moderate.

“For reelected office-holders, this should reduce incentives to indulge in their own ideological preferences or to defend extreme positions,” Gersbach said.

Of course, there may be times when having a moderate representative isn’t in the best interest of voters. Facing a high bar for reelection, an official may be reluctant to take a principled stand on a divisive issue, for instance.

Importantly, this is a system that can be easily tweaked. The threshold could be reduced by some margin relative to the highest score in the past, according to Gersbach. Maybe the rules would be applied only after the first reelection, to reduce the pressure to match a high score too early and to foster far-sightedness.

Also, this approach could be applied beyond politics to any system where candidates run for reelection, such as corporate boards. Wherever it is tried, Gersbach said it is a worthwhile experiment on as large a scale as possible.

“History-bound Reelections” appears in the August issue of the American Economic Journal: Microeconomics.