Should the United States be worried about its growing monopolies? 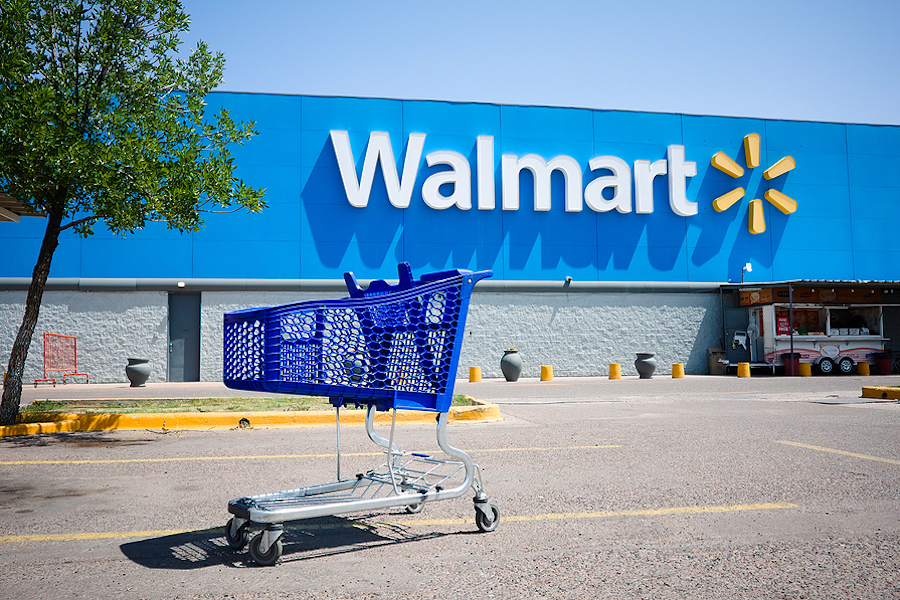 Not since the heydays of AT&T and IBM has the United States seen companies like Google, Amazon, and Facebook dominate their respective markets. The rise of these new titans of industry has raised alarms across the political spectrum, with many worrying that oligopolies might be depressing wages and running roughshod over consumers.

But those fears may be overblown.

A paper in the American Economic Journal: Microeconomics confirms that oligopolies are indeed growing in many sectors, but that market concentration is positively correlated to productivity and real output growth, which is benefiting the overall economy.

“I think a lot of the debate in the United States about monopolies and market concentration is devoid of basic underlying facts about what has happened over the last forty to fifty years,” author Sharat Ganapati told the AEA in an interview. “I think the most important thing about this paper is that it lays out what has happened to prices, concentration, output, and productivity.”

Ganapati analyzed the majority of the private sector economy—over 75 percent of gross output in 2012—and associated price data from 1972 to 2012. 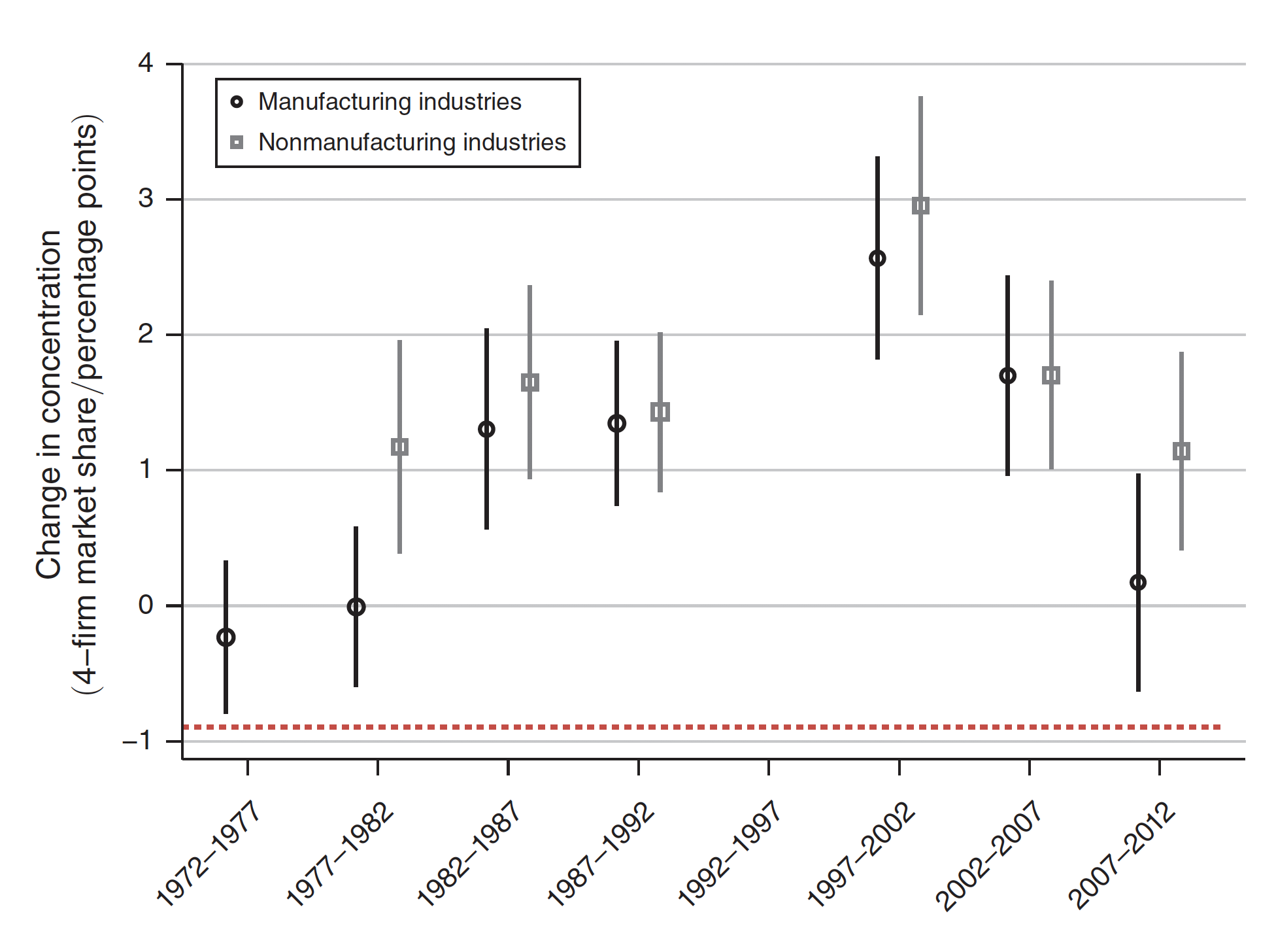 The data revealed a few patterns that don’t fit with a naive view of economic monopolies. In the most basic models, if companies are big enough to influence the market, they try to do so by restricting output and increasing prices for consumers.

However, Ganapati found that when concentration was higher within an industry, it actually tended to have more real output growth. A 10 percent increase in the national market share of the four largest firms was correlated with a 1 percent increase in real output. On top of that, price hikes were not at all correlated with increased market concentration.

Why doesn’t growing concentration appear to be a problem?

Across industries, a few leaders increased productivity, which allowed them to expand real output and hold down prices while maintaining or reducing the size of their workforces.

The picture that emerges is one of a few so-called superstar firms outpacing their competitors in a technological arms race. But Ganapati says that these firms often look more like Walmart and Sysco—a multinational food supplier—than Google and Facebook.

“Walmart is a great example of what's going on. They spent billions of dollars in the ‘80s and early ‘90s computerizing their entire infrastructure operations,” Ganapati said. “It gave them an almost insurmountable lead for 20 years in the big-box store industry, letting them kill off rivals such as Sears and JCPenney.”

This doesn’t mean that these companies passed on all their productivity gains to consumers, Ganapati explained. They are still incredibly profitable. It’s just that some of those profits are potentially deserved because the companies invested in ideas before they were profitable. In other words, superstars may be making profits today to make up for losses in the past.

Moreover, there were still some sectors that exhibited the classic symptoms of traditional monopolies. In particular, market concentration in the health care sector was correlated with price increases.

Ganapati's work demonstrates that many questions about monopolies are empirical and that the potential harm they cause falls on a spectrum.

When consolidation and competition go hand in hand

Growing demand for hotels led to fewer, bigger firms in the 70s—but the business didn’t become any less cutthroat.