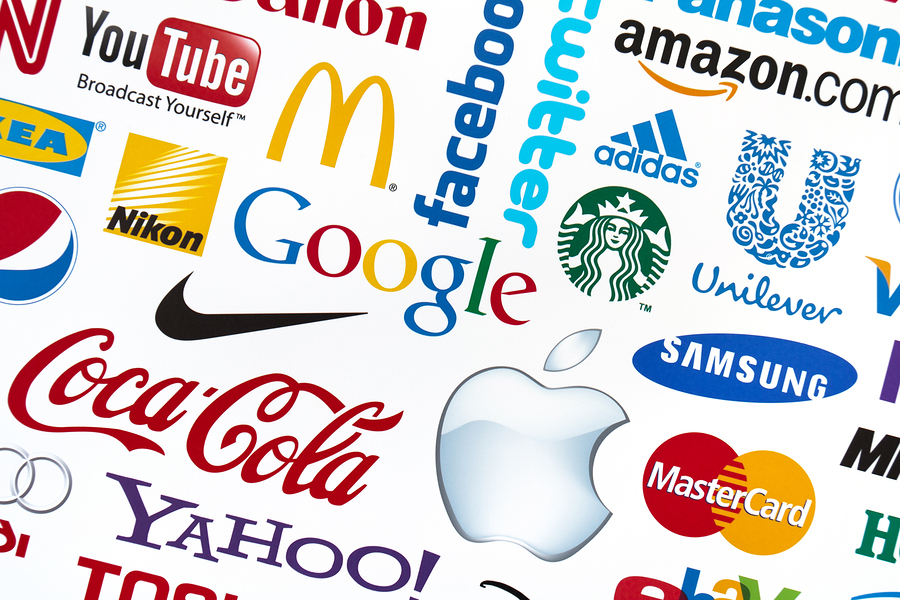 Politicians and activists are warning that mega-companies like Facebook, Wal-mart, and Amazon are returning America to the Gilded Age. They point to record breaking profits and mergers the size of small countries.

On the other hand, many economists and antitrust lawyers aren’t panicking. They say innovation and better management are driving these so-called superstar firms to unprecedented levels of efficiency. Their size and dominance is just a side effect.

However, both may be missing the bigger picture.

America’s industry leaders have looked mostly the same since the 1960s, according to a paper published in this year’s AEA Papers and Proceedings.

“There has always been superstars in the US economy, great firms that symbolize a period,” author Thomas Philippon said in an interview with the AEA.

The stars of today shouldn't be blamed for everything that is going on the world. But they also shouldn't be seen as the only hope for the future.

From the 1950s to the 1980s, companies like AT&T, GM, and Dupont were the standouts. Things started to change in the ’90s. Microsoft showed up, and after 2000, tech giants like Apple and Google edged out GE and Coca-Cola.

Philippon and co-author Germán Gutiérrez tracked changes in the sales, employment, and productivity of the twenty highest performers each year since 1960.

The authors found that while the top-twenty companies in the US stock market has changed, this group’s overall footprint on the economy has been more or less the same for the last sixty years.

Today’s big companies are taking in more revenue as a percentage of GDP than their 1990s counterparts, but they are actually earning slightly less than the big names of the 1970s.

The number of their employees hasn’t changed much either. The top-twenty had about 4 percent of the civilian workforce on their payrolls. That dipped to 2 percent in the late 1990s, and recovered to 4 percent with the rise of Wal-mart. 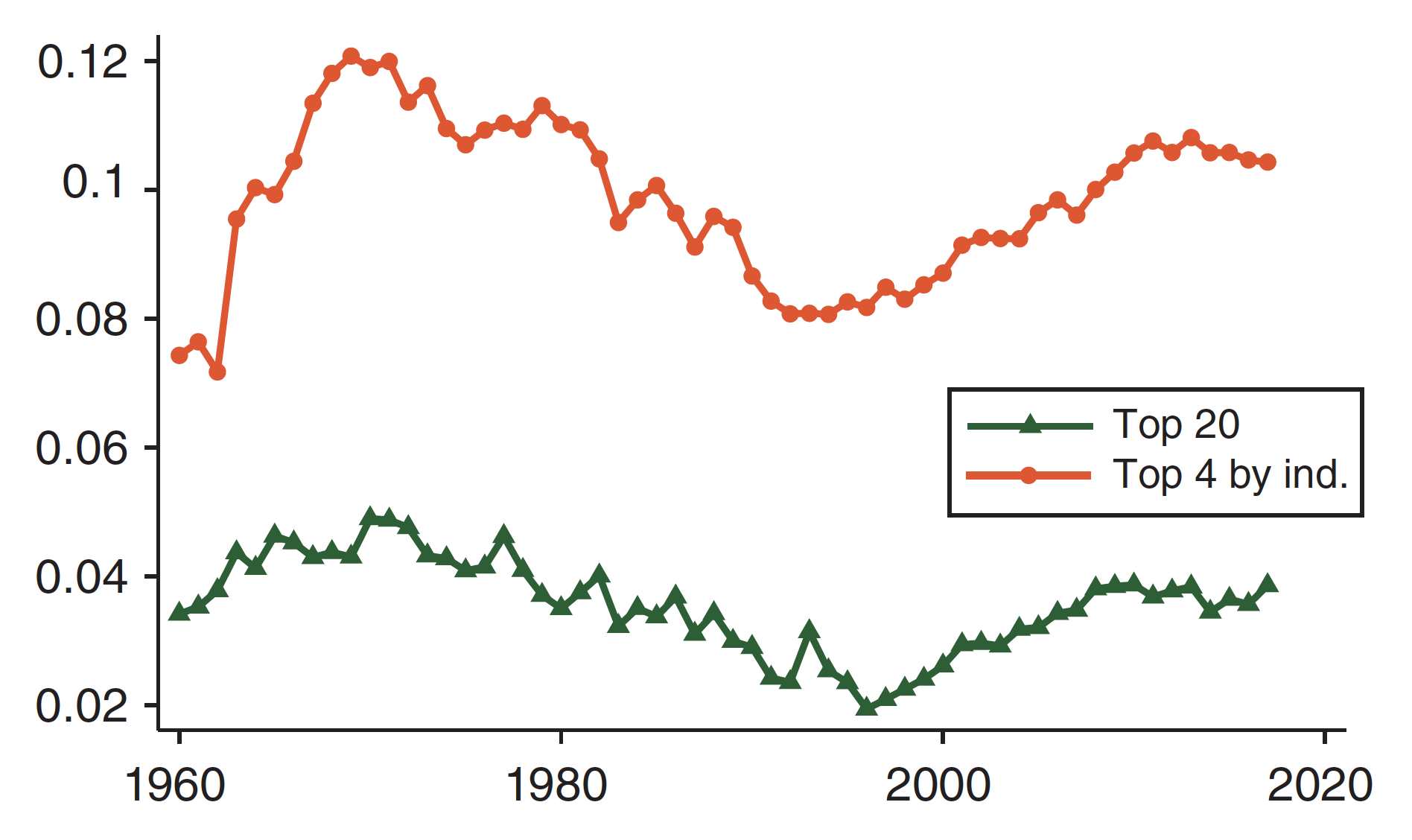 Employment at superstars hasn't has changed much over the last sixty years, and neither has sales. Below shows the revenue of superstars as a share of US GDP. 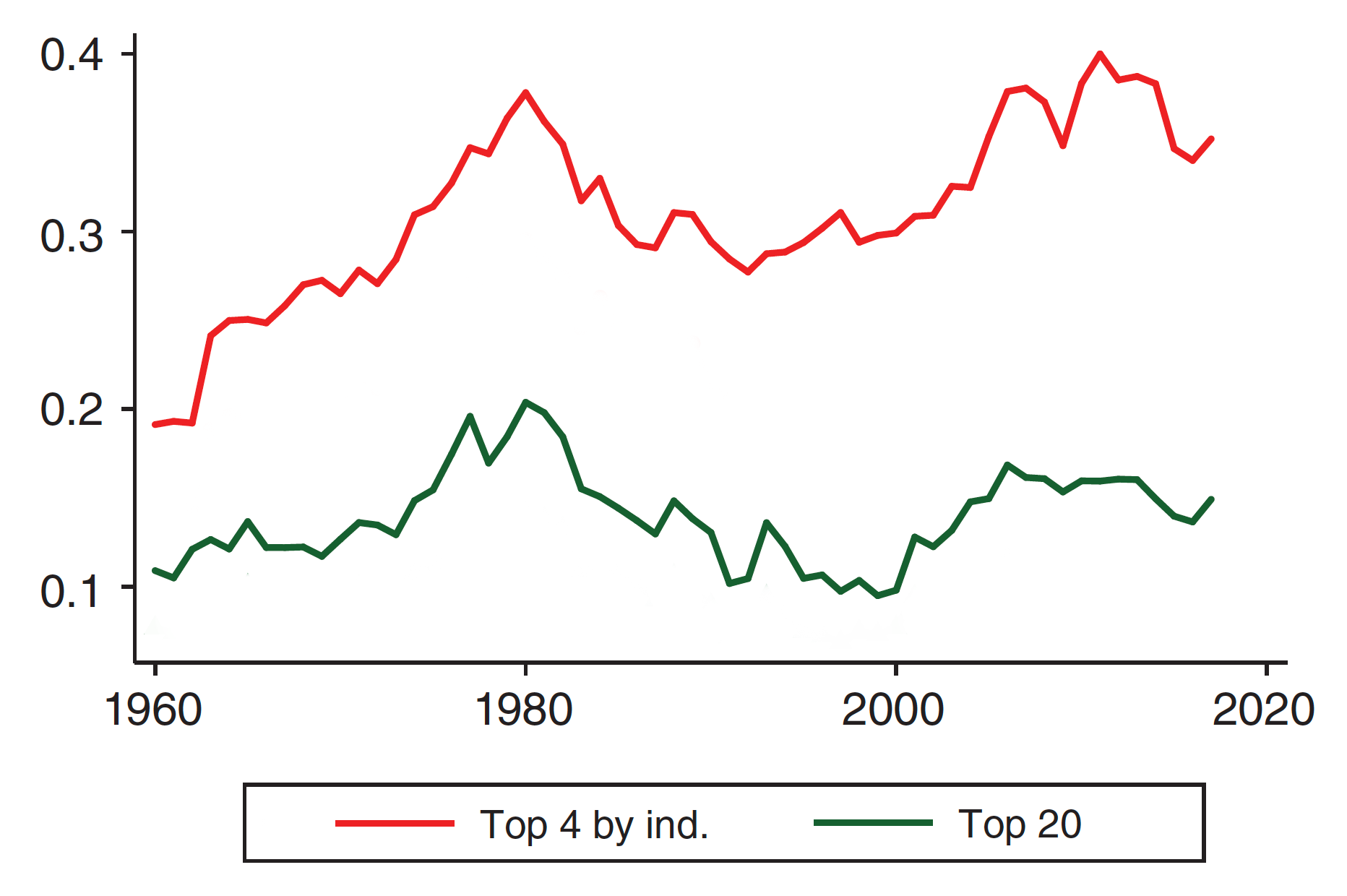 There have been some changes to the makeup of top firms. For one, they often have fewer employees. They’re now more like a club of elite workers rather than a conglomerate that employs everyone from top programmers to truck drivers. (The major exceptions have been Amazon and Wal-mart.)

And besides having smaller workforces, today’s superstars are also different in that they pay lower taxes. AT&T’s tax rate in the 1960s was 50 percent; Apple’s is less than 20 percent today.

Companies aren’t much different than they used to be, but there is evidence that markets are changing. Consolidation has left consumers, suppliers, and workers with fewer choices in many industries.

Given that superstars aren’t significantly out-innovating their rivals, they’re taking more of the market by either buying competitors or lobbying to keep them out. This could explain the higher markups, decreased investment, and rising profits seen in the US.

At the same time that American competition has cooled off, Europe has heeded the US’s free-market gospel and encouraged more competition among telecom companies, airlines, and other industries. As a result, Americans now pay two and a half times more than Europeans for cell phone plans, according to Philippon.

Europe's success shows it may be worth focusing more on what’s happening in markets overall, instead of on individual firms.

“The stars of today shouldn't be blamed for everything that is going on the world. But they also shouldn't be seen as the only hope for the future,” Philippon said. “Both are wrong. We have had companies like that forever.”

"Fading Stars" appears in the 2019 issue of the AEA Papers and Proceedings.

If companies' tax burdens were reduced, how much of an impact would it have on business investment?