Weighing the impacts of fracking

How should local communities think about the economic and welfare consequences of natural gas development? 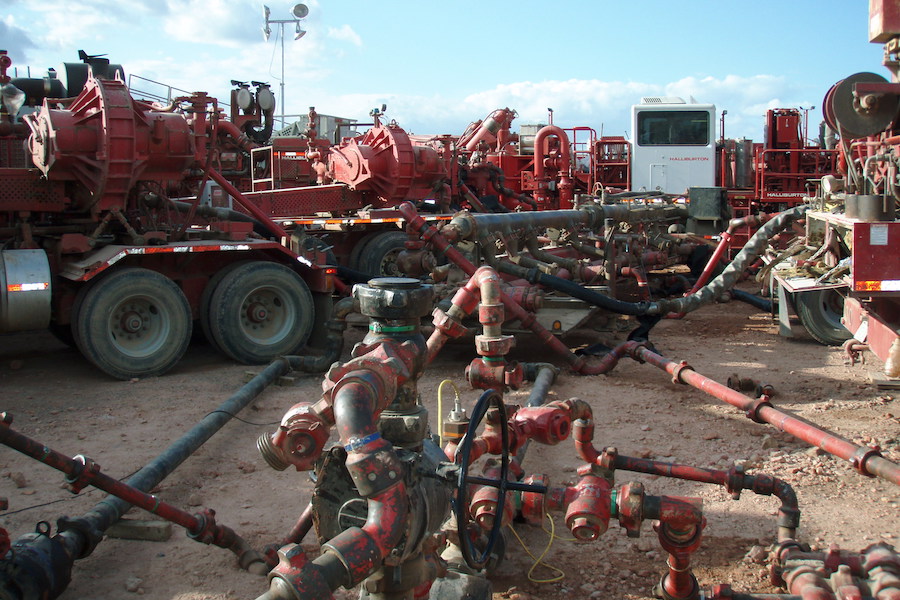 Five years ago, a community in Western Pennsylvania was considering whether to allow a natural gas company to drill in a county park. Nobody knew quite what to think.

Some officials welcomed the economic benefits, while others were wary of the environmental costs. Clean water advocate Erika Staaf encouraged a more global perspective.

“We have to look at cumulative impacts—not just the immediate economic benefits,” she told the Tribune-Review, leading up to a town hall meeting in 2013.

Unfortunately, it’s difficult to get a clear understanding of the tradeoffs of so-called “hydraulic fracking,” a method of extracting natural gas trapped beneath the earth’s surface. Researchers have tended toward a siloed approach, looking only at either the economic impacts or the effects on the environment.

A paper in the October issue of the American Economic Journal: Applied Economics attempts to weigh the benefits of fracking for natural gas against the costs, providing the net effects for local communities. Researchers Alexander Bartik, Janet Currie, Michael Greenstone, and Christopher Knittel say the impacts appear overall to be positive for local communities, even if there are some drawbacks.

“Clearly there’s a large average benefit to the well-being of the people living in these communities,” Bartik, a professor at the University of Illinois, said in an interview. “But there’s an important thing about that. The benefit is much smaller than it would have been had there not been negative quality-of-life (impacts).”

Hydraulic fracking, also called “fracturing,” is a relatively new technique for extracting gas and oil from shale rock. It involves drilling down into the earth and injecting water, sand, and chemicals at high pressure into the rock to release gas in places that were previously inaccessible. The technique has been a boon to the energy industry but proven controversial with environmentalists, who say it can contaminate groundwater and distracts companies from investing in renewable energy.

The controversy has led to spirited debates in places where fracking has been proposed. But there has been little research to weigh the overall pros and cons about the potential impacts on these communities. It’s not so simple as comparing the outcomes in fracking regions to those that don’t have fracking. There might be all sorts of other economic variables that would drive whether they embrace fracking. It wouldn’t be a random sample of communities.

In "play" for fracking?
The map shows prospective counties for fracking activity, measured by their geological features. Counties in light pink are in a shale basin—a geological depression where one of the sediment layers is made of shale rock. A "play" (red) is part of a basin where oil- and gas-producing firms have targeted for drilling. The darkest red regions have been identified as having the greatest potential for oil and gas production.
Source: author data (2019)

The authors get around this by looking at geological variation within various shale formations—including thickness, depth, and maturity of the rock—to sort counties into those most suitable for fracking. The geology isn’t shaped by social influences. It’s a random act of nature.

“What happened 10,000 years ago makes one county suitable to fracking and one not suitable,” Knittle said. “We can show before the fracking revolution, those two counties looked very similar.”

But the quality of life declined. The authors developed a model that estimated residents’ “willingness to pay” (WTP) for changes in local amenities caused by fracking. This might include higher crime, traffic, and noise. They determined it’s worth roughly $1,400 per household.

Their model looked at how people move in response to big jumps in wages. To be sure, more people moved into these communities, suggesting a net benefit. But considering the size of the wage jump, it wasn’t as many people as you’d expect if it were some other factor driving incomes.

“We use that to infer how much quality of life must have gone down to justify the fact that people aren’t responding to that,” Bartik said.

Even with those negative impacts, the authors found there’s still a net gain for communities where fracking happens. The WTP for allowing fracking came to about $2,500 per household annually, or about 4.9 percent of average household income.

That average masks some wide variation among different communities. For example, annual WTP in parts of North Dakota and Montana were $11,700 compared to Oklahoma, where it came to $3,700.

Some shale regions had no net gains at all.

Before you start drilling for oil or coal or some other fossil fuel, I would hope the policymaker would think about the global impacts.

That’s why communities can’t just assume these averages would apply to them.

“If I were a mayor or on the town or county commission, that would worry me,” Knittle said. “Yes, it says an average (net gain) of 5 percent, but I don’t know if I’m going to get a bad draw.”

Also, net impacts could change--either for the positive or negative--with different industry regulations. Rules that further restricted where firms could store wastewater from fracked wells might decrease the environmental costs, for example.

Finally, these are local effects. They don’t look at the larger regional or global costs that might come from any contribution to climate change. Those are factors that policymakers need to take into account.

“I study climate change, and my hope at least is that policymakers think more broadly than locally,” Knittle said. “Before you start drilling for oil or coal or some other fossil fuel, I would hope the policymaker would think about the global impacts.”

“The Local Economic and Welfare Consequences of Hydraulic Fracturing” appears in the October issue of the American Economic Journal: Applied Economics.