Bias on the bench

Judicial politics play a role in perpetuating racial and gender disparities in sentencing. 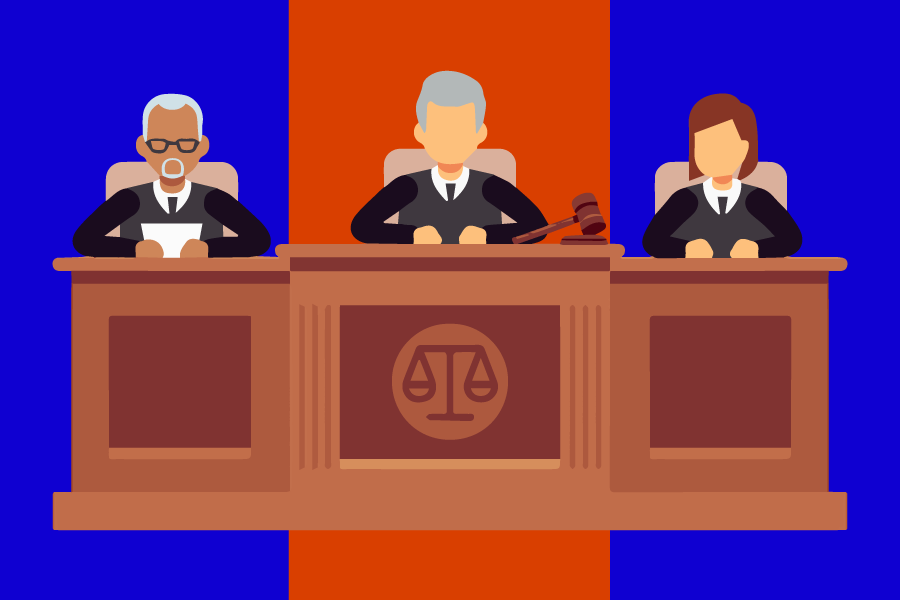 For all America’s partisan divide, there’s a popular belief that the courts exist on some lofty apolitical plane.

“There’s no such thing as a Republican judge or a Democratic judge,” Supreme Court Justice Neil Gorsuch said at his confirmation hearing in 2017. “We just have judges in this country.”

There is growing evidence to the contrary. In the February issue of the American Economic Journal: Economic Policy, authors Alma Cohen and Crystal Yang say that judicial politics do affect decisions from the bench and play a substantial role in the racial and gender disparities in sentencing.

Prior research has shown a correlation between politics and the sentencing gap, but data limitations have made it difficult to know whether the political leanings of individual judges were actually driving their decisions. This latest research validates what many researchers have long suspected but were unable to prove.

“In my view there is a difference between impressions that people have and evidence that is statistically validated,” Cohen said in an email to the AEA. “Indeed, some impressions that people had have been shown by subsequent empirical studies to be incorrect. Our main contribution is to show that the political affiliations of judges affect sentencing decisions and, furthermore, to provide a quantitative estimate of this effect.”

Judicial Influence
US presidents can have a profound impact on the composition of federal courts. The chart below shows district court appointments, per year of their terms, for each of the last four administrations. Click on the button below to view appellate court appointments.
Source: Federal Judicial Center

Filling federal courts with conservative justices has been a priority for Senate Majority Leader Mitch McConnell, R-Kentucky, who has openly acknowledged efforts to block Democratic judicial nominees. And there have been moves, such as the elimination of blue slips and ignoring recommendations by the American Bar Association, that could enhance the partisan nature of judicial appointments.

Although Supreme Court proceedings tend to get the most attention, the authors say partisanship at the federal district court level is especially important because these judges “serve as the final arbiter of more than 99 percent of all federal court litigation.”

During an average four-year term, a Republican president has the potential to alter the partisan composition of the district courts by more than 15 percentage points, potentially increasing the racial and gender sentencing gap by 7.5 and 3 percent, respectively.

The authors collected data on more than half a million cases between 1999 and 2015, linking federal sentencing data with information on around 1,400 judges. And they home in on a critical moment that affected individual discretion over sentencing. The 2005 Supreme Court decision in United States v. Booker greatly increased judges’ ability to determine sentence length by ruling that mandatory Federal Sentencing Guidelines were unconstitutional.

What followed was a widening of the sentencing gaps between Republican and Democratic judges. However, it wasn’t because Republicans were ruling more harshly. Rather, Democrats eased up on their penalties.

The findings suggest that racial disparities in sentencing would be almost cut in half if federal district courts were composed of all Democratic-appointed judges, and reduced by more than 5 percent if courts had 10 percent more judges appointed by Democratic presidents.

At first, Cohen was surprised by how lenient Republican judges were to women. But, upon reflection, it seemed that it could be explained by the literature suggesting that conservative judges were more likely to have traditional patriarchal beliefs.

Conservative judges are more likely to feel that, if a woman committed a crime, it must not have been her idea or she might have been forced to do it by circumstances.

“Conservative judges are more likely to feel that, if a woman committed a crime, it must not have been her idea or she might have been forced to do it by circumstances,” Cohen said.

These findings show that the politics of judicial appointments is not only important for filling vacancies, but can also have a profound and lasting influence over the level of racial and gender disparities in the US criminal justice system.

“A key takeaway is that our system of judicial appointments has deep and broad effects on judicial decisions,” Cohen said. “Subsequent discussions of sentencing decisions and racial and gender disparity should pay close attention to the role of political leanings.”

Fitting the punishment to the crime

How does the severity of a penalty influence jury decisions to convict?