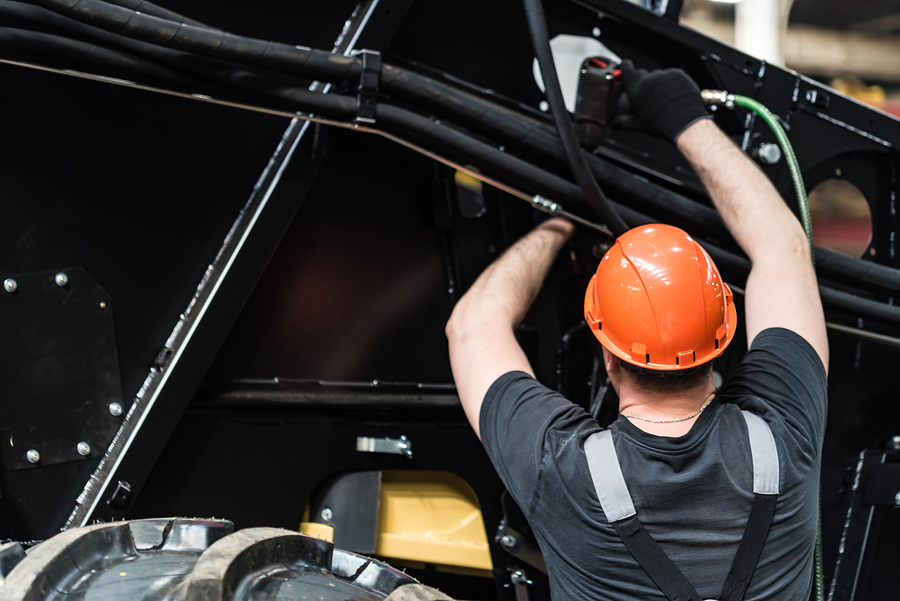 A worker assembles a tractor.

Last December, Congress passed the largest US tax overhaul in three decades. It touched a lot of areas of the tax code, but the reform’s crown jewel was slashing the corporate-tax rate.

Economists have sought to estimate what effect, if any, lowering the corporate tax burden from 35 percent would have on business investment.

An empirical analysis in the May issue of American Economic Journal: Economic Policy finds that a tax cut would, in fact, spur increased investment and payouts while lowering corporate debt. 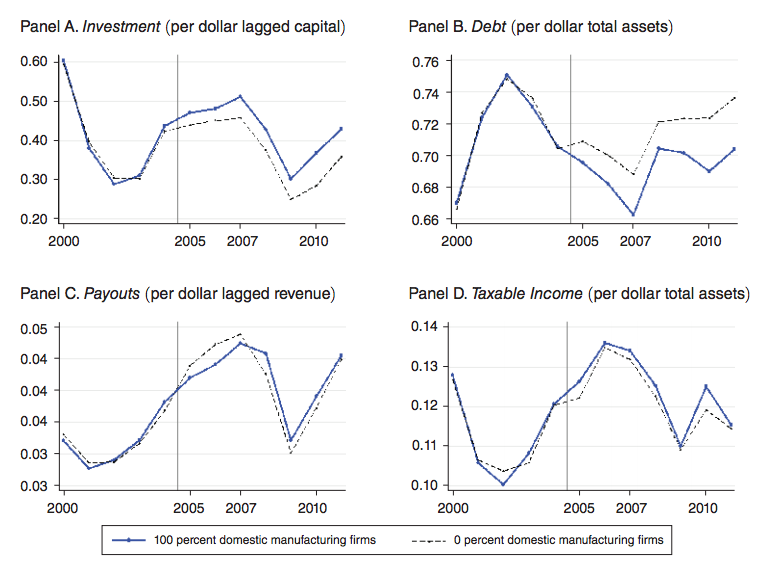 Figure 2 from his paper shows the estimated impacts of the reform. The solid blue line represents estimates for companies that can take full advantage of the tax break while the dotted line is for companies that receive no benefit from the tax break. Panels A and B show a sharp divergence in investment behavior after the law went into effect in 2005, and the gap grows wider as the tax break becomes more generous in later years. Investment grew while debt fell, suggesting that firms weren’t financing this ramp up in activity with new debt. The impact on payouts looks negligible, but the effect actually increased over time. This suggests that payouts respond only after the new investments incentivized by the deduction begin to generate income.  The impact on taxable income was negligible.

Overall, Ohrn says a 1 percentage point reduction in the tax rate increases investment by 4.7 percent of capital, increased payouts by 0.3 percent of sales, and decreased corporate debt by 5.3 percent of total assets. However, the reform didn’t result in a revenue boost to government coffers because taxable income stayed the same.

The Effect of Corporate Taxation on Investment and Financial Policy: Evidence from the DPAD

This study estimates the investment, financing, and payout responses to variation in a firm's effective corporate income tax rate in the United States...