The link between patience and educational attainment 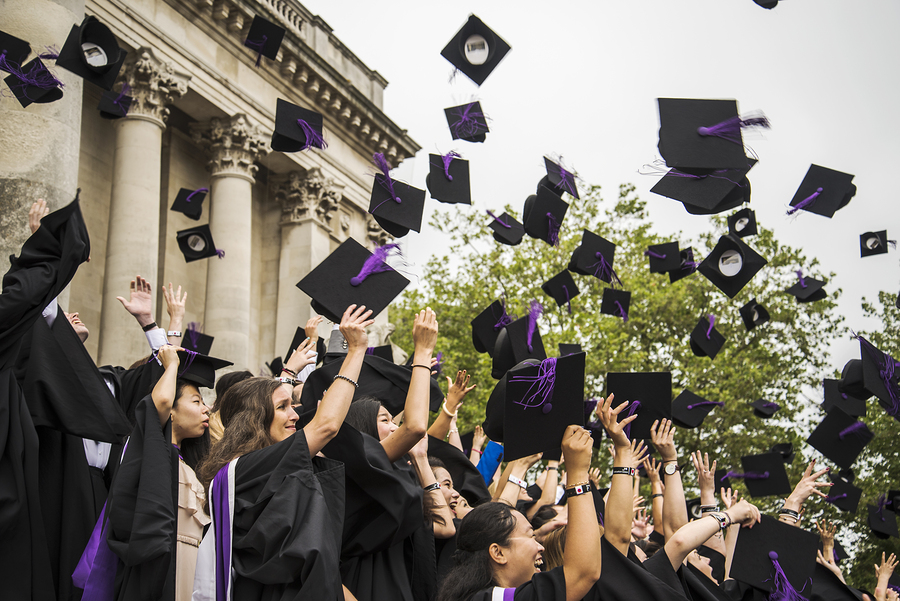 Survey respondents who are described as "impatient or restless" by interviewers are far less likely to reach college graduation than their patient peers — even when they have already completed three years of school.

Policymakers mostly agree on the importance of getting teens to enroll in college and make it to graduation. But colleges, especially community colleges, are plagued by high dropout rates, and those dropouts are likely not sharing in all of the benefits of a complete college education. An article appearing in this month’s issue of the American Economic Journal: Economic Policy examines the ways that impatience can derail educational investments and how it can lead into lower earnings in following decades.

In Human Capital and the Lifetime Costs of Impatience (PDF), authors Brian Cadena and Benjamin Keys explore the consequences of impatience using data from the National Longitudinal Survey of Youth (NLSY) administered by the U.S. government. The NLSY follows the same group of people over time, checking in with follow-up interviews at regular intervals. This allows the researchers to link a young person's early-life education decisions to his earnings and life outcomes decades later.

To isolate impatient survey-takers from the rest, the authors look to just one factor: whether the interviewer classified the respondent as "impatient or restless" in a post-interview assessment. This may not seem like a comprehensive measure of impatience, but even this brief impression formed during an hourlong, in-person interview seems to have a lot of predictive power. The authors find that the subset of respondents labelled "impatient" anytime between 1980 and 1985 (about 1 in 10 earned this designation) went on to earn far less than their peers.

The earnings gap, shown in the figure below, sums to about $75,000 by the time respondents are 45, representing a 13% penalty for the impatient. And the impatient don't just earn less: they are more likely to smoke, drink to excess, fail to complete military commitments, and drop out of high school or college.

The (earning) power of patience
Average earnings by age of NLSY respondents who are described as “impatient or restless,” 1979–2004. Only a small fraction of the gap can be attributed to background factors like parents' education (dark gray).
Source: adapted from Figure 3 of Cadena and Keys (2015) using earnings data from the NLSY

It's not clear from this figure whether impatient behavior is actually causing these disparities, or if impatience might instead be a symptom of painful setbacks that a child experiences early in life, which are the real drivers of lower earnings. If so, the figure above may be less meaningful than it first appears.

The authors find that family background and demographic factors cannot completely explain who is labelled impatient and who is not, as impatient teens generally come from all kinds of different backgrounds — rich and poor, black and white, urban and rural. This suggests that "impatience" is not just a stand-in for some other basic demographic factor like poverty, but instead a separate phenomenon that seems to have a stark association with lifetime earning power.

To better understand this connection, the authors focus on decisions surrounding educational attainment. Patience likely plays an outsized role in the decision to pursue more education, because that decision only pays off over a long time span. An impatient person graduating from high school might reasonably decide that a college education isn't worth it for him; incurring large debts and sitting through four years of classes just to secure a better career down the road might be less appealing than a job that will start paying a decent wage right away.

But a decision to quit college after three years, when graduation is potentially only one year away, is harder to justify, even for someone with a short-term outlook. The student only needs to invest one more year to reap the sizeable rewards of a college degree, and she already decided not to drop out at any point the first three years of school.

For most individuals, choosing how much human capital to acquire represents the most important investment decision they make during their lifetimes. These decisions are made earlier in life than are other investment choices, and they have permanent consequences.

The authors find that this particular behavior (dropping out of college with only a year until completion) is much more common among the impatient. This is true even though the impatient are no more likely to report having academic or financial difficulties, and many of them had stated a desire to finish college in previous interviews.

The authors’ analysis suggests that the impatient respondents are not merely impatient, but actually inconsistent in their preferences. Previous work has tried to explain this dropout behavior using traditional labor market factors like supply and demand, but the authors argue that time-inconsistent preferences can better explain the tendency to drop out of college with only a few semesters left.

The authors find that the lower educational attainment for the impatient can explain almost half of the earnings gap pictured above. Impatient respondents also seem to have much less job stability, which probably contributes to lower earnings as well. Perhaps unsurprisingly, impatient people report much higher levels of regret upon reaching middle age. This suggests that, in some sense, wavering college seniors could be made better off in the long run if they are prevented from dropping out.

What can be done to help prevent the impatient from making decisions they will later end up regretting? The iconic "marshmallow test" showed that young children with the ability to delay gratification scored better on the SAT, suggesting that it might be wise to try to instill these behaviors at a young age. The authors note the promise of early childhood interventions that can improve patience. High school completion mandates, interventions for college seniors on the verge of dropping out, and other short-term incentives for young people making critical decisions about their educational pursuits could also be part of the arsenal. Future research could help determine the relative costs and benefits of each of these approaches. ♦

"Human Capital and the Lifetime Costs of Impatience" appears in the August 2015 issue of the American Economic Journal: Economic Policy.