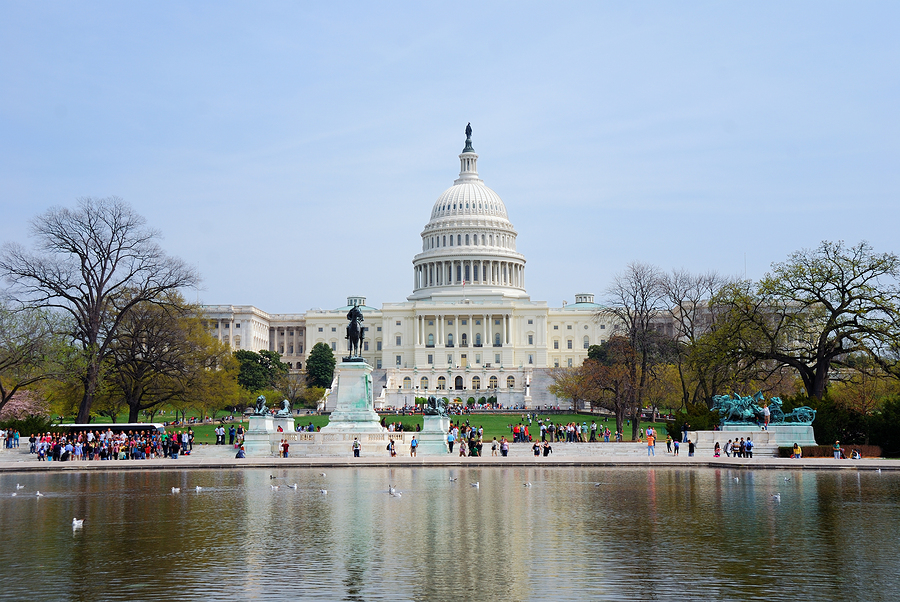 The completion of the recent budget deal in Congress had observers looking forward to a period of relative calm on Capitol Hill. The hope was that the deal, which authorizes spending and debt financing through 2017, would alleviate "fiscal uncertainty" for the foreseeable future. But individual appropriations bills still need to pass Congress to avoid a government shutdown in December, and a political impasse over Syrian refugees could end up prompting another budget standoff.

In the past five years, CEOs and lawmakers have been complaining a lot about fiscal uncertainty, but is it a real phenomenon or just a political talking point? After all, uncertainty about the future is a pervasive fact of economic life; surprises ranging from scientific breakthroughs to natural disasters routinely upend markets and business plans.

Congressional wrangling and brinksmanship certainly can increase uncertainty about the future course of government policy and taxes, but some are skeptical that the additional uncertainty created by the political process warrants any particular concern. An article appearing in this month's issue of the American Economic Review reviews historical data to study episodes of high fiscal uncertainty.

In Fiscal Volatility Shocks and Economic Activity (PDF), authors Jesús Fernández-Villaverde, Pablo Guerrón-Quintana, Keith Kuester, and Juan Rubio-Ramírez develop a method to quantify the volatility of a specific policy variable: the average tax rate on capital faced by businesses and households. They argue that the volatility of this tax rate is a good proxy for the notion of "fiscal uncertainty" that politicians and business leaders are talking about.

To identify high-volatility periods in historical data, the authors do not try to assess the political mood in Washington directly. Instead they first model how capital tax rates usually respond to macroeconomic variables like GDP growth and debt levels – for instance, they find that capital taxes tend to be a bit higher when economic growth is above trend. This provides a baseline for where tax rates would be expected to go each quarter when there is no fiscal uncertainty to muddle the picture.

Then, the authors identify periods when the tax rate repeatedly defied those expectations. Their model infers that fiscal uncertainty must have been higher when the tax rate was more volatile (that is, when it made surprising moves several quarters in a row). The red line in the graph below shows how fiscal uncertainty has fluctuated since 1970 according to the authors' estimates.

Quantifying the uncertainty emanating from Washington
The authors track capital tax rates over time and note how they tend to vary given prevailing economic conditions like GDP growth and the debt ratio. They then estimate a volatility index that rises when capitaltaxes make unexpected moves. Their index matches up well with another index of policy uncertainty called the BBD index, which is based on newspaper reports and economic forecasts, rather than actual tax changes.
Source: authors' calculations from Fernández-Villaverde et al. (2015), index from Baker et al. (2015)

The authors note that high points on their index coincide with anecdotal evidence about turbulent times in the policymaking world, such as the beginning of the Ford administration, the 1986 tax reform debate, and the 2008 financial crisis. Additionally, the authors' index is correlated with another index of economic uncertainty which uses a forward-looking measure (based on data like newspaper reports about uncertainty) rather than actual tax changes. This evidence suggests the authors' index is capturing something meaningful that market participants can perceive in real time.

The authors incorporate their index of fiscal uncertainty into a historical dataset with other important macroeconomic variables like GDP growth. Using a VAR methodology they can calculate an impulse response function which essentially answers the question: historically, how does the economy react after large increases in fiscal uncertainty? The results show that a large increase in fiscal uncertainty at one point in time leads to reduced economic output, reduced household consumption, and reduced investment, with the effects lasting for several quarters.

Teasing out causation with VAR models can be tricky, so the authors look to develop a macroeconomic model to explain exactly how fiscal uncertainty could act as drag on the economy. They build a New Keynesian model with the core assumption that prices are sticky. In this type of model, businesses cannot adjust their prices quickly or easily, so they have to plan ahead when setting prices for their products and hedge their bets about future surprises.

We have abstracted from modeling the political process that generates the fiscal volatility shocks. Thus, we do not have clear policy recommendations about how to eliminate or reduce the “noise” from fiscal policy.

A new burst of uncertainty in the tax rate is not a neutral factor for prices because, in the model, the costs to businesses of setting prices too low are greater than the cost of overshooting on prices. When businesses perceive more volatility in the economy (whatever the source), they will want to err on the side of higher prices, which results in more inflation, higher markups, and less economic activity.

Even with these findings, we still don't know if we would want to eliminate fiscal uncertainty if we could – clearly it has some cost, but perhaps that is a necessary price to pay for free political debate. The authors close with a call for research into the political factors that create fiscal policy shocks in the first place. Are they more likely to happen when Congress is deadlocked, when power is transitioning, or when voters turn against Washington? Better understanding the root causes of fiscal uncertainty will allow us to figure out how and when it can be safely reduced. ♦

"Fiscal Volatility Shocks and Economic Activity" appears in the November 2015 issue of the American Economic Review.