Some industries see strong incentives for innovations that deceive 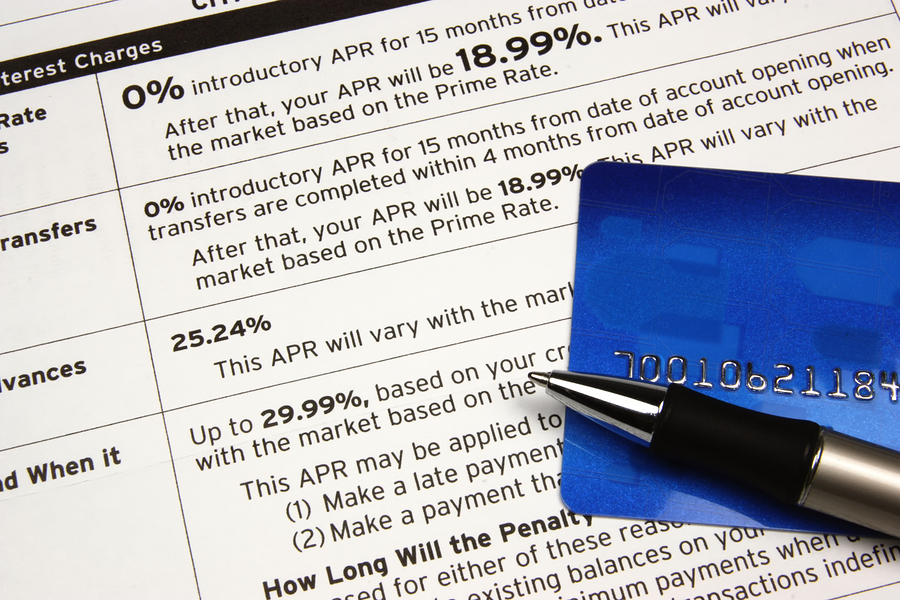 Under the Credit Card Accountability Responsibility and Disclosure (CARD) Act, credit card companies must provide information about fees and interest rates to customers on a standardized chart.

Consumer advocates hailed the 2009 Credit CARD Act as a needed check on practices by credit card companies that were designed to take advantage of customers' inattentiveness and overconfidence. The law capped late fees, curbed over-limit fees, prohibited universal default, and laid out detailed disclosure requirements about interest rate changes in hopes of reducing charges that would take customers by surprise. Skeptics were concerned that such specific regulations were doomed to fail, as banks would surely find new ingenious ways to recoup lost fees.

A study of 160 million credit card accounts found that the law did reduce overall borrowing costs, especially for borrowers with weaker credit, without a commensurate increase in interest rates or a meaningful decline in credit availability. Nevertheless, there is some evidence that card companies have indeed turned to new tactics including "inactivity fees" for dormant accounts and a new definition of international transactions that creates more opportunities for customers to incur charges.

This boomlet of hidden fee innovation in the credit card sector underscores the fact that coming up with new hidden fees is not trivial; it actually requires some thought and effort to come up with rules and schemes that will generate profitable fee payments. Just like many companies have research and development arms that try to develop new ways to make a product better, some companies surely devote resources to figuring out how to exploit customers' biases in cutting-edge ways. An article appearing in this month’s issue of theAmerican Economic Journal: Microeconomics examines this darker side of product innovation.

In Exploitative Innovation (PDF), authors Paul Heidhues, Botond Kőszegi, and Takeshi Murooka study a simplified environment where firms charge two prices for their products:upfront prices that are apparent at the time of purchase (like the price of an airline ticket or a hotel room) and hidden fees that customers might not consider until later (like the price of a soda onboard the plane or WiFi in the hotel lobby). Customers choosing which product to buy are pretty naive: they never anticipate hidden fees and make decisions based on the upfront price only.

In this type of market, firms have two choices when deciding how to develop their products further. They can painstakingly research ways to make their product better in the hopes that they can attract more customers even at a higher price. This is the classical idea of innovation that economists usually study.

But these firms also have another option: they can focus their efforts on devising new methods of extracting hidden fees from unsuspecting customers – what the authors call "exploitative innovation." In many cases this may just entail coming up with some new language in a legal contract, but sometimes these efforts can become quite elaborate, as in the case of proprietary cartridge refills for inkjet printers.

For most credit card holders, it's not just the annual fee
A breakdown of fees levied on a sample of U.S. credit card accounts between 2008 and 2011 (figures reported are average annualized fees in 2012 dollars). The high-profile annual fee accounts for only a small fraction of total fees paid, with the average customer paying about four times as much in late fees during this period.
Source: adapted from Table 1 of Agarwal et al. (2015)

The authors find that in a typical market, real innovation is more attractive than exploitative innovation. Deceptive innovations tend to take the form of contract language or fee structures, so they are easier to copy and are less advantageous for the company that discovers them. Companies prefer to invest in innovations that are appropriable – in other words, innovations where they can retain most or all of the value without sharing with their competitors.

This is great news because, while conventional innovation creates valuable new knowledge for society, exploitative or deceptive innovation does not actually create anything valuable. From the perspective of the economy as a whole, it is a complete waste of time and energy – it merely creates new ways for companies to extract money from their customers.

But the calculation changes in industries where companies can't lower their upfront prices beyond a certain boundary. The authors argue that this happens in the market for credit cards and financial services like bank accounts, which generally cost $0 upfront. In these markets, firms make all their profits on hidden fees, so deceptive innovation becomes much more important.

In this world, actual value-creating innovations are usually worthless because upfront prices are stuck at $0 – there is often no scope for attracting new customers or raising profits with a new innovation. But a new way to increase hidden fees is always welcome as it allows firms to make more profit on each customer that signs up for an account.

The authors also assume that any firm has the power to reveal all the hidden fees across the industry to consumers (perhaps with a clever advertising campaign). This means that a company that isn't very good at deceitful pricing might capture more of the market if it shines a light on the deceptive practices of its competitors and forces them to compete on upfront prices only.

Finding regulatory responses that lower the incentives for exploitative but not for value-increasing innovation is an important open policy question.

The companies that are best at devising new ways to mislead their customers have to worry that their laggard competitors will reveal their tricks. In fact, the leaders in deceptive innovation might want to try to show their competitors how they, too, can exploit their customers and earn more profits so they won't decide to ruin the scheme for everyone. In this unusual setting, companies don't mind if their innovations are easy to copy, which is a major impediment to innovation in general. This reinforces the emphasis on exploitative innovation in these markets.

The authors use their findings to propose a theory of how deception rises and spreads in an industry. Suppose one firm makes a deceptive innovation in a previously transparent market, by introducing a sneaky new type of hidden fee for example. Other firms need to decide whether to expose the other firm and steal its customers or go along with the trick and incorporate it into their own products. Especially in industries where the upfront price is already at $0, the second option might be much more attractive.

In general, economists think of innovation as something that needs to be encouraged. Governments try to foster innovation whatever way they can, most notably through the patent system but also through tax credits and subsidies for R&D spending. Attempts to outlaw innovations deemed exploitative could potentially have a chilling effect on the good innovations that society really does want if regulators aren’t able to flawlessly discern exploitative innovations from real advances. Despite the apparent success of the Credit CARD Act, it’s not obvious how to design policies to stamp out exploitative innovation more globally. ♦

"Exploitative Innovation" appears in the February 2016 issue of the American Economic Journal: Microeconomics.