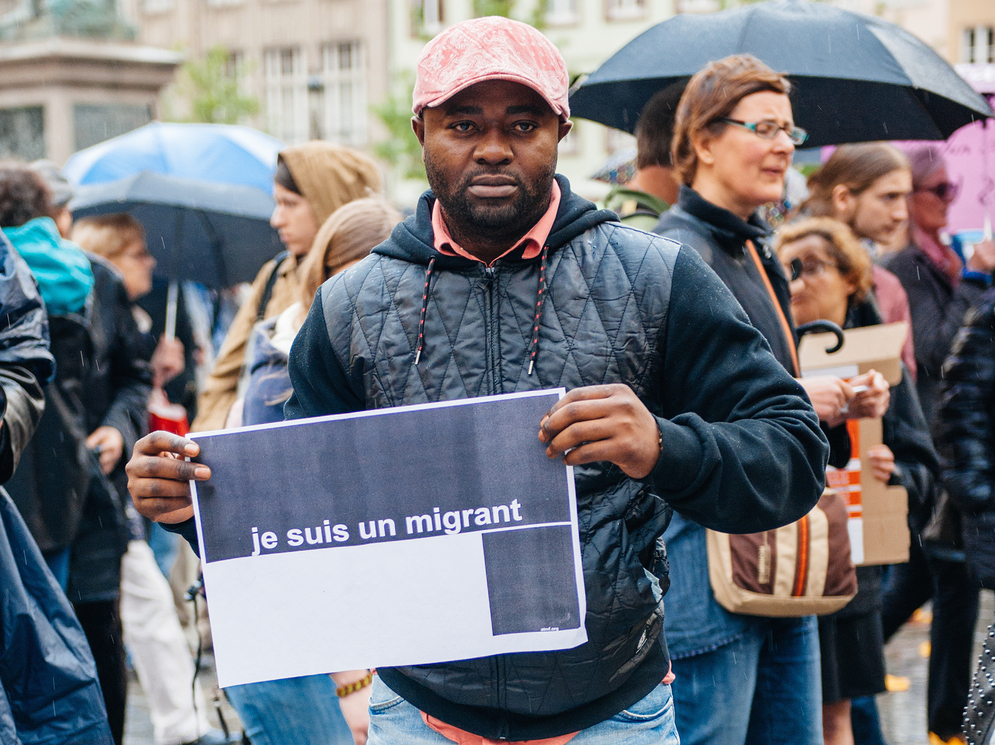 In recent months, as dozens of shipwrecks in the Mediterranean Sea have claimed the lives of more than a thousand migrants from Africa attempting to reach the Italian coast, global attention has focused the growing flow of migrants seeking to enter Europe through Libya. The refugee crisis has prompted a reexamination of existing immigration policies in the European Union and around the world. A 2011 article appearing in the Journal of Economic Perspectives surveys the existing literature on the economic impact of barriers to migration and finds some eye-popping estimates for the costs of these policies.

In Economics and Emigration: Trillion-Dollar Bills on the Sidewalk? (PDF), author Michael Clemens argues that barriers to migration may be the single largest class of market distortions in the global economy. Many workers around the world — as many as 40% in some countries — would like to emigrate from their current homes in search of better-paying jobs, but legal and physical barriers to migration often bar the way. These barriers create large disparities between what workers could earn and what they are actually earning, which means the global economy is not reaching its full potential.

Consider a strapping young construction worker who can’t find work or a well-trained doctor using inferior equipment; they could both produce more (and earn more) if they relocate to a country with strong demand for new houses and a growing high-tech medical sector. Taken on a global scale, these types of missed opportunities add up to a drag on the economy that could approach $100 trillion annually.

How large are the economic losses caused by barriers to emigration?...[T]he few estimates we have should make economists’ jaws hit their desks.
Clemens (2011)

Clemens highlights recent estimates on the global cost of barriers to labor mobility, and they dwarf the estimated costs of trade barriers, which tend to receive more attention. Of course, the estimates are highly uncertain, and rely on an interlocking set of assumptions about the movement of capital and the earning power of hypothetical migrants arriving in their new countries. Despite these limitations, and the fact that the researchers cited here use a wide range of economic models, they all generally find the same thing: huge gains could result if migration restrictions are lessened or eliminated. The most optimistic estimates indicate that the size of the world economy would more than double if migration barriers were lifted.

For the most part, these gains would accrue to the migrants who travel to new countries and dramatically increase their incomes. However, even a modest increase in migration may have negative consequences for both those left behind in the old country and non-migrants in the new country.

Projected annual gains from removing various barriers
Estimates from recent research on the costs of international barriers. Estimates are highly uncertain, but they suggest that abolishing global barriers to labor mobility could potentially double the size of the world economy.
Source: Table 1 of Clemens (2011), World Bank

Brain drain – the departure of highly-skilled workers through emigration – is always a concern for countries that already have so few doctors, teachers, and engineers. However, a newfound opportunity to emigrate may spur more young people to invest in education and those who decide to stay behind will boost human capital in the long run. Migration outflows also have the potential to boost trade opportunities for poor countries.

Meanwhile, non-migrants may perceive migration as an economic threat with the potential to increase unemployment and depress wages for native-born workers. Although the evidenceon this point is mixed, easing pathways to immigration can make for treacherous politics in developed countries. Already, an EU plan to send rescued migrants coming from Libya to countries across Europe has encountered resistance. Meanwhile, restrictive immigration policies in Australia aimed at deterring migrants coming by boat from Indonesia have found broad support.

Looking forward, some have speculated that rapidly-aging countries like Japan and Germany will reverse course in coming decades and actively welcome immigrants in an attempt to attract young workers. Indeed, Gallup survey results show that if people around the world could migrate as they pleased, countries like Canada, the U.K., and the U.S. would see an explosion in their youth populations. For now, the colossal costs associated with migration barriers warrant a second look from policymakers and economists as the immigration reform debate continues. ♦

"Economics and Emigration: Trillion-Dollar Bills on the Sidewalk?" appears in the Summer 2011 issue of the Journal of Economic Perspectives.