Sometimes foundations should invest in the unethical companies they’re trying to undercut. 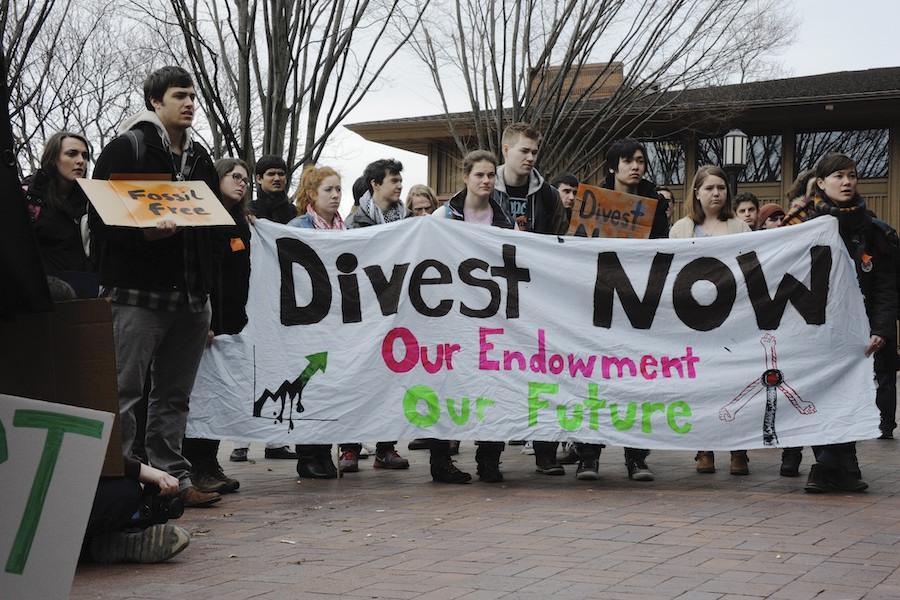 Students at Tufts University "marched forth on March 4th" coinciding with dozens of student-led rallies around the United States. The marches had the objective of pressuring universities to reduce and eventually eliminate investments in fossil-fuel related ventures.

Several years ago, the Los Angeles Times ran a critical exposé of the Gates Foundation—the largest philanthropic organization in the world with over $40 billion in assets. The newspaper reported that, despite all the good work the foundation was doing, it was investing in companies like Exxon and Shell that harmed the very people it was trying to help.

The revelations engulfed the Gates Foundation in calls to divest from fossil fuel companies, and forced many other foundations to ask themselves whether they should invest in objectionable industries.

But for economist Brigitte Roth Tran, the controversy raised a counter-intuitive idea. Maybe some foundations should actually tie themselves financially to the companies they’re trying to undermine.

Her paper in the September issue of the American Economic Review: Insights lays out when it makes sense to adopt this so-called mission-hedging strategy, which doubles down on bad actors.

At its core, mission hedging is simple. It’s basically a way for foundations to take out an insurance policy that is directly tied to their mission objectives, Roth Tran said in an interview with the AEA.

Foundations on the rise
The chart below shows the growing trend in the number of US foundations and the amount of money they disburse. Over $60 billion in grants were given out in 2015. 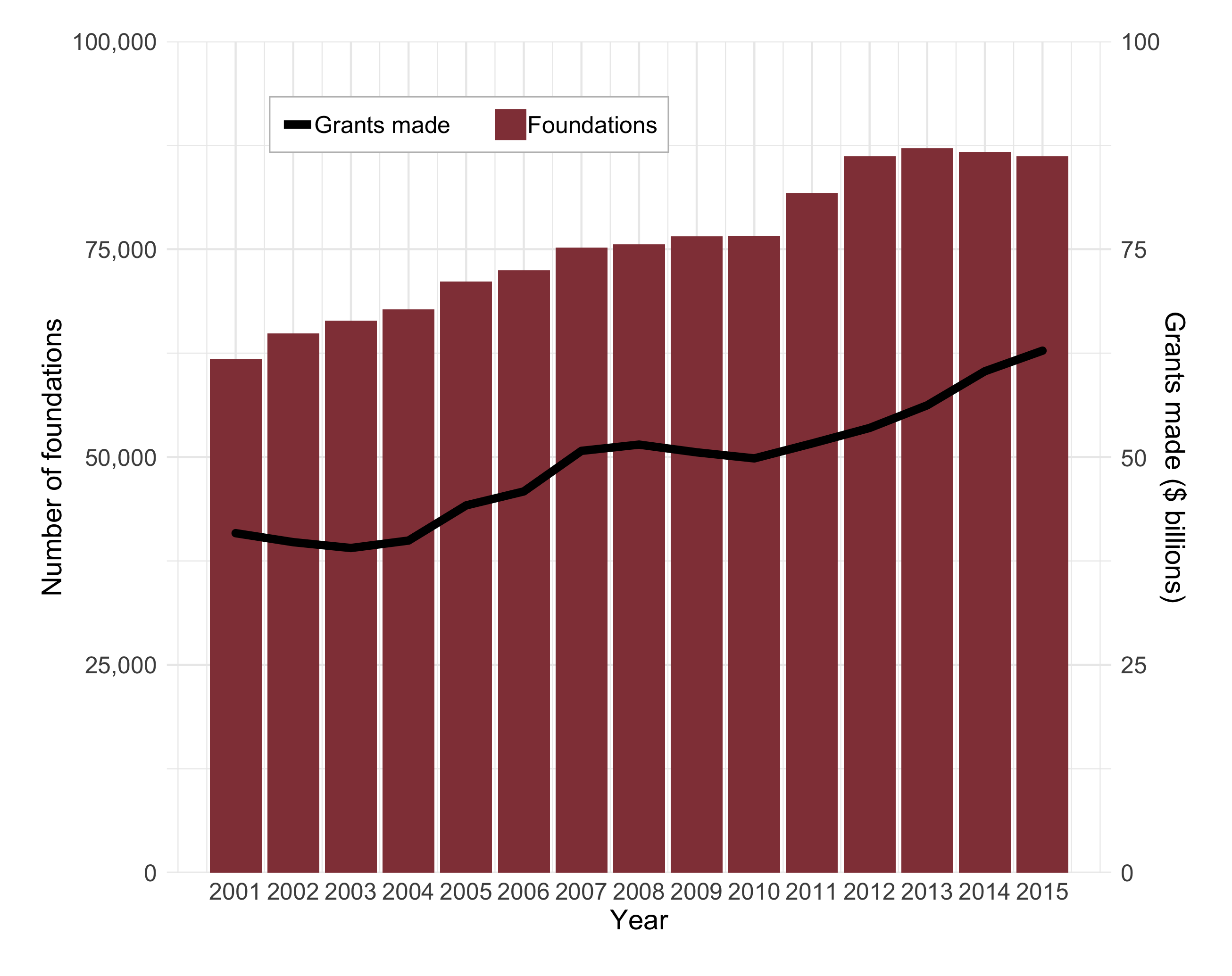 For instance, a foundation dedicated to ending tobacco use may want to consider buying stock in a tobacco company.

The reason is that when the company gets a win, say by weakening tobacco advertising laws, the foundation also benefits. The stock price will go up, but so will the foundation’s endowment. And the new resources can go to fighting back against big tobacco.

If the tobacco company eventually goes out of business, then the foundation will have fulfilled its mission and won't need the extra cash.

Of course, there are many more nuances and trade-offs that go into a foundation’s investment decisions.

An anti-tobacco group whose founder’s parents died of lung cancer may find investing in Phillip Morris too distasteful to seriously consider. Other times, objectionable firms are too big of a financial risk, like the University of California recently decided about fossil fuels. These types of concerns, and others, Roth Tran included in her economic model.

“I wanted to build a model and ask what are the trade-offs. Let's look at them in a clean way,” she said. “When people are having those conversations in an investment committee meeting, they can talk about these trade-offs to structure the conversation.”

Advocates for divestment might be worried that mission hedging could help unethical companies. But there’s little evidence that when individual foundations buy or sell stocks on secondary markets it has an impact on the finances of companies.

Also, divestment could still be a useful act of disapproval for foundations whose objectives are not tied to a specific cause. Universities for example, with their broad goals to support education, generally do not have missions that are strongly tied to climate change. Mission hedging with oil companies wouldn’t be appropriate for them, and so divesting from fossil fuels could still be the right call.

“This is a specific strategy for specific foundations. I am not arguing against divestment [in general],” Roth Tran said. “What I'm arguing is that foundations that are specifically trying to combat climate change or some other type of activity may find that it's beneficial.”

“Divest, Disregard, or Double Down? Philanthropic Endowment Investments in Objectionable Firms” appears in the September issue of the American Economic Review: Insights.