The map shows the Electoral College vote share that went to Republicans (red) and Democrats (blue) in presidential elections since 1960.

The GOP has owned the US South, winning a majority of the region’s votes in every presidential election for the past 40 years. But it wasn’t always this way.

The so-called “Solid South” used to vote reliably Democratic. So what happened? Most scholars believe it was backlash to Civil Rights legislation of the 1960s.

Still, even today, the question is not completely settled.

Researchers Ilyana Kuziemko and Ebonya Washington used Gallup poll data available through Cornell University’s Roper Center to investigate the role that racial attitudes — as opposed to economic concerns — played in Southern whites’ defection from the Democratic party. Their paper published in the American Economic Review concludes that whites’ backlash to the Civil Rights law explains almost entirely the shift toward the Republican Party.

Kuziemko and Washington spoke with the AEA about how their research contributes to our understanding of voters’ motivations during that period and why researchers need to be careful about connecting that experience to today’s political environment. 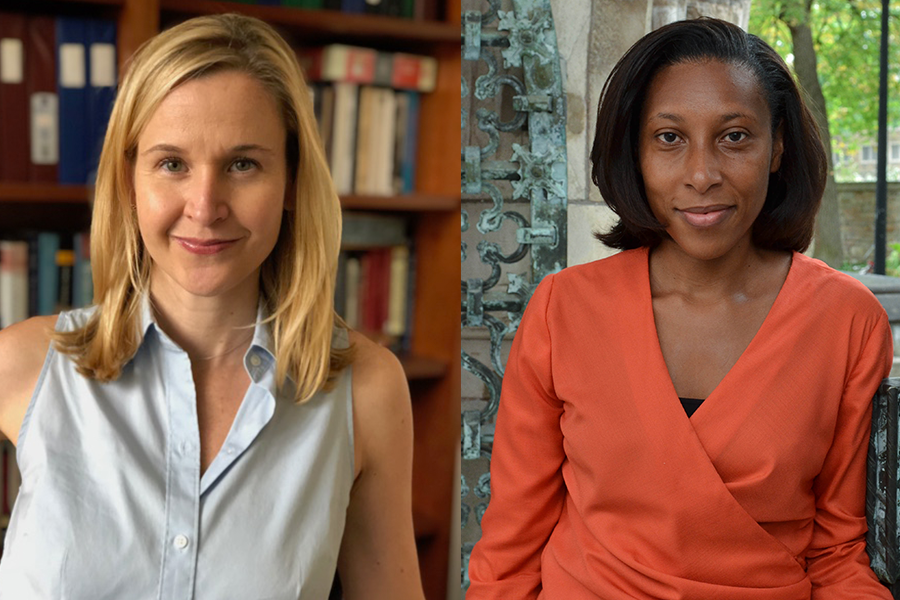 AEA: Political scientists have been saying this for a long time, that Democrats lost the so-called “Solid South” because of a reaction to the Civil Rights Act. What interested you in this question and what new information did you want to contribute?

Ilyana Kuziemko: I actually thought that our paper had already been written and that we could sort of tease something out, whether it was specifically among different groups of white Southerners. But actually our paper, as far as I can tell, hadn't been written because the data (wasn’t available) until relatively recently when Gallup put out a bunch of old data. The standard political science datasets didn't have the proper data to really rigorously test what share of the exodus was happening among those who had views that were hostile to civil rights versus the share of the exodus that was taking place among people that didn't have those views.

Ebonya Washington: The debate was very much more qualitative on the side of the cause is civil rights and much more quantitative on the side of the cause is not civil rights. When we saw that and we looked into what the quantitative folks were doing, we saw that they just actually were making these claims that they didn't have the best data to make.

AEA: What was the alternative story out there as to why Southern voters left?

Washington: There were several. Income was one of the greatest reasons. It said that as the South became more economically prosperous, people turned (away from) the party that is in favor of redistribution.

AEA: So there was this economic question, which we also hear in the debate today.

AEA: I wanted to get back to the point you were making, Ebonya, that (political scientists) were making these claims but maybe didn't have the evidence to back it up. Could you explain that?

Washington: The data that people were using didn't have a question that allowed one to identify people who were racially conservative in the pre-period before the Civil Rights Act was passed and in the post-period. They only had the data in the post-period.

AEA: What was the question that they asked?

Kuziemko: There were all sorts of questions that the ANES, which is a very common data set, that would have measured racial attitudes. On a scale from zero to a hundred, how do you feel about black people? The general social survey only begins in 1972, so you could never look before civil rights, asks a number of questions about interracial marriage and interracial socializing. But as Ebonya was saying, none of these questions were asked consistently both before and after civil rights. You couldn't decompose what share of the total exodus seems to be among these people who have views that you would say are hostile to civil rights.

AEA: So how did you address this problem?

Washington: We were fortunate to discover the data that were missing. … What we did was string together several Gallup surveys that ask the question, ‘If your party nominated a qualified black man to be the candidate for president, would you vote for him?’ What's nice about that question is that it's asked before and after civil rights, and it's a question that in the time period we're working on, is purely hypothetical. So, it seems to be a really good measure of people's racial views.

Kuziemko: It's important to note, many people in our survey in the 1950s, whether they're in the South or not, many white people are openly saying no. It's a minority of people who in the 1950s say, ‘Yes, he's a qualified man from my own party, why wouldn't I vote for him just because he's black?’ They're very open about saying no, they wouldn't.

AEA: Let’s talk about the results. What did you find and were you surprised by the magnitude (of the impact)?

Washington: What I guess is surprising is that we really don't find much of a role for other factors, such as the economic development story that we were talking about, or even the parties were changing substantially over time, being more differentiated. You might think that if Southerners had different attitudes on other issues that were more akin to the Republican party, then that could have been pulling them over. But we don't see evidence for that at all. That was a bit surprising.

We really don't find much of a role for other factors such as the economic development story.

AEA: There's been a lot of other research that suggests that racial attitudes and ethnocentrism continue to motivate some conservative voters today. I was wondering if there's anything your research has to contribute to the current discussion happening now.

Kuziemko: I think the final paragraph of the paper is cautioning people not to do that. One thing that I take away from the paper is that when we look back at the 1960s, how many other things are going on and how hard we worked to try to isolate the effect of civil rights. So I would just caution people to not make that leap.

I do find it interesting that the economic arguments seem to be very flexible. Back in the 1960s, it was that everyone's getting rich. That's why it wasn't about racial attitudes. Now it's becoming, everybody's becoming economically anxious, that's why it's clearly not about racial attitudes. That's not to say it's not about economic anxiety. I remain myself rather agnostic on this big debate today, which is whether it's mostly ethnocentrism or whether it's economic anxiety.

AEA: I'm wondering whether there's anything to be gleaned from this paper that researchers can use if they want to investigate what motivates voters, in terms of identity versus economic anxiety concerns.

Kuziemko: I think nowadays, people have to be a bit more clever because you do worry that there's a lot of what survey researchers call social desirability bias in answering questions.

You have researchers who try to look at what people Google in different areas. People have become very clever in trying to pick up proxies for racial or gender bias that can be observed because they're in a context where people are not necessarily thinking anybody is paying attention to what they're saying. I think it is harder today to measure racial and gender animus.

AEA: Is this something that you're interested in continuing to look at?

Kuziemko: Yes. Ebonya and I have other projects that we've been working on. Nothing that I would say is 100 percent following up on this, but certainly the question of what is going on with the rise of right-wing populism and anti-government views is something that I am excited to see lots of people in the profession starting to look at.

Washington: I completely agree it's a fascinating question and I'd love to continue to work on it. As we were just saying, you need to be a bit clever and I think lightning hasn't struck me quite yet, but it's a question I think about.

Kuziemko: Every time you open up whatever your favorite news source is, it's hard not to think about what kind of research you can do to help understand this moment. Maybe it's going to take 55 years from now, somebody finding some cool data source and explaining to us what we're going through right now.

“Why Did the Democrats Lose the South? Bringing New Data to an Old Debate” appears in the October issue of the American Economic Review. Music in the audio is by Podington Bear.