Work and childcare during the pandemic

Stefania Albanesi discusses the effects of the COVID-19 recession on the US labor market. 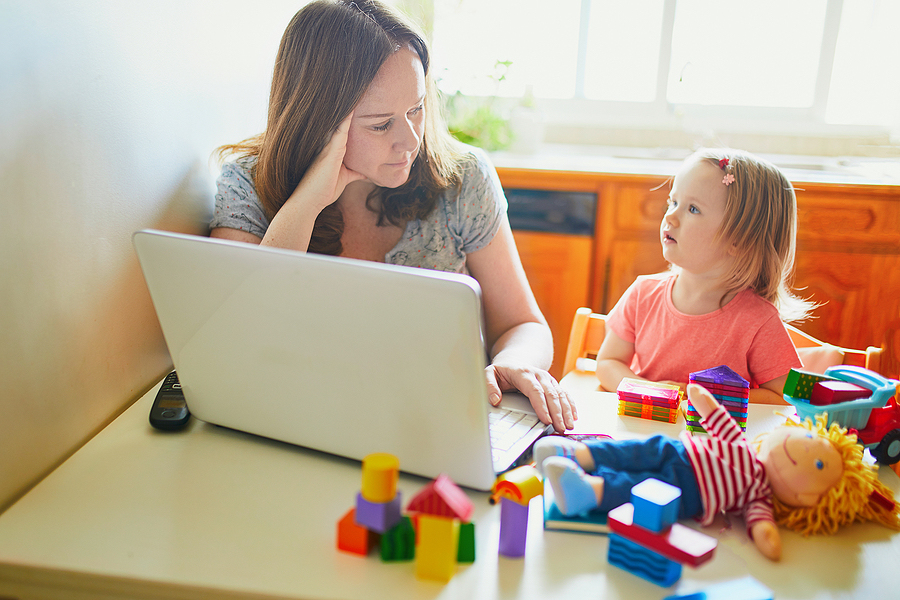 COVID-19 has reshaped work in numerous ways. Many fortunate white-collar Americans spent the last year working from home. Others in service-oriented jobs lost work or spent their workdays behind masks and plexiglass.

These pandemic-related changes have been especially hard on women, according to a paper in the Journal of Economic Perspectives.

Economists Stefania Albanesi and Jiyeon Kim found that unlike in previous business cycles, employment losses during this recession have been larger for women than for men. They argue that gender differences in occupations and in childcare responsibilities are the main drivers.

The authors’ findings highlight the impact that childcare policies may have on the career prospects of women, as well as on the overall economy.

Professor Albanesi recently spoke with Tyler Smith about why the COVID-19 recession poses unique challenges and what policymakers can do to help. 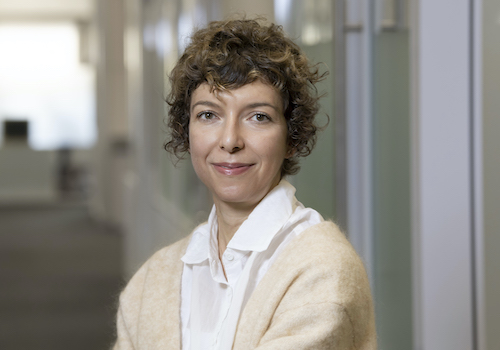 Tyler Smith: The COVID-19 recession seems especially unique. From a general economic perspective, what makes it stand out compared to other recessions?

Stefania Albanesi: There are two things that make it stand out. One is the sectoral composition of the recession and then, as a consequence of that, the types of workers that were most impacted by the recession, both on the labor-demand side and on the labor-supply side. In terms of the sectoral composition, most recessions in the United States and also in other countries tend to more adversely affect manufacturing and goods production, such as construction, because they are seen as industries with a highly cyclical demand. And instead, during the COVID pandemic, what happened in the United States and also to some degree in other countries was that service industries were more impacted—that is education, health care, entertainment, hospitality, and so on.

The second component is which types of workers are most affected. Usually, because manufacturing and goods-production employment tends to be male dominated, there is this pattern that men lose more jobs in a recession. In the pandemic recession, women lost more jobs than men.

Smith: Can you go into more of why we're seeing the opposite in this recession compared to previous recessions?

Albanesi: On the labor side, which has to do more with the sectoral composition of the industries and occupations that were affected by the recession, it's really about the infection risk and the response of various authorities as well as consumers to this infection risk. Obviously, it becomes risky to go to a restaurant. You no longer go to a restaurant or restaurants are completely closed or have to just operate on takeout because of a public health measure.

Smith: Maybe we can talk about the supply side then, too, because that's also an important part of this story.

Albanesi: During a standard recession, schools are open. Childcare centers do not go out of business. Instead, during this particular pandemic recession, schools were, for the most part, either closed or operating virtually with sometimes a very unpredictable schedule. That really increased demand for time on the part of parents to supervise children who might have been in kindergarten or children who might have been in in-person school otherwise and needed help with remote learning. What we see disproportionally was that mothers took more of that responsibility.

Shifting more attention to labor supply is the big-picture thing here. And when we think about labor supply for parents, one key determinant is having their children in school or in childcare.

Smith: What do you think that says about the importance of childcare policies to the overall economy?

Albanesi: I think it says a lot about the importance of childcare policy. I think usually the discussion about recessions and expansions and economic performance is very, very driven by considerations that center around labor demand. This sector is growing, that sector is shrinking, technological transformation is causing some jobs to disappear and some new jobs to emerge. And we never really think too much about the supply side. Shifting more attention to labor supply is the big-picture thing here. And when we think about labor supply for parents, one key determinant is having their children in school or in childcare or taken care of during the day so that they are able to work even if they're working remotely and they're not onsite.

I think thinking about labor supply is something that can change. It's really important for economic performance and motivates the need to think about childcare as a key component of enabling that labor supply. And it's really not something that just benefits mothers or women. It's something that really benefits working parents in general and employers as well, because it allows employees to continue in the career path or in the job that they have chosen without having to reduce their labor supply in case there's any issues with the children.

Smith: There may be some concerns about the career prospects for women. I'm wondering if there are any policies you'd like to see the government pursue to help mitigate that?

Albanesi: In general, something that we found in our research is that a lot of the occupations and industries that experience large drops in employment—resulting in women losing jobs—may not necessarily bounce back. This is because some of those occupations and industries are so-called highly automatable—[where] workers can easily be replaced by machines, whether that's software or a robot or a robot-like machine. In the three recessions prior to the pandemic recession, when the economy recovered, some jobs did not come back because in the recovery, firms adopted labor-saving technology that replaced the workers.

To deal with this problem, what would be really helpful is to have retraining programs or programs that facilitate retraining for workers who might be in sectors that are now persistently smaller as a result of the pandemic. This could be community colleges or two-year programs, or just give people the incentive to enroll in four-year colleges or more professional programs. And it would be particularly beneficial for women because they've been affected more in the recession in terms of losing jobs on the labor-demand side. But it could also benefit women who have voluntarily stopped working when they want to reenter.

“Effects of the COVID-19 Recession on the US Labor Market: Occupation, Family, and Gender” appears in the Summer 2021 issue of the Journal of Economic Perspectives. Music in the audio is by Podington Bear.

Whose jobs are the most recession-proof?

Where you want to be if the economy takes a dive