The rise of advertising giants in the attention economy

Is consolidation among marketing networks driving down online advertising sales? 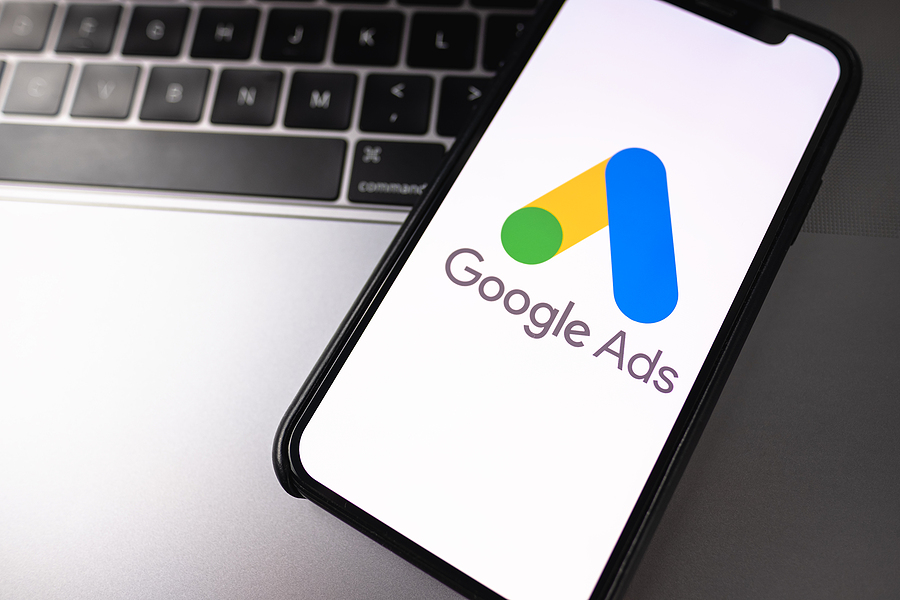 Companies like Google, Facebook, Apple, and Amazon act as the gatekeepers of today’s attention economy. While Big Tech's power over this market has grown immensely, they’re being challenged by a less well-known group of players, according to a paper in the American Economic Review.

Their findings could have important implications for regulators contemplating action against the tech giants.

Modern advertising may have started with the creative writers and artists of Madison Avenue, but it has evolved into a data-driven business with global reach. The biggest players in this industry are now networks of marketing agencies that essentially advise clients on how to invest their media budgets.

“WPP, the largest of these companies, has yearly revenues that are on the order of one fifth of those of Google. So they're pretty gigantic,” Decarolis told the AEA in an interview.

Their success comes in large part from combining sophisticated software for targeting online ads to the right consumers with advanced bidding algorithms that buy advertising slots in auctions run by the major digital platforms.

What [our work] shows is that in this platform environment, such vertical integration processes could be quite dangerous. It's a way in which platforms could keep their monopoly power and keep their rents particularly high.

The authors studied these developments in the context of sponsored search ads—a market which represents about half of all internet advertising revenue and is dominated by Google.

On the search engine’s result page for a given search term or keyword, advertisers compete against each other to buy one of a limited number of advertising slots. But rather than bidding individually, advertisers increasingly rely on the highly specialized advertising networks.

While explicit coordination by advertisers is illegal, the intermediaries dampen competitive bidding through their algorithms in several ways. One of the most important tactics is splitting so-called “branded keywords.”

In general, the networks’ bidding algorithms find thousands of different ways to divide up all the search words on Google for each type of advertiser.

Another way to coordinate bids
The chart below shows a simplified example of one way intermediaries can coordinate bids. Three advertisers (q, j, and k ) submit arbitrary bids ( bq = 4, bj = 3, and bk = 1 ) to an auction in which the winner pays the second highest bid held by the intermediary (α, β, or γ) to which they are affiliated. Intermediaries then bid in a search auction. In panel A, each advertiser has a different intermediary. In panel B, q and j share intermediary α. The arrows indicate how the intermediary translates the bids in its own auction into the bids placed on the search auction. In panel A, bids are passed without distortions; in panel B, j’s bid is reduced. In both cases q wins, paying the second highest bid which is either 3 (panel A) or 1 (panel B). 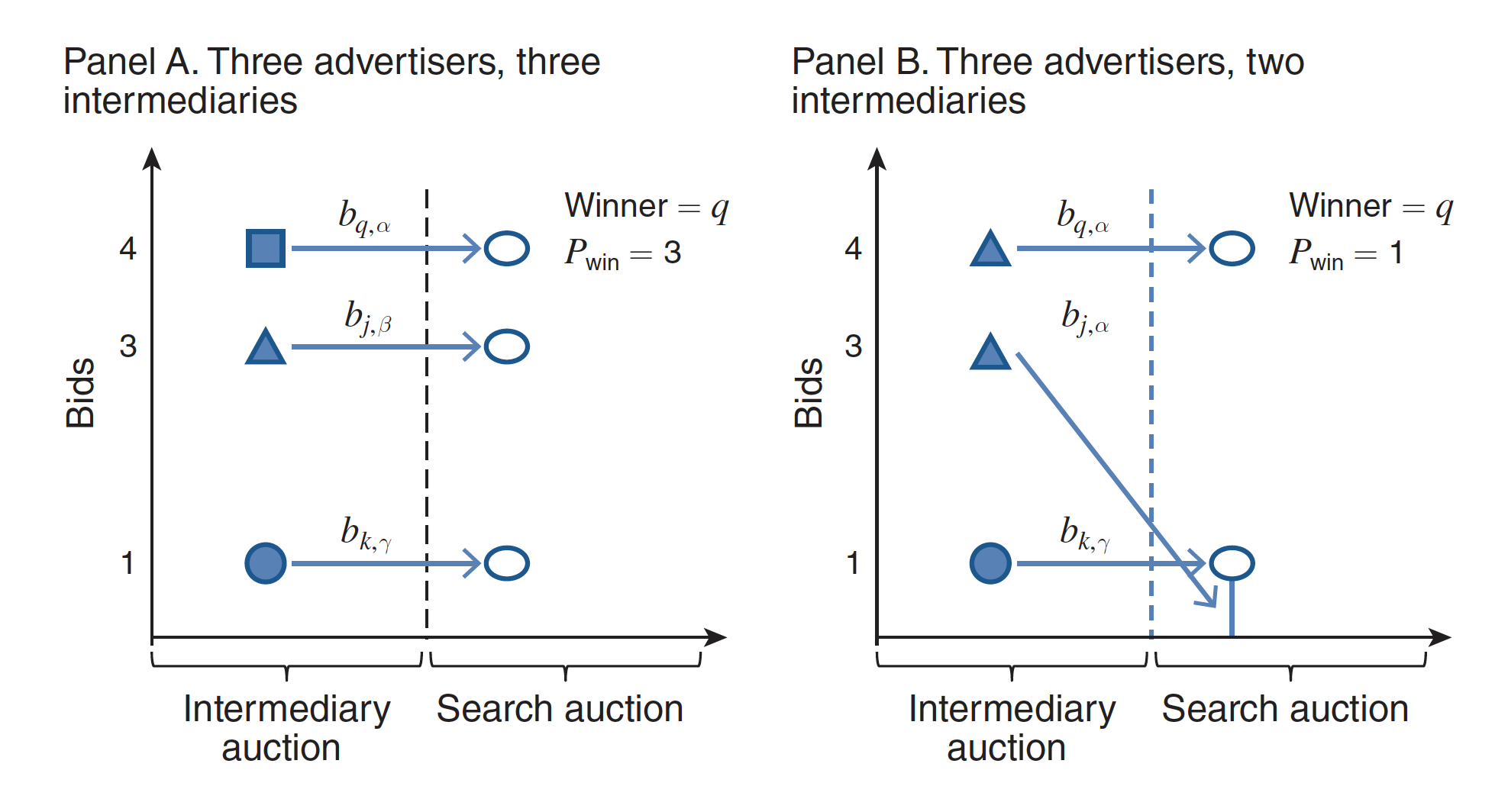 Using data on nearly 40 million Google keyword auctions, the researchers applied state-of-the-art natural language processing methods and machine learning techniques to cluster keywords into thematic groups that serve as relevant bidding markets among advertisers. Their approach ensures that different but related search terms, such as “car” and “automobile,” are systematically pooled together in a way that mimics how consumers find products and services online.

This approach revealed that an average increase in concentration associated with intermediary mergers and acquisitions decreased Google’s revenues from search ads by over 10 percent.

But the authors caution that their estimates ignore actions digital platforms might take to recover lost revenue. In particular, some are contemplating providing algorithmic bidding tools directly to advertisers so they can bypass intermediaries.

“What [our work] shows is that in this platform environment, such vertical integration processes could be quite dangerous. It's a way in which platforms could keep their monopoly power and keep their rents particularly high,” Decarolis said. “It definitely suggests that regulators keep an eye on vertical annexations.”

“From Mad Men to Maths Men: Concentration and Buyer Power in Online Advertising” appears in the October 2021 issue of the American Economic Review.

Should the United States be worried about its growing monopolies?