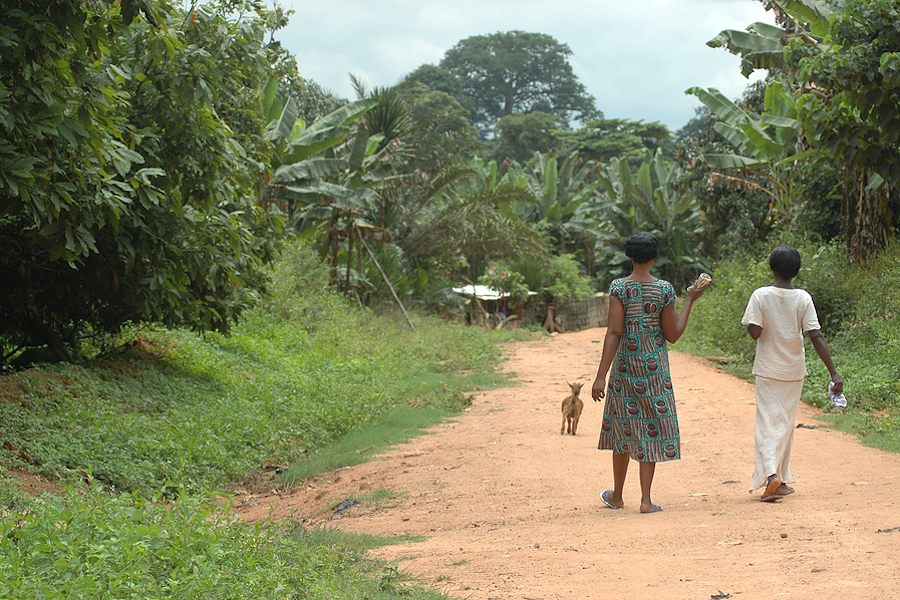 Two women walk down a dirt track in Ghana's countryside.

Cognitive behavioral therapy (CBT) is a form of counseling designed to change unhelpful patterns of thinking. A strong, evidence-based track record has led to its widespread use in high-income countries. But it may also be an important tool for helping people in some of the poorest countries in the world.

In a paper in the American Economic Review: Insights, authors Nathan Barker, Gharad Bryan, Dean Karlan, Angela Ofori-Atta, and Christopher Udry found that group-based CBT in rural Ghana significantly improved mental and perceived physical health, as well as cognitive and socioemotional skills—even for individuals who did not report mental distress.

The findings may be paired with more traditional economic assistance to get the most out of anti-poverty programs, says Nathan Barker.

Barker recently spoke with Tyler Smith about his experiment in Ghana and why CBT can be beneficial for everyone, not just people suffering poor mental health. 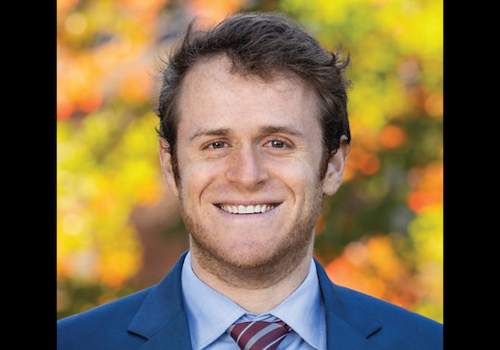 Tyler Smith: What is cognitive behavioral therapy, and what kinds of issues is it designed to address?

Nathan Barker: Cognitive behavioral therapy is a form of psychotherapy, which I think at its core is built around a few central ideas. I would say among them is that when we're exposed to some stimuli or experience in the world we have this automatic response. But it's important to instead recognize that there's this intermediate stage that takes place where we have the chance to interpret these thoughts, and thus interpret our response in a productive or unproductive way. The idea with CBT is that when we experience things in the world that we might have productive or unproductive responses to, there might be what are called thought distortions—the idea that we might interpret it in a negative or unhealthy way. CBT is about thinking about how to refine our thinking in a way to make sure that we're interpreting stimuli in productive ways. It's a form of psychotherapy that has a really strong evidence base. It's generally used to treat depression and anxiety, but there's a whole host of things that it has been proven effective for, such as eating disorders and dealing with antisocial behavior.

Smith: Why did you want to study the impact of CBT in rural Ghana?

Barker: This project was born in part out of a set of other projects my coauthors and I have been working on that are focused much more on anti-poverty programs, like giving people productive assets such as livestock and training. What we saw in other contexts was that effectively these types of programs—where people are given assets and given the opportunity to work on  something—seem to be productive by virtue of the fact that people are working more, have better mental health, and have a higher belief in their own abilities. That suggested to us that mental health might be an important avenue through which these people are benefiting from the program. Concurrently, through other work, we saw that there's quite a large incidence of psychological distress that takes place in in rural Ghana, which suggested to us that that not only is there evidence that these programs might operate through the channel of mental health, but also that mental health is a serious concern in these contexts.

Smith: What did your experiment consist of?

Smith: What did you find? What was the impact of the program on the participants?

Barker: The impact of the program was that individuals who received cognitive behavioral therapy as compared to the individuals that received nothing on average had lower rates of depression, reported better mental and physical health, and reported higher measures of social–emotional skills—things like grit, self-control, and self-efficacy. Also, we saw modest improvements on individuals’ performance on cognitive tests, such as digit span and Raven's Progressive Matrices, tests that measure fluid intelligence. I think all of those impacts are exciting and interesting. But I think it is also notable that we saw these impacts both for poor individuals who were screened as having psychological distress at baseline as well as poor individuals that did not have psychological distress at baseline. The impacts didn't seem to just be concentrated among that first group.

I could imagine a lot of economic programs, such as job search programs or vocational training programs, where their effectiveness is potentially mitigated by distress or poor mental health. In that case, pairing them with CBT would make these other programs potentially more effective.

Smith: Why do you think all the participants benefited, regardless of their baseline level of distress?

Barker: We think the answer to that is likely twofold. One is that we think that individuals in a state of poverty, even if they're not screened as having psychological distress at a given point in time, are nonetheless vulnerable to subsequent distress. You can imagine there's a lot of stimuli that individuals encounter in the world that could negatively affect their mental health. It might be you're running a business and you have a low supply of customers and that might induce distress and make you think your efforts aren't paying off. Or you might experience a negative economic shock like a bad harvest or a negative health shock in your household that is damaging financially, and that can certainly lead to psychological distress. We think that for individuals who were not distressed at baseline—but nonetheless vulnerable to subsequent distress—that this preemptively provided them with a set of tools to help them manage stressors that they might experience in their lives. I think on top of that, we saw treatment effects related to social–emotional skills, such as belief in one's own abilities, the ability to resist impulses, and the ability to keep going when things are tough. We saw these positive effects both among people that were distressed and not distressed. We think that there might be a separate pathway, beyond the margin of distressed or not distressed, through which these tools are useful and CBT can help develop.

Smith: Are there any tweaks you'd like to see to the CBT program like this one? Or are there additional programs that you think would complement CBT nicely?

Barker: One thing that I think we're quite interested in is the question of how to make these impacts endure over a long period of time. Our results are quite short run; we deliver the 12-week CBT program and then on average we survey individuals two months after. I think in many ways this is a proof of concept of delivering CBT in the short run. I think there is work that suggests that CBT can have longer-run impacts, but I think the evidence is more sparse in that domain. Our team has thought about booster sessions or ways that individuals who receive the program—whether it's one month, three months, or six months later—can come back and take short lessons that give them the opportunity to re-practice these skills and reacclimate. I think a key tenet of CBT is not only that you're told about these tools, but also that you're given the chance to practice and use them. We could try to give individuals the chance to continue to sharpen these skills, especially because people are vulnerable at a given point in time, and it could be shortly after the program or it could be a year later.

I also think that it's valuable to think about how these mental health interventions can be paired with more traditional economic programs. In our case, we've paired the CBT with giving people livestock and training. The question is if you give people CBT, can that enable them to take advantage of these economic opportunities. But I could imagine a lot of economic programs, such as job search programs or vocational training programs, where their effectiveness is potentially mitigated by distress or poor mental health. In that case, pairing them with CBT would make these other programs potentially more effective.

“Cognitive Behavioral Therapy among Ghana's Rural Poor Is Effective Regardless of Baseline Mental Distress” appears in the December 2022 issue of the American Economic Review: Insights. Music in the audio is by Podington Bear.

The promise of conditional cash transfers