Keep it in the ground

How much does restricting the supply of federal coal reduce carbon emissions? 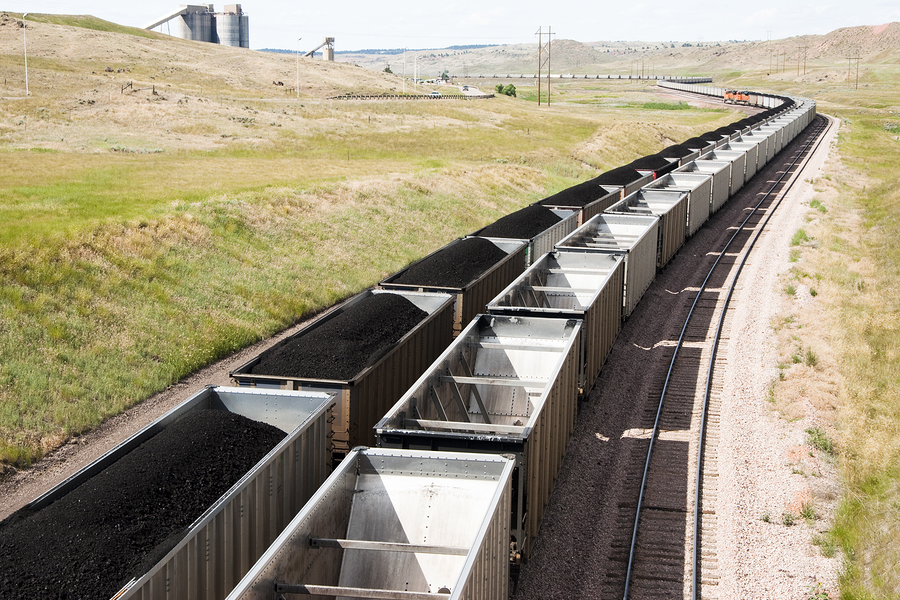 A train takes coal from a Wyoming mine to a nearby power plant. Wyoming is home to the Powder River Basin, which contains one of the government's largest coal deposits.

Environmentalists like Greenpeace have drawn a line in the sand. They say that governments must keep fossil fuels in the ground, or else the planet will face a climate upheaval that no country is prepared for.

The activists have drawn mockery from business groups that represent oil and gas companies. Even sympathetic Obama officials have called their efforts unrealistic and naive.

But when it comes to coal, the hardliners may be on to something.

A paper in the February issue of the American Economic Journal: Economic Policy says that limiting the extraction of coal from federal lands could be a sensible tool for reducing carbon emissions.

Authors Todd Gerarden, Spencer Reeder, and James Stock estimated the impact that a surcharge (basically a tax) on coal mined from federal lands would have on CO2 emissions. Their work also investigates the complicated and nuanced role that different regulatory approaches can play in efforts to stop global warming.

“Our empirical analysis shows the importance of thinking through how there might be different responses by different sources of fuels,” Gerarden told the AEA in an interview.

Economists have often been skeptical of proposals to ban fossil fuel extraction. They’ve learned that profit-driven entities search hard for substitutes that can undo well-intentioned regulations.

In the case of coal production, federal restrictions don’t stop companies from mining on nonfederal lands or importing from overseas or switching to other sources such as natural gas.

However, when the researchers put that theory to the test, it didn’t hold up that well.

Coal country
The chart below shows coal production for each state in 2018. Wyoming leads production with over 300 million tons of coal, a large portion of which comes from federal land in the Powder River Basin. Total US coal production fell 23 percent between 2014 and 2017.

Using the Environmental Protection Agency’s standard model for regulatory assessments, they compared a “royalty surcharge” on federal coal—commonly classified as an upstream regulation—with several downstream regulations that directly limit the amount of carbon that can be emitted into the atmosphere.

By itself, a surcharge equal to the social cost of carbon—the estimated dollar value of damages from an additional ton of CO2—would reduce emissions by 260 million metric tons in 2030, a 13 percent reduction.

To put that in context, this is about 70 percent of what would have been achieved under Obama’s downstream regulatory proposal, the 2015 Clean Power Plan (CPP), which was eventually scrapped by the Trump administration.

The CPP took an approach that economists have long favored. It encouraged a mix of so-called cap-and-trade initiatives at the state level, which allowed companies to emit carbon up to a certain point. But when that cap was exceeded, a company had to purchase unused permits from other, cleaner companies.

In this way, the total level of carbon emissions remained under the control of regulators, and markets decided how the overall target should best be achieved.

Yet the authors showed that even when this downstream approach is adopted there can still be a role for upstream policies like the surcharge.

The weakness in the CPP approach is that caps are not always binding. In some permit-trading regions, the emissions level can be set too high and have no impact. The royalty surcharge can act as a kind of backstop for downstream policies in these cases.

Our empirical analysis shows the importance of thinking through how there might be different responses by different sources of fuels.

The surprising effectiveness of restrictions on federal coal should not be taken for granted though. The researchers’ results depend upon unique features of the US coal market.

For one, the sheer size of the government’s coal deposits gives it an outsized influence. Coal mined from federally managed lands accounts for over 40 percent of US coal consumption. And, federal coal is much less costly to mine than nonfederal coal. This inhibits switching between sources of coal, raises its price, and encourages switching to cleaner fuels like natural gas.

One takeaway for environmentalists is that they shouldn’t assume that bans on, say, off-shore drilling or fracking will be as effective at curbing emissions.

“Since we will never be able to keep all the coal, gas, and oil in the entire world in the ground, it's important to think about how this kind of policy may work well in some sectors but not as well in other sectors,” Gerarden said.

“Federal Coal Program Reform, the Clean Power Plan, and the Interaction of Upstream and Downstream Climate Policies” appears in the February issue of the American Economic Journal: Economic Policy.