No prosperity without freedom

Can China's media thrive while being a propaganda arm for the government? 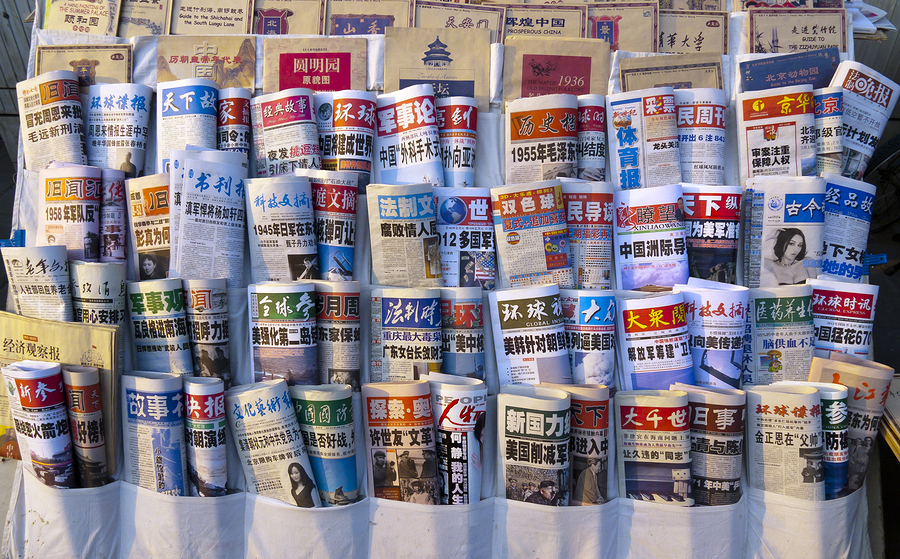 Newspapers in China are all owned and regulated by the government, but financially depend on advertising revenue.

Tech entrepreneurs used to say that information wanted to be free.

Then they tried doing business in China.

The world’s second largest economy is also among the most secretive, a government tightly controlling the flow of information.

This autocratic system has vexed global powerhouses from Facebook to Google that want to penetrate a huge market, and even frustrated homegrown social media companies.

Cracking down on a free press and promoting state-sponsored propaganda has consequences, though. China is making a political-economic trade-off that undercuts its own economic goals, according to a paper in the September issue of the American Economic Review.

It’s not an ideal system.

“It’s not an ideal system,” said Yanhui Wu, co-author of the paper, in an interview with the AEA. “Because, at the end of the day, idea flow is essential to innovation….and also for coordination.”

Wu and co-authors Bei Qin and David Strömberg looked at the impact that competition had on a newspaper’s coverage bias. Papers were more likely to specialize in either political news or entertainment amid weaker competition, and those that continued to cover politics became more strident mouthpieces for the Communist government — even though it hurt their bottom line.

The research highlights the cost-benefit calculation autocratic governments face in weighing economic concerns against their desire for media control. And it comes as totalitarian regimes in developing countries in Asia and Africa look to China as a model.

All Chinese newspapers are owned and regulated by the Communist party, with oversight of smaller papers delegated to lower tiers of government. The papers are supported through advertising revenue, however, giving the local owners a strong incentive to sell newspapers. It is a system that attempts a tricky balance between regulating information while keeping some aspects of market competition.

What sells, according to the authors, is less-biased reporting. 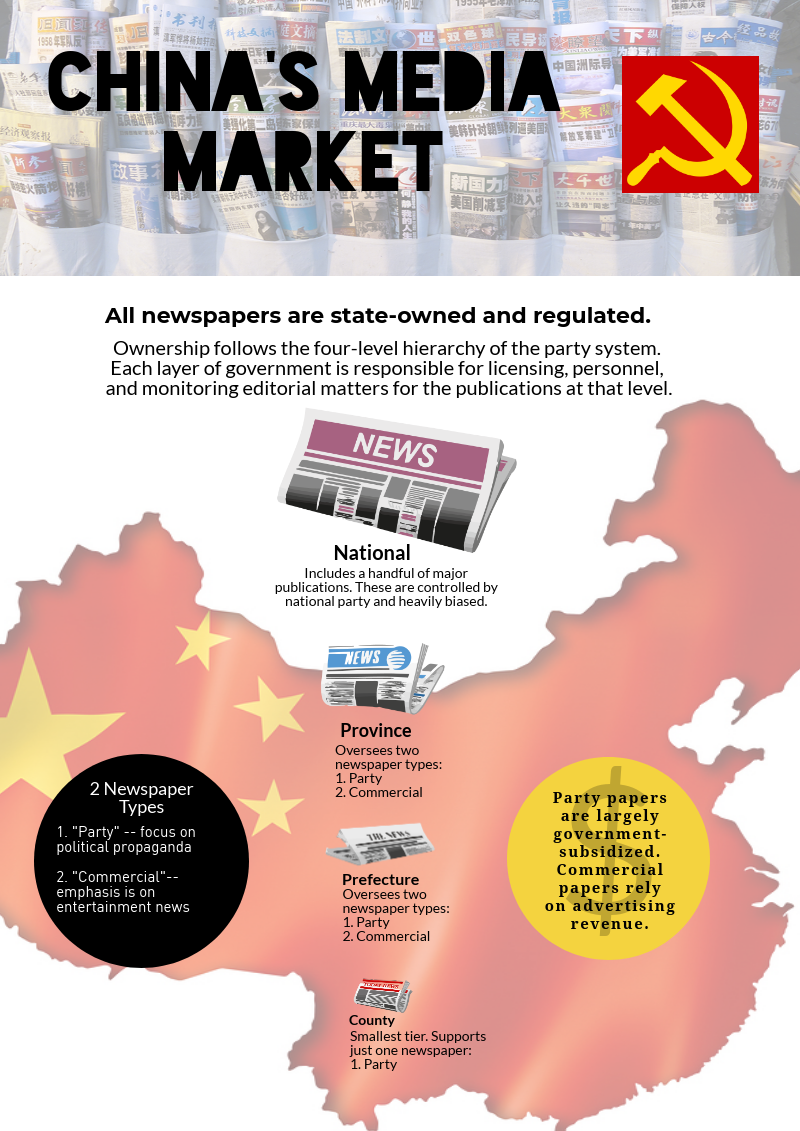 They collected data spanning three decades from 1981-2011, and examined newspaper coverage of nine topics, from propaganda to politically sensitive information and more commercially oriented news like sports and entertainment. Then they used it to create a bias index.

A one-standard deviation increase in bias was associated with a 33 percent drop in advertising revenue, suggesting that advertisers (and readers) respond strongly and negatively to politically biased content.

To test their results, the authors studied the effects from the Chinese central government’s decision to shutter more than 80 percent of its smallest county-level newspapers in 2003. The closings were a response to protests from poor farmers in rural areas who argued that the cost of subscribing — a de facto requirement by the local regime — was an excessive financial burden.

The sudden loss of county-level newspapers left a gap in the market for less-biased coverage. Would the prefecture-level papers — the tier directly above the county level — cut back on the propaganda in order to meet that demand?

Nope. Instead, the prefectural owners — which owned both government-backed and commercially oriented newspapers — differentiated their holdings by doubling down on political propaganda in the Party-sponsored papers and making their commercial papers more entertainment focused. It was a way to stabilize overall ad revenue without sacrificing control of the political messaging. Revenue was certain to drop for their propaganda-leaning newspapers, but they’d make it up on the other side through rising demand for entertainment news.

China’s newspaper owners would have had a net revenue gain had they given more editorial freedom to the political newspapers. But that was the political-economic trade-off party leaders made.

This trade-off is most acute at the lower tiers of government, which are further removed from the national political agenda of the Communist party. This means that the Party-backed newspapers run at the lower level put less emphasis on political propaganda and more weight on advancing economic growth, which fuels competition between their newspapers.

Meanwhile, national Chinese leaders will continue to confront this trade-off in sacrificing economic prosperity for advancing a political agenda. It is a balance that China may be able to afford in the short term, but which may eventually be unsustainable.

“It’s a very difficult question. The future is a hard question,” he said. “This is related to the question of whether China can sustain this economic growth or not… I think this is sustainable in an intermediate realm, but it is not an ideal system in the long run.”

"Media Bias in China" appears in the September issue of the American Economic Review.