Staying beneath the death ceiling 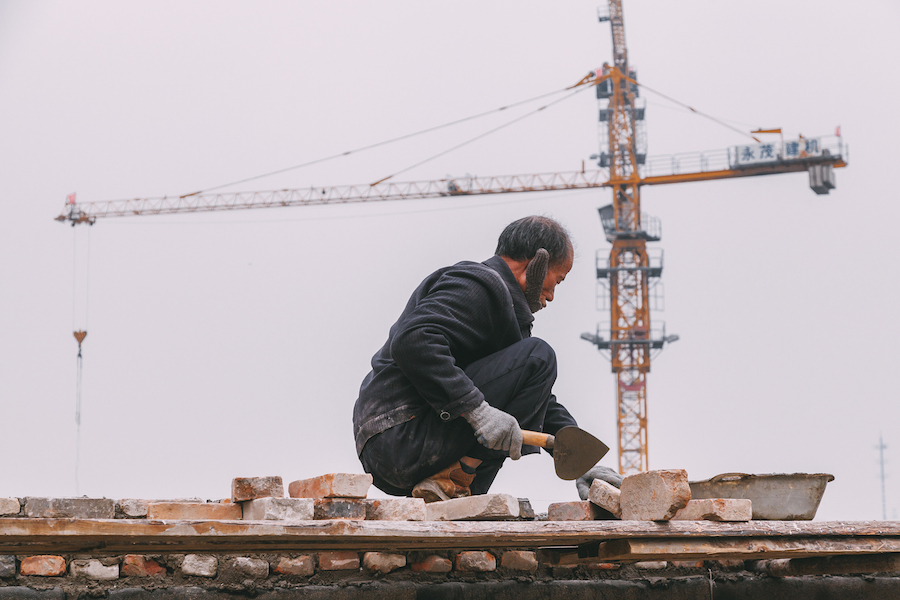 A bricklayer works on a construction site in Beijing in 2014. China has tried to create policies to improve workplace safety in construction and other industries.

Chinese workers were dying at an alarming rate and provincial government officials realized that something needed to be done.

Years of increasingly severe jobsite accidents had claimed the lives of workers in coal mines, chemical plants, and other industries. So, in 2004, China created a program aimed at motivating local government officials to reduce accidental deaths. The program included safety targets called “death ceilings,” which if exceeded, could stand in the way of a promotion for whatever official was held responsible.

Ray Fisman and Yongxiang Wang examine this program in a paper that appears in the April issue of American Economic Journal: Applied Economics. They say it’s highly likely that Chinese officials manipulated how deaths were reported in order to stay beneath the ceilings.

Fisman recently spoke with the AEA about his research and the trade-offs that must be considered when designing policies with high-powered incentives. An edited transcript follows and the extended interview can be heard by clicking on the media player below.

AEA: You look at China's death ceiling program in this paper. What was going on in China around the time that it was implemented in 2004?

Ray Fisman: China was at a point in its development where the focus had really been on economic development, and I'm tempted to almost say at all costs. Environmental consequences, worker safety consequences were secondary and promotion decisions in particular for provincial or municipal officials were based largely on GDP growth. At the point where this program was implemented there was public pressure to look beyond just economic prosperity as the ultimate performance metric. So that's what led to this attempt at providing incentives to provincial officials to improve their safety records.

AEA: What exactly were the concerns as it related to workplace safety?

Fisman: The chances of perishing as a worker in China was considerably more than an order of magnitude higher than one's odds in the United States or England. If one even looks at a country that is at a more comparable stage of economic development like South Africa, even still the worker fatality rate was just many times higher. So there was this public pressure that was building. Just as there actually have been in the recent past, some very high profile incidents where up to dozens or more people perished in a single incident as a result of say a fire or a collapse of a mine shaft. Coal mining is notoriously perilous for example.

AEA: Let's talk about this death ceiling program. Can you briefly explain what it was?

Fisman: The chief aim was to bring down by some significant percentage the rate of workplace deaths across China over the course of a relatively small number of years. And to achieve this, essentially, the aggregate quota for the whole country in terms of reducing death rates by say 10 percent a year was parceled out across provinces. Each province would be assigned a "death ceiling." So, for example, you might be permitted up to 1,300 workplace deaths with no adverse consequences for promotion as a provincial leader. But get 1,301 and then you probably wouldn't see yourself getting ahead in the bureaucracy. 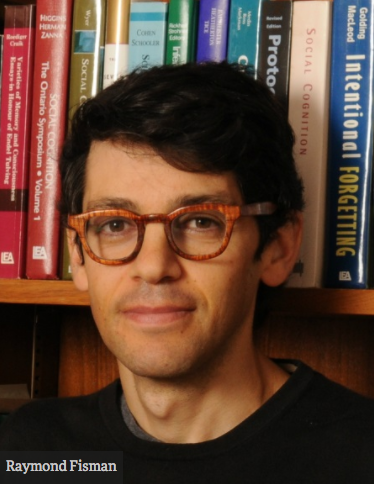 AEA: On the surface, how successful was this program?

Fisman: On the surface, everything worked out great. You give me a number, I'll hit that number. So, in general, provincial leaders hit their quotas.

AEA: What exactly resulted? You note that deaths fell by something like 45 percent between 2005 and 2012.

Fisman: Which is essentially what they had to do to hit their quotas. If you can picture in your mind's eye the ratio of reported deaths to your death target, if this number is above one, then you've missed your target. If it's one or less, then you've hit your target. And what you observe in the data is a lot of bunching at exactly one and just below. That is, provincial leaders were making sure to get 1,300 but not 1,301.

Fisman: It's particularly suspicious given that you don't see any such discontinuity any such sharp break in the data. Even as far as the third quarter of each year. So they're adjusting this really to hit their end of year numbers.

AEA: What specifically did you want to look at with this paper?

Fisman: We want to show in a high-stakes setting the distortionary effects of high-powered incentives. And one reason why we think that this is an instructive setting in which we might look is that it's harder to game fatalities than other outcome measures. Because ultimately, in a very literal sense, there is a body count. We are not claiming that deaths went unreported. What we're claiming is that you find some margin on which you can fudge the numbers.

The other thing I do think is worth pointing out here, is that this is a pretty general phenomenon. There was a series of exposés about the Chicago police department a few years ago on how they were facing high-powered incentives to bring down homicides and there were stories of exactly the same sort of reclassification of deaths from homicide to of natural causes.

AEA: But this has applicability even beyond this Chicago example. High-powered incentives are being used to hold public school teachers accountable. I'm thinking the New York City teachers and Regent exam scores.

Fisman: We're not saying that high-powered incentives are a bad thing. We are highlighting that even in an instance where you would think the outcome is relatively objective and easily measured, you still get this sort of juking of the stats. And so, if you get it here, you should probably be really worried about something that is more prone to manipulation.

We're not saying that high-powered incentives are a bad thing. We are highlighting that even in an instance where you would think the outcome is relatively objective and easily measured, you still get this sort of juking of the stats.

AEA: Are there ways that these kind of high-powered incentive programs can still be used, but perhaps more effectively?

“The Distortionary Effects of Incentives in Government: Evidence from China’s ‘Death Ceiling’ Program” appears in the April issue of the American Economic Journal: Applied Economics. Music in the audio interview is by Podington Bear.

Are Chinese workplaces really getting safer?