Are Chinese workplaces really getting safer? 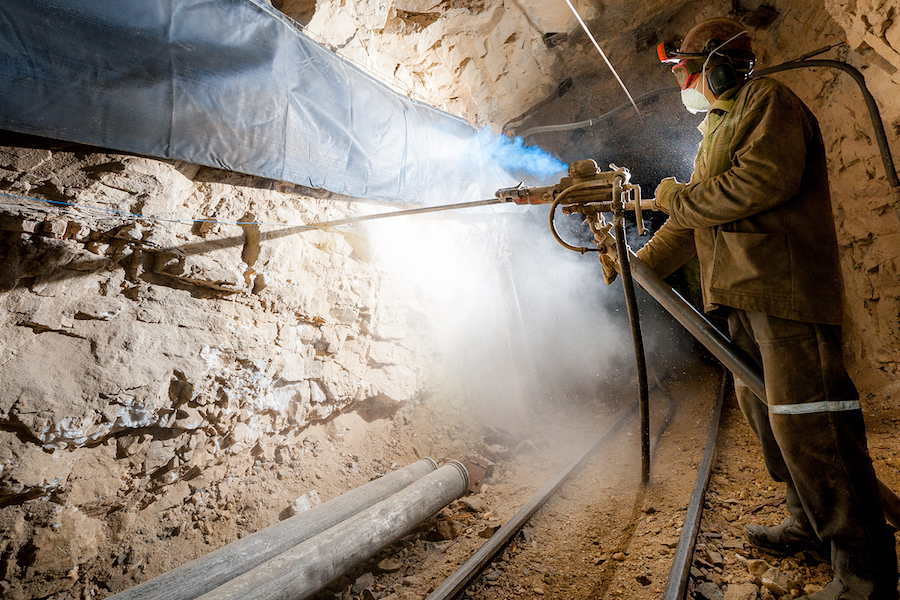 In 2004, after a string of high-profile incidents in dangerous work environments and public spaces ranging from mining accidents to stampedes, the Chinese State Administration of Work Safety stepped up efforts to prevent accidental deaths. After assigning target-level “death ceilings” to each province, many provincial officials began to tie local officials’ promotion decisions to accident counts in their districts.

Officially, accidental deaths began to fall precipitously after this change, falling to about half their previous level by 2012. But a new study appearing in the April issue of the American Economic Journal: Applied Economics provides a cautionary tale about using sharp incentives to motivate local officials. 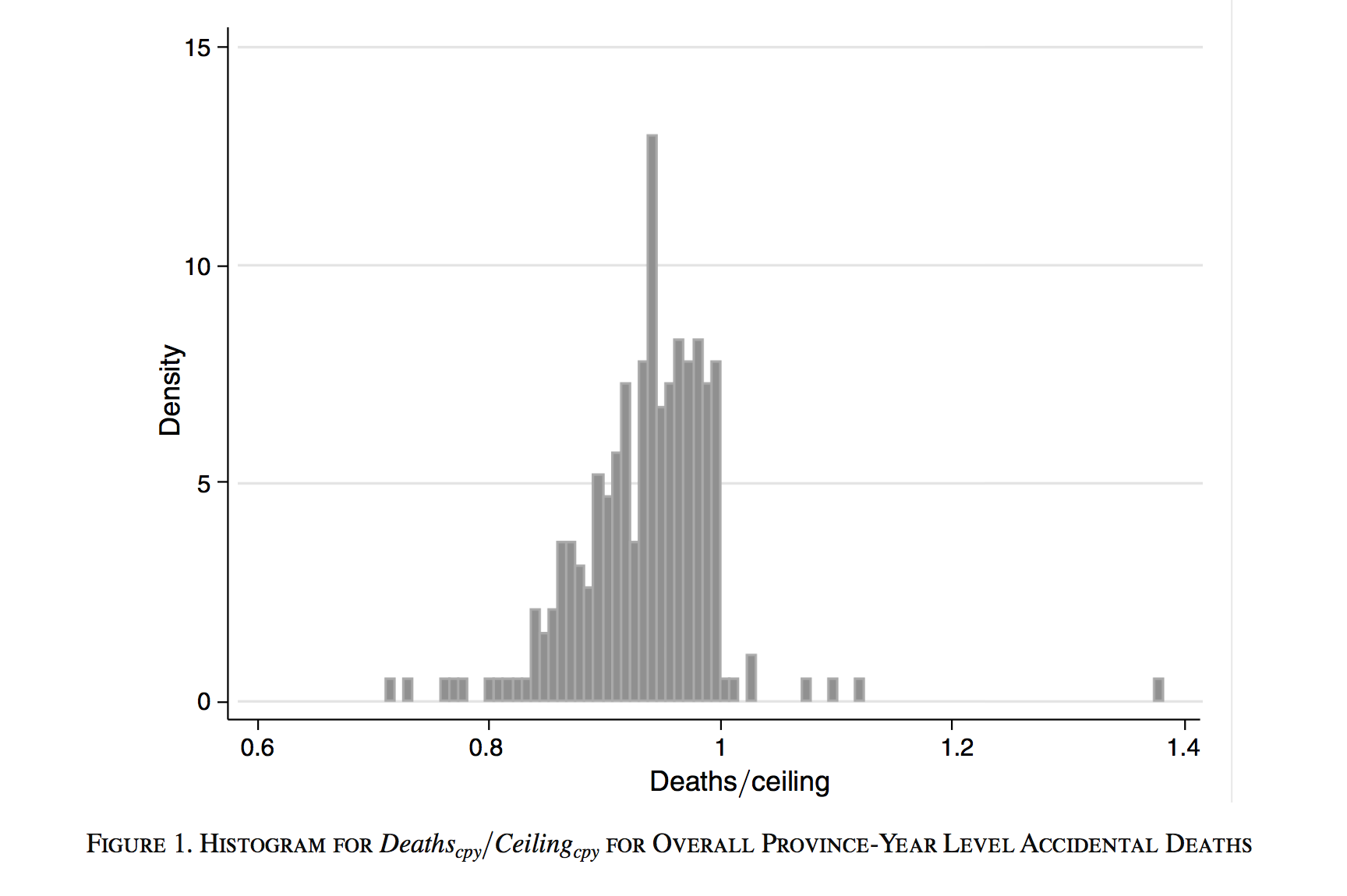 Authors Raymond Fisman and Yongxiang Wang study the accidental death statistics reported by localities under the new system. Tons of localities report death counts that are in a range just beneath their death ceilings, but very few report deaths above their ceilings. The lopsided distribution in the figure above is incredibly unlikely to happen by chance – something is exerting very strong pressure to keep reported death counts just beneath the government-mandated limit.

In principle, this could be partially a real effect – local officials could take drastic steps to reduce accidents when their death counts approach the ceiling. Still, the authors think manipulation of the statistics by local officials probably explains most of the effect. Deaths that should count toward the ceiling might get improperly recategorized or hushed up if a local official notices that the overall death count is getting too close to the ceiling.

The Distortionary Effects of Incentives in Government: Evidence from China's "Death Ceiling" Program

We study a 2004 program designed to motivate Chinese bureaucrats to reduce accidental deaths. Each province received a set of "death ceilings" that, i...