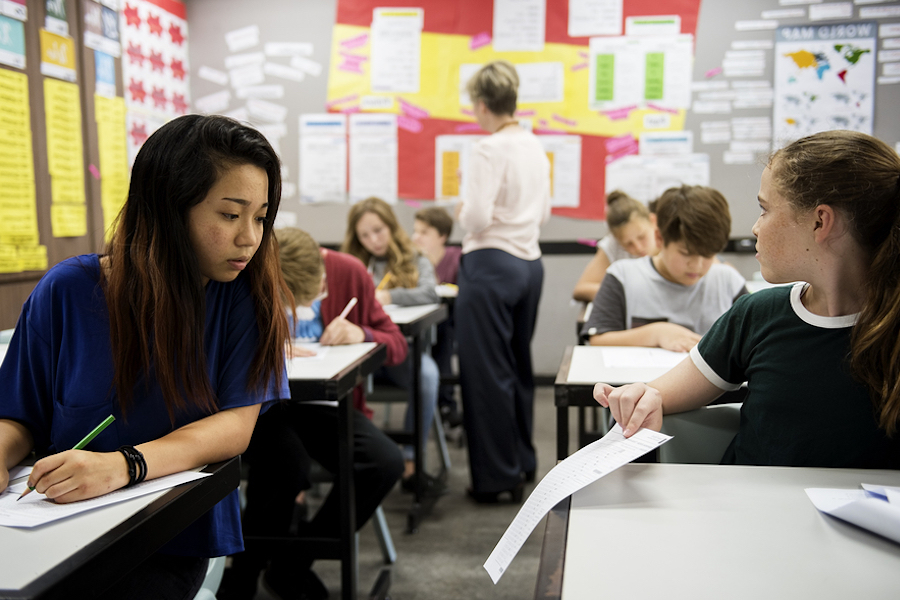 If you give high school students cash incentives to perform well on exams, their scores will increase. Of course, these higher grades have two possible explanations: increased learning or increased cheating. The first was the goal of Aligning Learning Incentives (ALI), an experiment designed to encourage student learning throughout high schools in Mexico.

It worked, but the second explanation played a role, too. A paper in the February issue of the American Economic Journal: Economic Policy examines the prevalence of cheating throughout this program. Authors César Martinelli, Susan Parker, Ana Cristina Pérez-Gea, and Rodimiro Rodrigo find that cheating happened in most classrooms, but it happened significantly more when students had the chance to earn money.

To figure out how many students were cheating, the authors used statistical detection methods most commonly found in the educational literature. Students who took the exams in different classrooms were unlikely to help each other cheat, but some pairs were bound to have similar answers anyway. The authors compared the cross-classroom answers to within-classrooms answers, where cheating was more feasible. This way, they could tease out the coincidences from actual cheating.

As economists, we tend to think that cash is the most powerful direct motivator, but that is not the reality.

ALI gave out three types of monetary incentives. To earn the incentives, students had to move up at least one level in math relative to the previous year, such as by jumping from a Basic to a Proficient classification on their final exams. The first treatment gave cash directly to the students who improved. The second gave the money to teachers based on their students’ performance. (Because state staff monitored the exam, teacher-facilitated cheating was not a concern.) The third treatment distributed money among students, teachers, and school administrators in an effort to create a coordinated, school-wide desire to promote student improvement.

Even without incentives, five to 7.5 percent of students cheated. Martinelli suspects that this is about normal for high school students. Of course, more students became willing to cheat when promised cash rewards. In fact, the percentage of students cheating skyrocketed from 11 percent in the first year to about 27 percent in the second year and even 30 percent in the third year for the student incentives group. These results of the aligned student, teacher, and administrator incentives group were nearly identical. Yet, in the teacher-only incentives group, cheating rates were similar to those of the control group. For students to be motivated to cheat, they had to receive the money themselves. 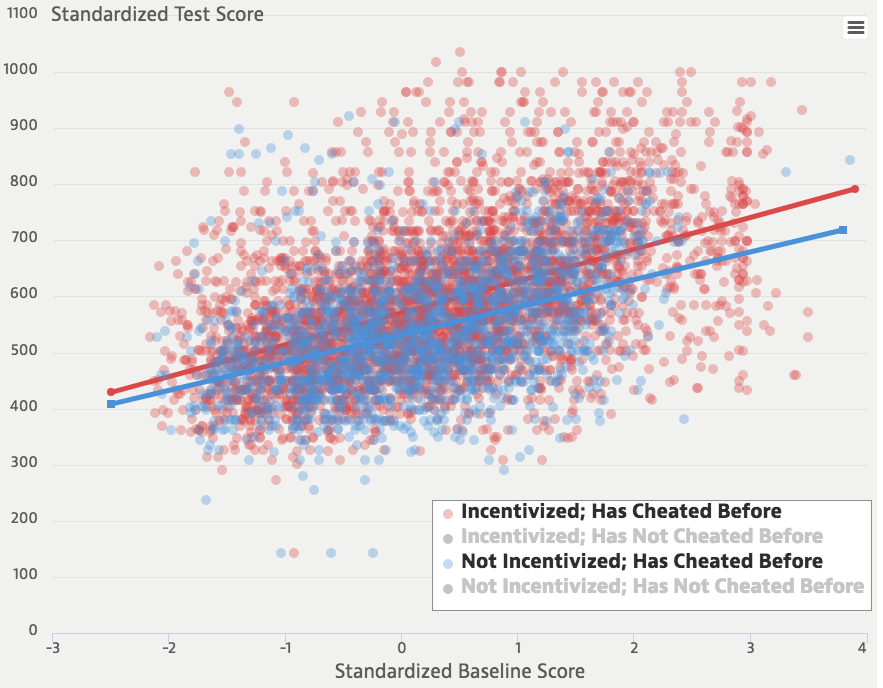 Notably, students cheated more in their second and third years — possibly because they did not know about the incentives during their first year, or because they did not believe that they would actually receive the cash. After students did receive money after the first round, they ramped up their cheating for the next two years.

Despite the clear result that incentivized students were cheating more, it is difficult to make generalizations about the students’ behavior. Cheating varied across schools and classrooms, most likely due to different classroom norms. One school had a classroom without any cheating. In the same school, over 75 percent of students from another classroom copied answers, suggesting a weakened stigma around cheating. “The idea was to look at classrooms as a little society,” says Martinelli. “Incentives matter, but so does culture.”

The students gained approximately 65 to 72 percent of the ALI payments through cheating. However, there is still some evidence of student learning — even when taking cheating into account. This is the difficulty with incentives: rewards can have costly unintended consequences, even when they also make a positive impact.

Martinelli suggests using other types of incentives, such as smaller amounts of cash, books, or college scholarships, to better induce learning. The students who respond to those types of incentives will also be the ones to genuinely invest in their educations.

“As economists, we tend to think that cash is the most powerful direct motivator, but that is not the reality,” says Martinelli. “Whenever we do an intervention, people can find ways to game it.”

"Cheating and Incentives: Learning from a Policy Experiment" appears in the February issue of the American Economic Journal: Economic Policy.

What can high schools do to boost a student's chances of enrolling in college?