A threat paired with insights from behavioral economics can help ensure companies pay their taxes. 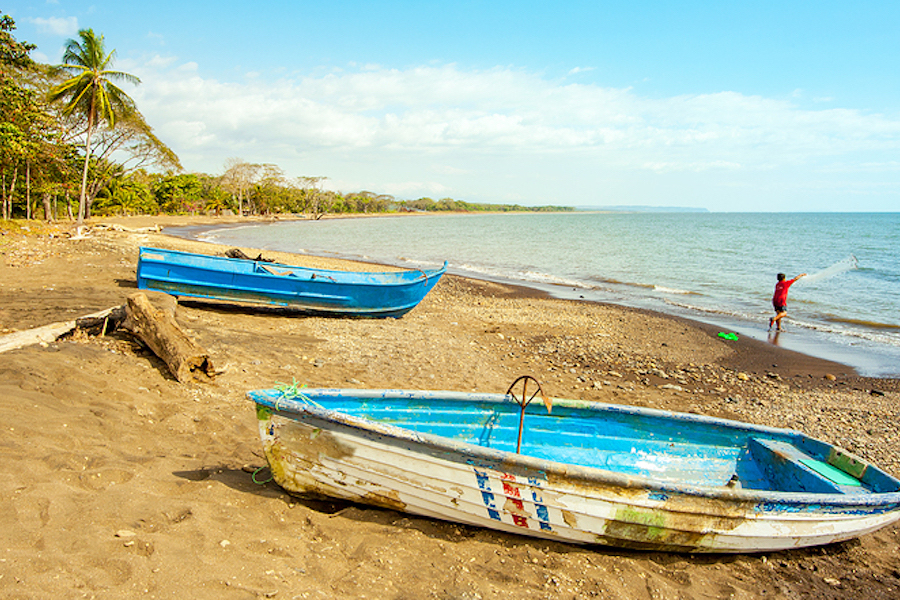 A Costa Rican boy fishes on the beach.

Many development economists say a well-functioning tax system is essential to building a modern state and, in turn, an advanced economy.

But for most low-income countries—where often more than half of companies fail to file their taxes—collecting corporate taxes is easier said than done.

“The government cannot possibly go to every firm that didn't file and make them file,” World Bank economist Anne Brockmeyer said in an interview with the AEA. “They just don't have enough resources.”

Fortunately, a stern warning paired with insights from behavioral economics may provide a cheap solution, according to a paper in the August issue of the American Economic Journal: Economic Policy.

Brockmeyer, who co-authored the paper with Spencer Smith, Marco Hernandez, and Stewart Kettle, found that a simple and carefully crafted email lead to significantly higher rates of tax filing among registered companies in Costa Rica.

Behavioral economics helped to design the messages and made them as simple, appealing, and impactful as possible.

Development research aimed at raising tax compliance has mostly focused on the large group of informal businesses that don’t pay taxes and aren’t even registered with the government. Getting this group to comply with tax law would boost revenue, but bringing them into the formal economy has proven either too difficult or more expensive than it’s worth.

The researchers realized that the companies who are registered but don’t file their taxes could be a better group to target. These companies may just need the right nudge to start filing their taxes.

For Costa Rican businesses, the trick was sending the right information so they took the threat of audits and sanctions seriously.

Costa Rica’s tax collection isn’t as bad as many other developing countries. Four in five firms file their corporate taxes. And its relatively simple tax code may help it perform better than expected, according to Brockmeyer. But they still only collect about 14 percent of GDP in taxes—the OECD average is 35 percent.

To test the most effective messaging strategy, the authors ran an experiment with the Costa Rican tax authority. They randomly sent reminder emails to roughly two-thirds of the country’s fifty thousand registered companies who hadn’t filed in 2014. The message included a general statement about the government’s knowledge of their business activities. The rest were used as controls that got nothing.

The response from firms that were warned was immediate and persistent. The tax filing rate increased by up to 20 percentage points within five weeks and remained higher even two years later.

A strongly worded letter
The template below shows the type of email that businesses with specific third-party information received from the tax authority. The other type of email just contained a general statement about the government's knoweldge of business activities. 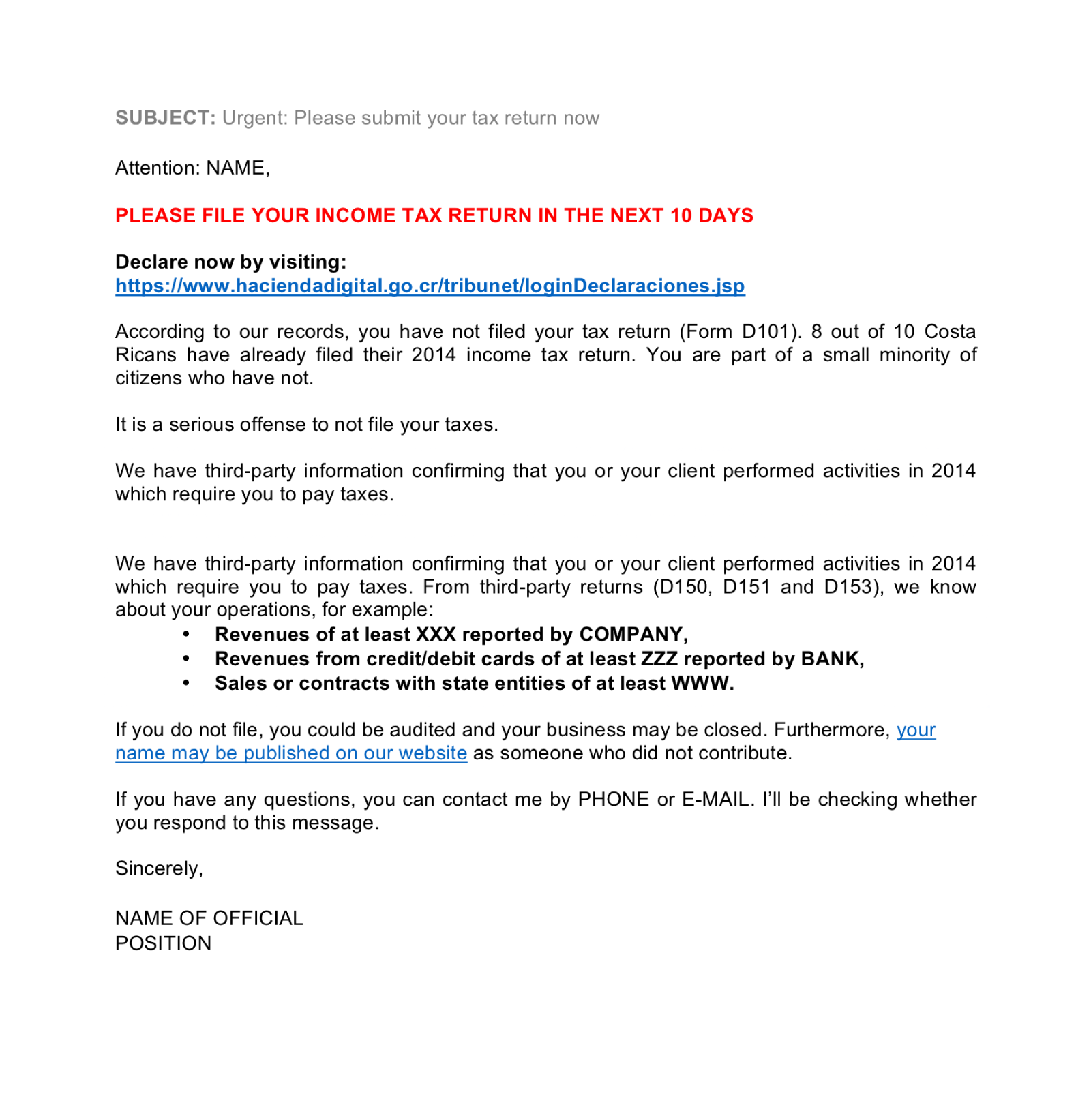 This response was stronger than in most previous experiments. Brockmeyer believed this might have been because the researchers packed several lessons from past research—like having a clear call to action up front, mentioning social norms, and avoiding legalese—all into one message.

“Behavioral economics helped to design the messages and made them as simple, appealing, and impactful as possible,” Brockmeyer said.

The authors used one other tool in a few of the emails. The tax administration had specific third-party information about purchases and sales for about a fifth of firms. Adding this information appears to have been a wake up call to businesses that thought the government wasn’t paying attention. The random group of firms that got these letters increased their filing rate by a further 2 percentage points.

The icing on the cake, though, was the policy’s price tag. For every dollar that administrators spent sending out emails, they saw roughly a four-dollar return in tax revenue.

Brockmeyer said that even rich countries could take a lesson from their experiment, since tax compliance isn’t perfect anywhere. But with only two-fifths of firms filing in the poorest countries, the benefits for their governments could be the largest.

This land is my land

Land rights were the key to economic development in 19th century Russia.