An efficient way to reduce emissions

Carbon taxes may be more effective in curbing pollution than previously believed. 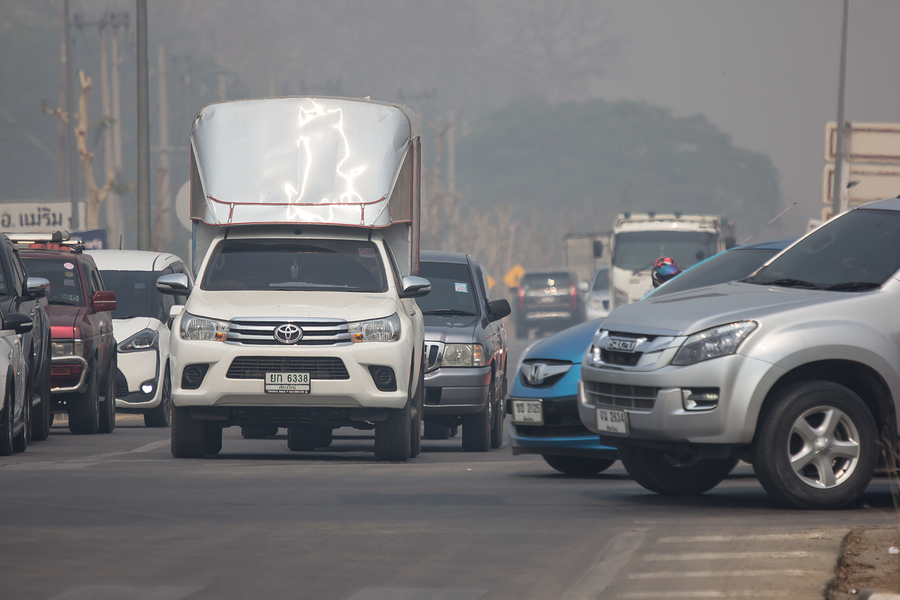 Smoke and pollution haze clouds a roadway in Thailand.

Economists have long championed raising the price of carbon to combat climate change and nearly 40 nations around the globe have followed suit.

There’s some disagreement about the extent to which cap-and-trade policies or nationwide carbon taxes have an impact. Some critics have even claimed they could do more harm than good, stifling growth without reducing harmful air pollution.

But we may be underestimating the positive impacts of carbon taxes, which have a larger effect on transportation emissions than past research has shown, says Julius Andersson, author of a paper in the November issue of the American Economic Journal: Economic Policy.

“The carbon tax is efficient in reducing emissions,” Andersson said in an interview with the AEA.

Andersson, a doctoral candidate at the London School of Economics, examined Sweden’s experience after it adopted a tax on carbon in the early 1990s. The country’s geographic location and long history with carbon taxes made it a good place to study. He says the tax worked: emissions in the transportation sector dropped 6.3 percent annually on average from 1990-2005.

Carbon Pricing
An increasing number of countries are adopting carbon taxes, cap-and-trade programs, or both. The map below shows which countries have either adopted nationwide carbon-pricing programs or are considering one.
Source: World Bank (2019)

The effects are larger than previous research has shown, suggesting that policymakers are underestimating the upside of implementing carbon pricing policies.

Measuring consumer responses to fuel tax policy can be messy. Other factors, like differences in available fuel alternatives (diesel) or other components baked into the market price of gasoline (value-added tax), can be difficult to distinguish when measuring what exactly consumers are responding to. Researchers have tried, but Andersson still felt the control groups in those previous studies were flawed.

To get around this problem of finding a suitable real-life comparison country for Sweden, Andersson created one. His “synthetic control” used emissions data from a comparable group of other OECD countries to create a kind of alternate-reality Sweden, where no carbon tax was adopted. It’s not an approach that would work in all situations—it would be difficult to develop a scenario featuring a synthetic United States, which is a high-polluting emitter that makes it a difficult candidate for comparison. But Sweden is middle-of-the-road along a variety of parameters, making it more suitable.

“It’s a good method to have if the country is not an outlier,” Andersson said. “It should have countries that have higher emissions and lower emissions, making it possible to create the weighted average of the unit that you’re looking at.”

Andersson was able to distinguish the carbon tax from a value-added tax and market-driven price changes when examining how consumers responded. He found that demand for gasoline was three times as sensitive to a change in the carbon tax compared to market-driven fluctuations in price.

The carbon tax today could be even more efficient.

“One issue could be salience. If a tax goes up, it’s often reported in the media, so the consumer is aware that the price goes up,” Andersson said. “Another is persistence. Taxes often go up, but they rarely go down. If the gasoline price goes up, the consumer often knows it might go down next week” and be less likely to fundamentally change their behavior.

He also found no credible correlation with slowed economic growth.

The response to taxing carbon in other countries would no doubt be different, depending on the level of tax and fossil-fuel alternatives. The growth of electric vehicles and low fuel taxes in many countries, including the US, means that the impact could be even greater.

“The carbon tax today could be even more efficient,” Andersson said. “There are many more substitutes available for switching from the most carbon-intensive sources to low-carbon alternatives.”

"Carbon Taxes and CO2 Emissions: Sweden as a Case Study" appears in the November issue of the American Economic Journal: Economic Policy.