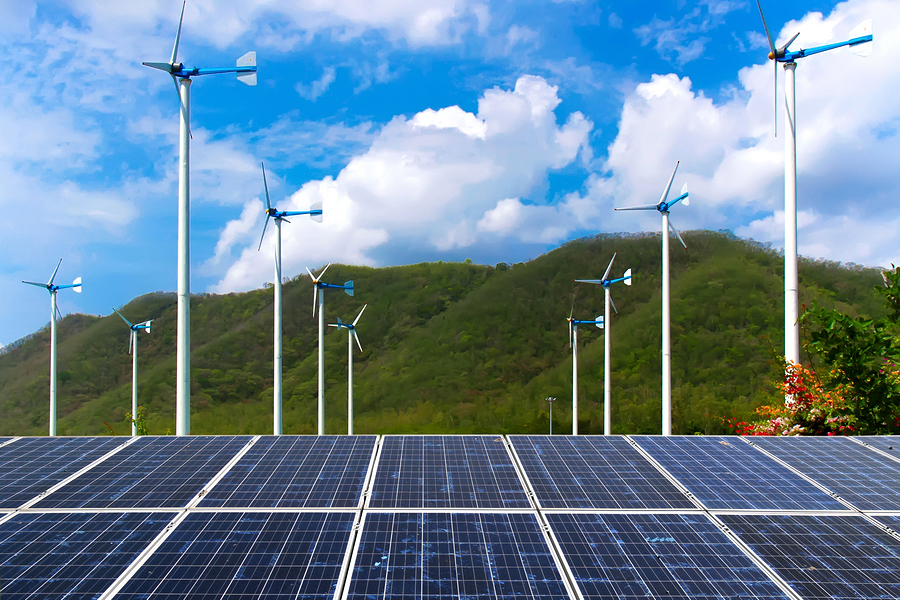 When accounting for innovation, the size of the carbon tax needed to reduce carbon emissions by 30 percent in 20 years decreases by 19.2 percent.

China’s recent announcement that it will create a carbon market comes as welcome news for environmentalists. It is also a good sign for clean-energy innovators: as the market puts a price on carbon, it should induce environmentally-friendly innovation and spur a new wave of technology.

Policymakers in the U.S. have also considered creating a carbon market, among other ways of reducing carbon emissions. These ways include subsidizing green innovation directly, regulating carbon emissions, and implementing a tax on carbon. All of these have been controversial and often seen as too costly to try.

However, the size of the carbon tax necessary to meet significant climate goals is smaller than previously thought. In a new paper in the American Economic Journal: Macroeconomics, author Stephie Fried models the effect of a carbon tax on the entire economy. She finds that, when accounting for innovation, the size of the carbon tax needed to reduce carbon emissions by 30 percent in 20 years decreases by 19.2 percent. This also implies that governments can allocate fewer permits in a cap-and-trade market to achieve the same permit price.

You can think about innovation as essentially magnifying the price incentives of a carbon tax and increasing the effectiveness of the policy.

Fried examines three types of innovation. The first is fossil innovation, which is any innovation relating to coal, oil, or natural gas. For example, new designs for oil rigs which allow for drilling at deeper ocean depths, ways to stabilize oils rigs to withstand storms, and robots that can enter coal mines all count as fossil innovation.

Fried models what happens when a shock (such as a carbon tax) increases the price of fossil energy. She calibrates her model using the unexpected jump in oil prices beginning in the early '70s, which stimulated green innovation. This is the closest historical example to the implementation of a carbon tax — a large sudden change in the price of fuel that was believed to be permanent. Of course, the calibration also takes account of other changes that took place in the 1970s, such as new environmental policies and a decline in the capacity of oil fields.

Looking to the past
Fried uses the early 1970s oil shock to calibrate her carbon tax model. The period of relative price stability leading up to the 1970s ended with a sudden and unexpected jump in oil prices, as shown below. Since then, there has not been a similar period of price stability, making the oil shock a unique historical example. Use the slider to zoom in and see the fluctuations in monthly oil prices over time. 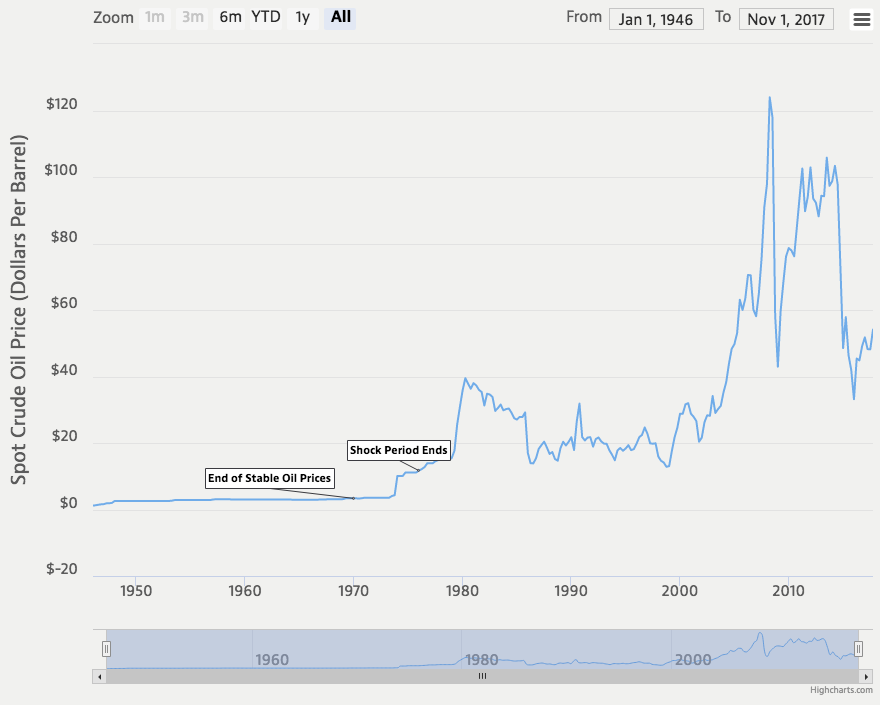 Fried then considers the size of a carbon tax needed to reduce carbon emissions by 30 percent within 20 years, a target similar to those discussed by the U.S. in the context of the Clean Power Plan. With innovation, the needed carbon tax is $24.5 (in 2013 dollars) per ton of carbon dioxide. This represents a 19.2 percent decrease in tax size relative to the required tax in a scenario without innovative responses. Moreover, this does not come at the expense of non-energy innovation; only fossil innovation declines.

With or without innovation, the carbon tax makes people prefer green energy. After all, it makes green energy relatively less expensive. But when including the possibility of innovation, this new demand incentivizes producers to invest more in green technology and reduce their investments in fossil fuel technology, leading to green innovation. This increase in green innovation then lowers the cost of producing green energy, which lowers the cost of buying green energy and ultimately leads more people to switch from fossil to green energy. As more people switch over, carbon emissions decline further. As Fried says, “You can think about innovation as essentially magnifying the price incentives of a carbon tax and increasing the effectiveness of the policy.”

However, the size of this magnification depends on the nature of the emissions target. For example, if policy makers want to reduce emissions very quickly, there might not be time for innovation to take place. In this case, policy makers will have to rely more on changes in the quantity of workers and machines and less on technological advances. Because Fried’s example uses a twenty-year timeline, there is enough time for innovation to happen and reduce the size of the carbon tax. This caveat does not mean that innovation is unlikely or particularly difficult to spur. It just indicates that policymakers must pay attention to the timeline of the target if they want to count on innovation reducing the size of the carbon tax.

These lessons can help the U.S. to transition to green energy, as other countries are beginning to do, while minimizing the tax, continuing to grow in non-energy sectors, and generating new technology. Implementing a carbon tax is more than a good deed for the planet; it’s a smart move toward greater innovation and a green economy.

"Climate Policy and Innovation: A Quantitative Macroeconomics Analysis" appears in the January issue of the American Economic Journal: Macroeconomics.

Saying no to energy savings

Economics is helping to explain the energy-efficiency gap.