Remote capitals may bring stability, but their governments can lose touch with the people. 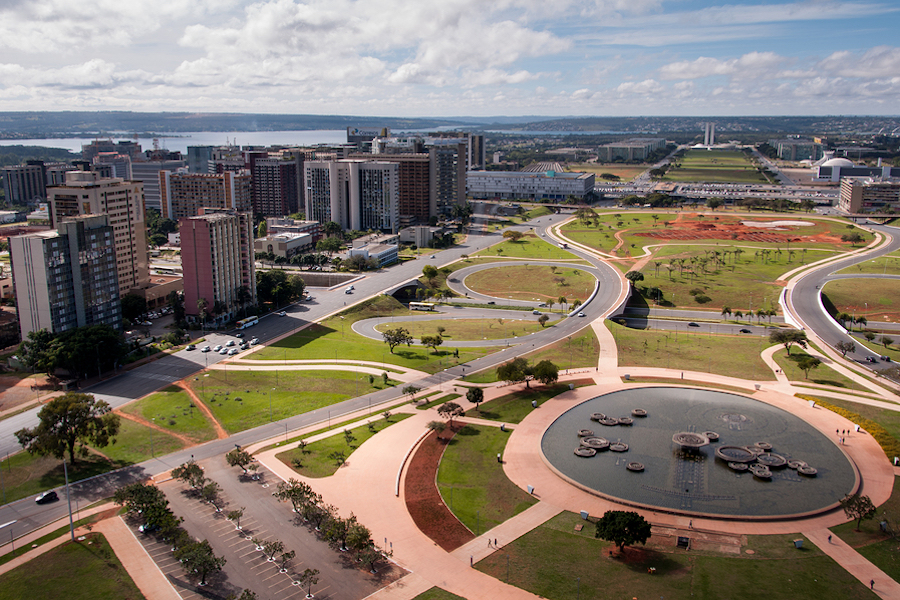 From 1763 until 1960, the capital of Brazil was in Rio de Janeiro, one of the country’s largest cities. Its new capital couldn't have been more different. The government completely removed itself to the remote interior of the country and built the city of Brasilia from scratch.

A couple decades later in Rio, Filipe Campante listened to his mother vent about shady politicians in the now far-away capital.

“I remember growing up and hearing my mom say stuff like these politicians can get away with doing these things because they’re all the way in Brasilia,” said Campante, now a professor at Johns Hopkins, in an interview with the AEA. “If they were here, people would be accosting them on the streets.”

His mother’s intuition was spot on. Campante and co-authors Quoc-Anh Do and Bernardo Guimaraes found a deep connection between the quality of government and its distance from the people. Their paper appears in the July issue of the American Economic Journal: Applied Economics.

The researchers found that isolated capitals were more likely to be corrupt and unaccountable. However, they weren’t associated with more instability—a key indicator for good governance.

In places where you have a more isolated capital, people should be aware that the risks for corruption are greater.

In previous research, the authors highlighted the connection between remote US state capitals and misgovernance. In that case, media coverage on state politics and ballot boxes helped rein in politicians when capitals were located in larger cities.

In their new paper, they turned to developing countries with less established democratic institutions. In these countries, like Brazil, insurrections are sometimes the only real check on political elites.

History abounds with governments threatened by popular protests and leaders trying to get away from them. Since World War I, seventeen capital cities have been permanently relocated—a move every six years on average. Even long before World War I, Louis XIV of France moved his seat of power out of riotous Paris and into tranquil Versailles, hoping to help consolidate his absolute monarchy.

What’s more, uprooting a capital isn’t the only option for elites. Other policies can control the distance between the government and the governed. The Soviet Union exiled dissidents to Siberia, and China has restricted internal migration to disperse political agitation. 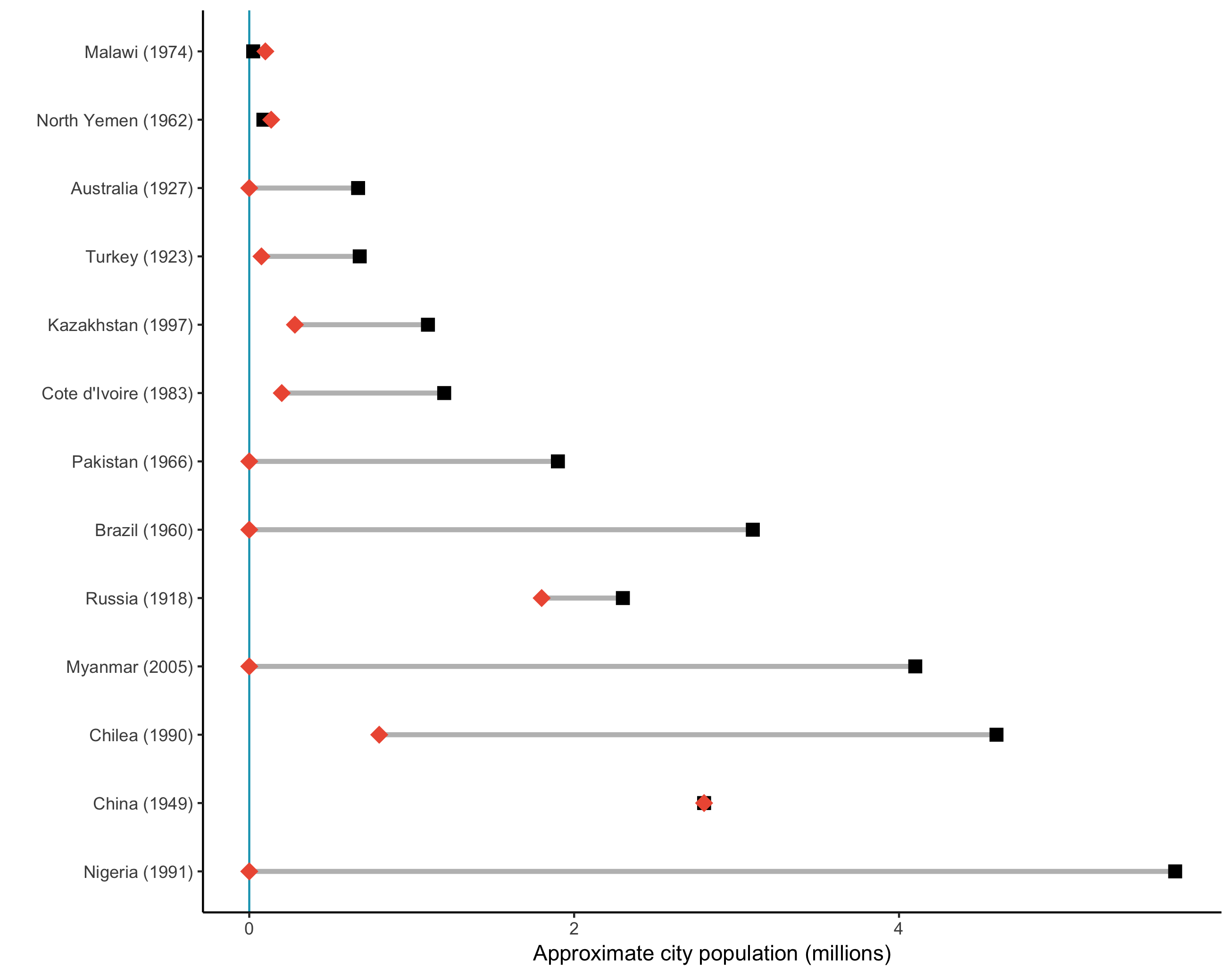 To bear out the many historical anecdotes, the authors analyzed an extensive geo-located dataset on civil conflicts and populations. Areas closer to capital cities were more correlated with civil conflict. And conflicts near the capital were more likely to overthrow incumbent regimes.

Along with isolation came misgovernance. Remote capitals scored poorly along almost every dimension of the World Governance Indicators.

So the threat of popular violence appeared to help keep crooked politicians in line. But there was a price. Capitals close to the population may sometimes come with more political disruptions—complicating overall judgements about moving capitals or people away from each other.

The tradeoff between more accountability on the one hand and stability on the other could go either way, according to Campante. Corruption is obviously bad, but moving a capital could be essential for building political institutions.

“Was it good or was it bad that the capital was moved to this more isolated location [Brasilia]? . . . Growing up, I would have said it was bad,” Campante said. “But now I think that this may have contributed to more political stability and that is good.”

The patterns uncovered by the authors should be a warning to countries thinking of moving their governments. Indonesia, Egypt, and Argentina have all recently considered a new site for their capitals, ostensibly to fix congestion problems or revitalize the countryside. But they should weigh the downsides, too.

“In places where you have a more isolated capital, people should be aware that the risks for corruption are greater,” Campante said.