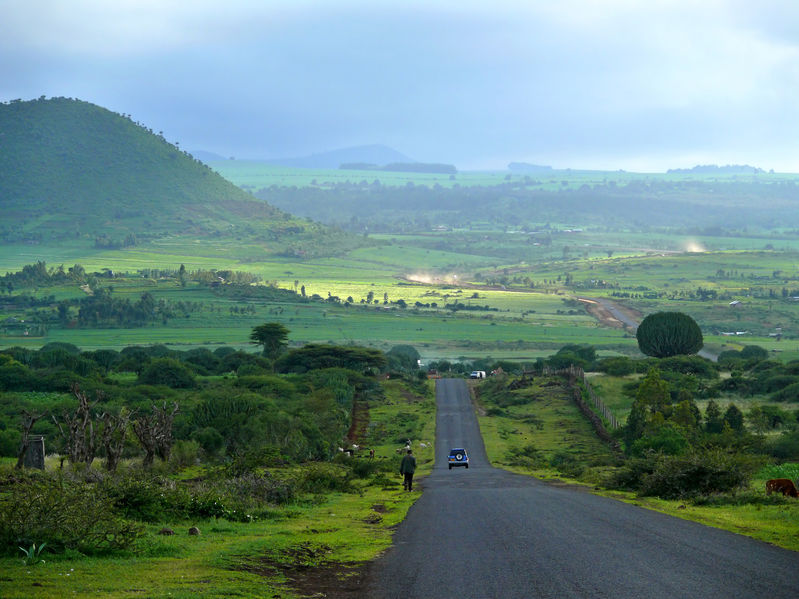 After a decade and a half of strong economic growth, there is cautious optimism about the spread of democracy in Africa, yet challenges remain. Ethnic favoritism, in particular, has long been considered a scourge. On a continent where national borders were often arbitrarily drawn by colonial powers, many countries today contain several distinct ethnic groups with conflicting priorities. Favoritism by government officials toward one group can slow development and lead to infighting, but actual evidence of such ethnic favoritism has been largely anecdotal given the relative lack of high-quality governmental data sources in the region. An article appearing in the June issue of the American Economic Review assembles data on road expenditures across Kenya to measure ethnic favoritism over time and to compare the degree of favoritism under democratic and autocratic regimes.

In The Value of Democracy: Evidence from Road Building in Kenya (PDF), authors Robin Burgess, Remi Jedwab, Edward Miguel, Ameet Morjaria, and Gerard Padró i Miquelassemble a new dataset on road spending and construction using government records and historic Michelin roadmaps that were originally created for travelers in the region. From these sources, the authors track spending and paved road construction each year from 1963 to 2011 in administrative districts across Kenya. Because these districts vary widely in their ethnic makeup, this data could provide the damning evidence that government resources are being steered toward particular ethnic groups.

Though many of Africa’s ills have been blamed on ethnic favoritism, it has been surprisingly difficult to find concrete evidence of this behavior, mostly due to lack of data.

The authors argue that Kenya is an especially good place to look for evidence of a link between democracy and ethnic favoritism because of its complicated post-colonial history. Kenya, originally under democratic rule after independence was declared in 1963, became an autocratic state in 1970 but transitioned back to democracy in 1992. During this same period, the presidency changed hands multiple times between two major ethnic groups in Kenya, the Kalenjin and Kikuyu. Tracking these power shifts allows the authors to compare road spending patterns over time to identify ethnic biases in road building, and to see if those biases are more pronounced in autocratic versus democratic periods, even under the same president.

The study poses two main questions: are districts that are majority Kalenjin and Kikuyu treated differently when a coethnic president is in power, and does it matter whether the government is democratic at the time? The results are striking. During autocratic periods, districts that share the ethnicity of the president receive about three times the road expenditure and five times the length of new paved roads. This apparent favoritism disappears during periods of democracy. The figure below shows that disproportionate road spending in coethnic districts spikes during the autocratic era.

Disproportionate road spending in coethnic districts
Spending in districts where the majority had ethnic ties to the president spiked during the autocratic period that lasted from 1969 to 1992 (shaded in red).
Source: Adapted from Figure 4 of Burgess et al (2015)

Despite these results, there is some concern that the development of the road network, first into Kikuyu areas near Nairobi during the 1970s and then outward into Kalenjin territory during the 1980s, might have been economically justifiable and not actually the result of unfair spending. If the districts most in need of development happened to share ethnicity with the president at just the right time, ethnic favoritism may not be the right explanation. However, additional analysis confirms that this pattern is unlikely to be a coincidence. Most tellingly, there was a sudden increase in road building in Kalenjin-dominated districts right when ethnic Kalenjin Daniel arap Moi came to power in 1978.

What is it about democratic rule that seems to combat ethnic favoritism? The authors note that Kenyan newspapers reported on roads and road-building much more frequently after the 1992 transition back to democracy, and that the Kenyan parliament gained important new powers around the same time. Stronger institutions like these can help provide a check on executive power.

This evidence comes from one country in one particular time period, but it joins a growing literature on ethnic favoritism, including studies about health and education outcomes for members of minority ethnicities in Kenya, and broader studies of the link between democracy and economic development. Even imperfect forms of democracy appear to reduce or remove the worse excesses of ethnic favoritism. This, in turn, helps us to understand why Africa’s economic performance has improved so dramatically since democratization returned to the continent from the 1990s onwards. ♦

"The Value of Democracy: Evidence from Road Building in Kenya" appears in the June 2015 issue of the American Economic Review.