How will Britain’s departure from the EU affect foreign investment? 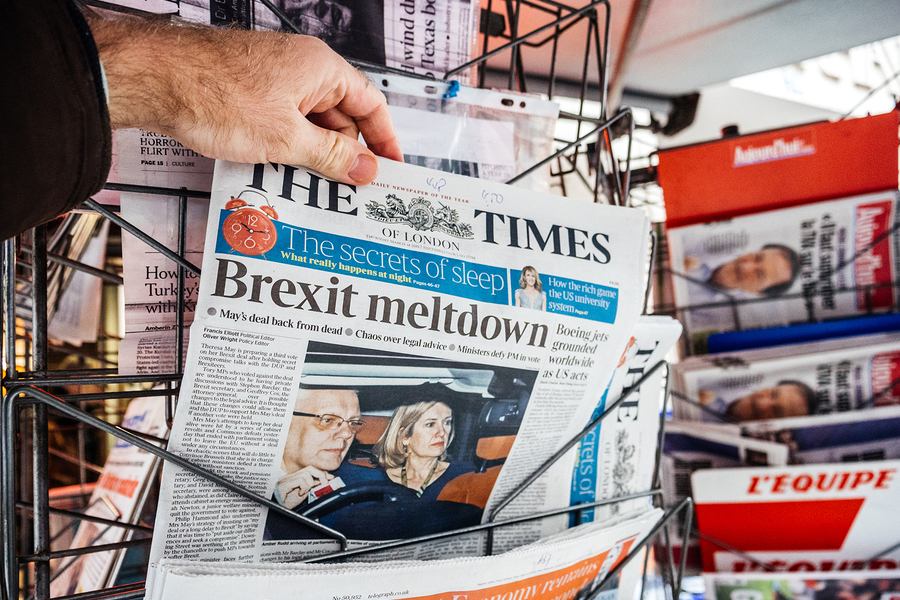 Britain has finally left the European Union. What comes next for both economies is far from certain.

Most studies trying to predict the consequences have focused on trade.

But they are missing the essential role that multinational companies play in global markets, according to economist Ellen McGrattan.

To help remedy that oversight, her paper in the January issue of the American Economic Journal: Macroeconomics looks at how much damage Brexit could do to foreign investment flows in Europe, in addition to trade.

McGrattan and her co-author Andrea Waddle found that post-Brexit restrictions on investments from foreign companies—so-called foreign direct investment (FDI)—would be even worse for consumers than barriers to trade.

One of the most important things that open markets give you is freedom of knowledge.

British Prime Minister Boris Johnson alluded to the issue in late 2019 when he said, “We have record foreign direct investment of £1.3 trillion—more than any other country in the EU.”

While certainly true, that headline number illustrates the scale of the potential problem. If investors were to abruptly pull their money out of the country, Britain could have an enormous investment shortfall.

And that isn’t the only risk. Britain could be closing itself off from cutting-edge technology and industry-leading know-how.

The world economy is more connected than ever thanks to multinational companies with supply chains spread across different countries. The world-class car manufacturer BMW, for instance, makes and sells cars in Britain but is headquartered in Germany.

BMW’s investments have brought tangible structures and equipment that directly benefit the British economy. But the company has also brought with it intangible capital like organizational approaches, R&D experience, and its reputation.

“One of the most important things that open markets give you is freedom of knowledge,” McGrattan told the AEA.

In previous research, McGrattan noticed that standard economic datasets do not include these intangible assets. As a result, economists often underestimate changes in economic outcomes.

McGrattan and Waddle took that insight and built a model of trade and FDI between Britain, the EU, and other regions in order to determine the effect that several Brexit scenarios might have on global trading partners.

They found that raising trade barriers encouraged consumers to buy domestically, and it pushes some companies to actually do more foreign investing. Like previous research, restrictions on trade still tended to hurt both UK and EU consumers, according to their model.

However, this result was amplified considerably if barriers to FDI were raised. Essentially, resisting investment flows stymied the spread of knowledge and discouraged intangible innovation at multinational companies.

Investment patterns after Brexit
The chart below shows the timing of FDI flows between the UK and the EU. EU investments in the UK initially rise after the 2016 referendum, then approach 1 percent of the UK's GNP—after a significant drop. UK investments in the continent drop to nearly zero, and eventually recover, but not nearly to their pre-Brexit levels. 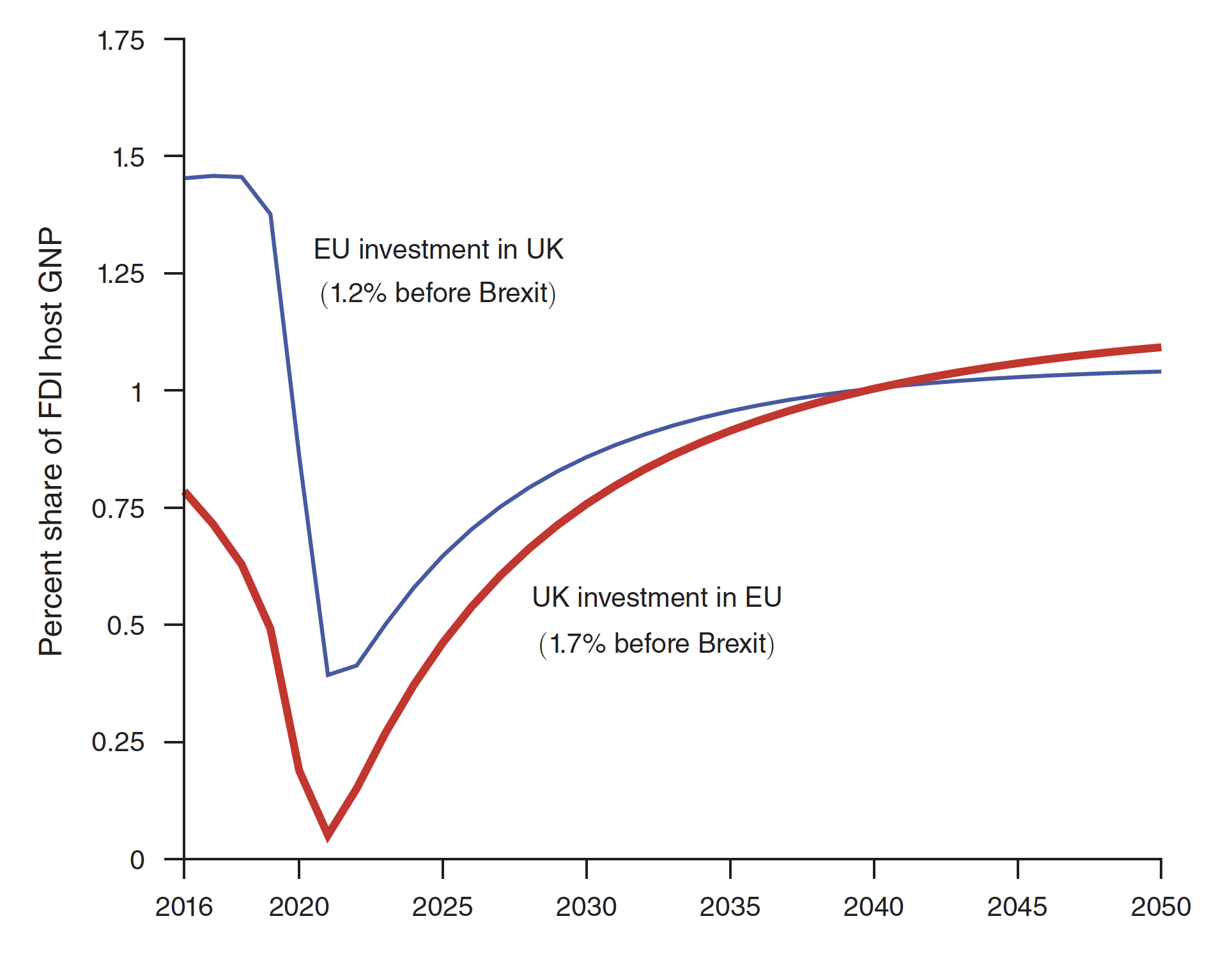 Large companies have accumulated stockpiles of experience and goodwill over a long time in business. If they bring that with them by opening subsidiaries, then other countries can benefit.

In some cases, domestic markets just aren’t big enough. If businesses like global financial firm PricewaterhouseCoopers can’t profit off of sales in large foreign markets, it can become too expensive to maintain big upfront investments in R&D and branding.

On the whole, Britain benefits from opening itself to new ideas and knowledge that foreign companies have already figured out by making the investments.

There are signs that European companies are already looking to pull investments out of the UK. But Britain still has a choice to remain open after Brexit.

If policymakers can’t work out an agreement with the EU over FDI, they may want to turn elsewhere.

“The UK could make better deals with the US, Japan, and other countries,” McGrattan said. “If they did that, they could gain overall from Brexit.”

“The Impact of Brexit on Foreign Investment and Production” appears in the January issue of the American Economic Journal: Macroeconomics.

Leaving the EU will cost the UK.