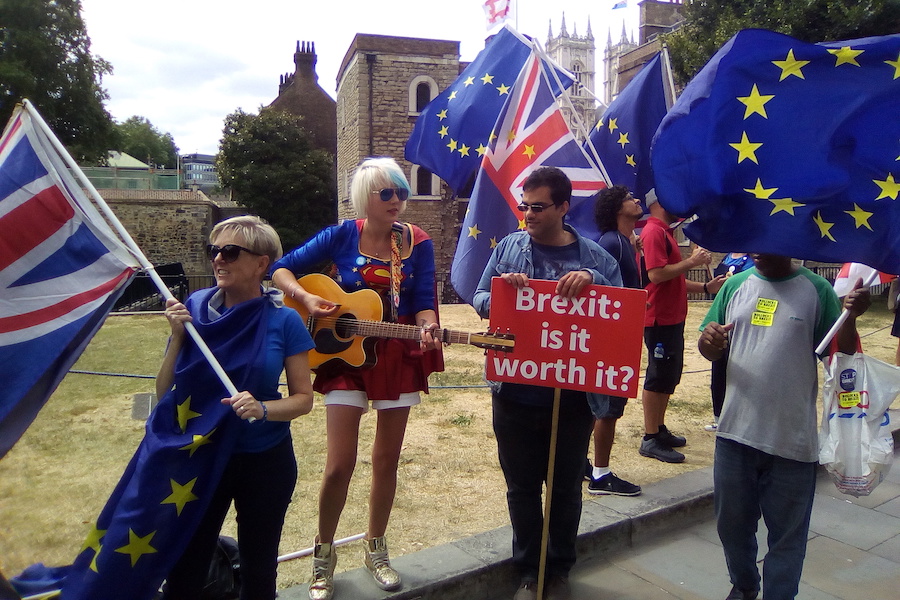 The United States and Great Britain have been champions of free trade for over half a century. But now, with the election of Donald Trump and the British referendum to leave the European Union, both countries are taking the first steps to undoing years of integration with trading partners.

How this U-turn might play out for car buyers and the auto industry around the world is the focus of a paper in the September issue of The American Economic Review.

Authors Keith Head and Thierry Mayer found that there may be some winners from trade wars, but most people come out worse.

“Tariffs are pretty blunt instruments that are likely to end up doing more damage than you would first anticipate and in ways you didn't anticipate,” Head said in an interview with the AEA.

The researchers considered several trade-war escalations. In North America, the most extreme possibility they analyzed was an end to NAFTA plus the US, Canada, and Mexico raising 25 percent tariffs on each other.

Such a policy would be a disaster for Canada’s and Mexico’s auto industry. Canada stands to lose two-thirds of its car industry—or roughly two medium-sized plants producing 250,000 cars per year—an event the authors said would devastate the southern Ontario economy.

The outcome for Mexican manufacturers wouldn’t be much better. They could expect car production to fall by 40 percent.

The consumers will lose for sure. Car buyers stand to pay higher prices for cars.

These estimates were much larger than previous studies found. This is partly because ending NAFTA is an extreme policy, but it’s also because the authors included essential features of today’s trading arrangements, like product standards and visa agreements, that help grease the wheels of trade between countries.

Each step of designing, making, and marketing a car is now spread across multiple countries. A Chevy purchased in Kansas might have been assembled in Ontario and have an engine built in Mexico. This means that multinational companies have an incentive to reorganize their supply chains when tariffs go up or a regional trade agreement falls apart.

“It's not just the higher tariffs but the destruction of the networks through which cars are built,” Head said.

Changing suppliers and relocating offices means that trade wars can have complicated, asymmetrical effects. For instance, US production would only drop by a percent if they pulled out of NAFTA, because companies like GM can move production from Canada to the US. But Canada doesn’t have a multinational car company that could repatriate production.

What’s more, the disruptions wouldn't be limited to NAFTA members. Japan, South Korea, and Germany could also see changes to their car industry from trade disputes in North America.

While the impact on automakers and countries would be quite varied, the consequences for car buyers would be largely uniform.

“The consumers will lose for sure,” Head said. “Car buyers stand to pay higher prices for cars.”

And on top of higher prices, consumers would have fewer choices.

Trade wars are complicated
The chart below shows what would happen to car production in several countries if North America and Europe were engulfed in trade wars. Under a soft Brexit, deep integration measures, such as product standards, between the UK and EU are rescinded but tariffs stay at zero. 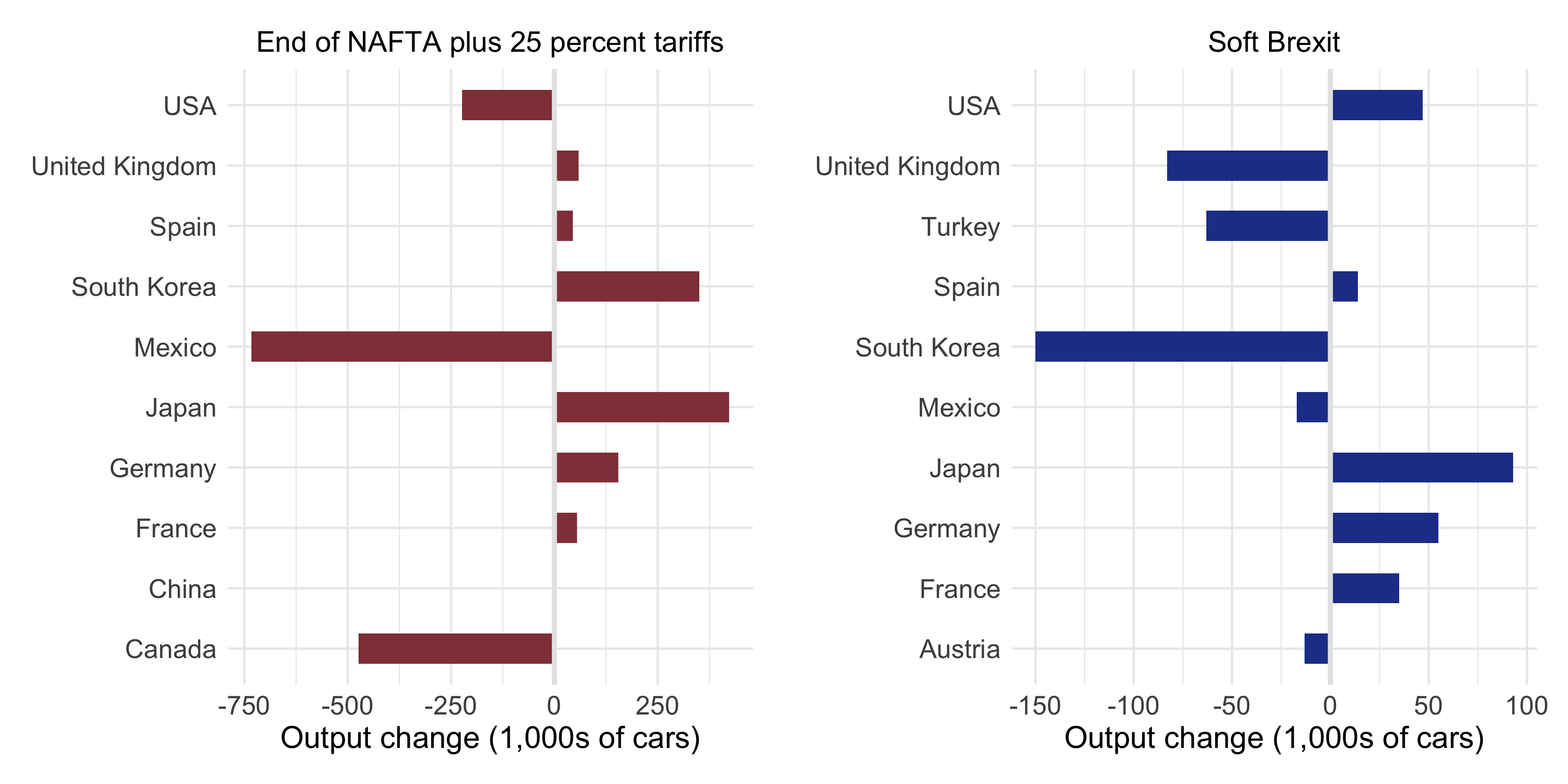 Across the Atlantic, Brexit would have similar, but smaller, effects. Companies like Ford and Nissan would likely switch production to their Spanish factories to serve EU markets tariff-free. And British car sales in Europe would drop by about 260,000 under a so-called “hard” exit, which would at least be tempered by increased production for local markets.

Overall, Britain would find itself making about 75,000 fewer cars, the equivalent of losing a factory that employs 3,000 workers. And under either a “hard” or “soft” departure, British car buyers would pay more.

On the continent, however, car production could go up or down depending on the terms negotiated between Britain and the EU and the specifics of each country’s auto sector.

The car industry is just one sector of the economy, but the overarching message to policymakers from the authors was clear.

“International production networks are complicated. They've been put together over long periods of time,” Head said. “You need to understand it better and be a little more hesitant before you start disrupting it and start destroying it.”

“Brands in Motion: How Frictions Shape Multinational Production” appears in the September issue of The American Economic Review.

How can differences in export costs explain cross-country income inequality?