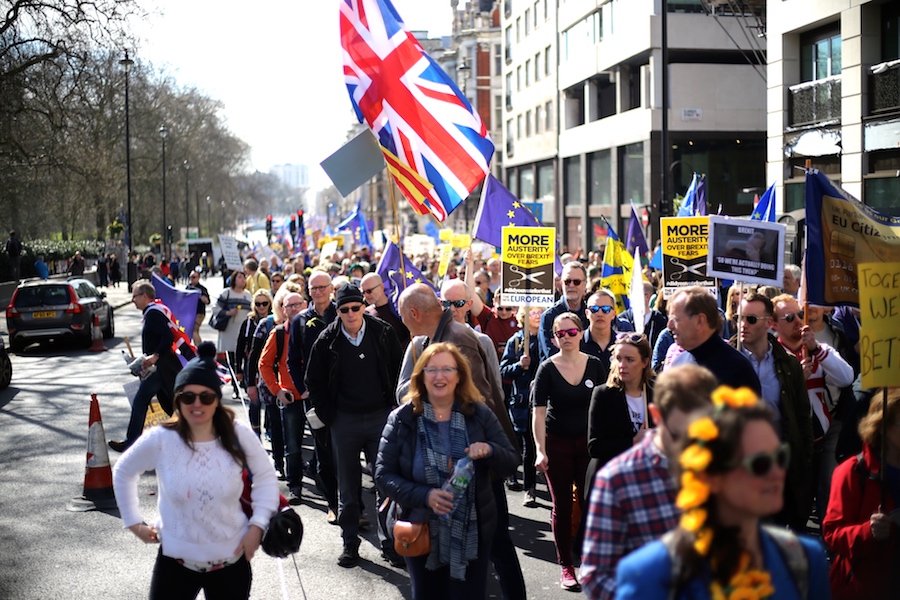 Even in the best case, Brexit will create costly new barriers to UK-EU trade.

By Ilovetheeu (Own work) [CC BY-SA 4.0 (https://creativecommons.org/licenses/by-sa/4.0)], via Wikimedia Commons

In under two years, the United Kingdom will no longer be a part of the European Union. No one knows exactly what their economic relationship will look like, but one thing is clear: Brexit will leave the United Kingdom poorer than it otherwise would have been.

In fact, Brexit has already begun to harm the UK. Sterling has been depreciating since the June 2016 referendum, contributing to a rise in inflation and slowing of output growth. Still, economists agree that the worst is yet to come.

Estimates of the full cost of Brexit — ranging from one to ten percent of the UK per capita income — depend on how the UK leaves. In a new paper in the fall issue of the Journal of Economic Perspectives, author Thomas Sampson surveys these possibilities and what they mean for the UK.

The UK can minimize its losses by joining the European Economic Area, which would allow them to stay in the EU’s Single Market. In this case, they would still have to contribute to the EU budget, adopt certain EU legislation, and commit to the free movement of goods, services, capital, and labor within the EU. Otherwise, they can negotiate a new free trade agreement with the EU, or they can trade on World Trade Organization terms. The latter option would increase UK-EU trade barriers the most, which would significantly increase the cost of trading with the EU.

The UK will experience the most severe losses, but Brexit will harm other EU countries as well (see the figure below). Each bar represents the percentage change in income per capita that would have the same welfare effect as Brexit. The red bars represent the Single Market scenario, and the blue bars represent the WTO scenario. 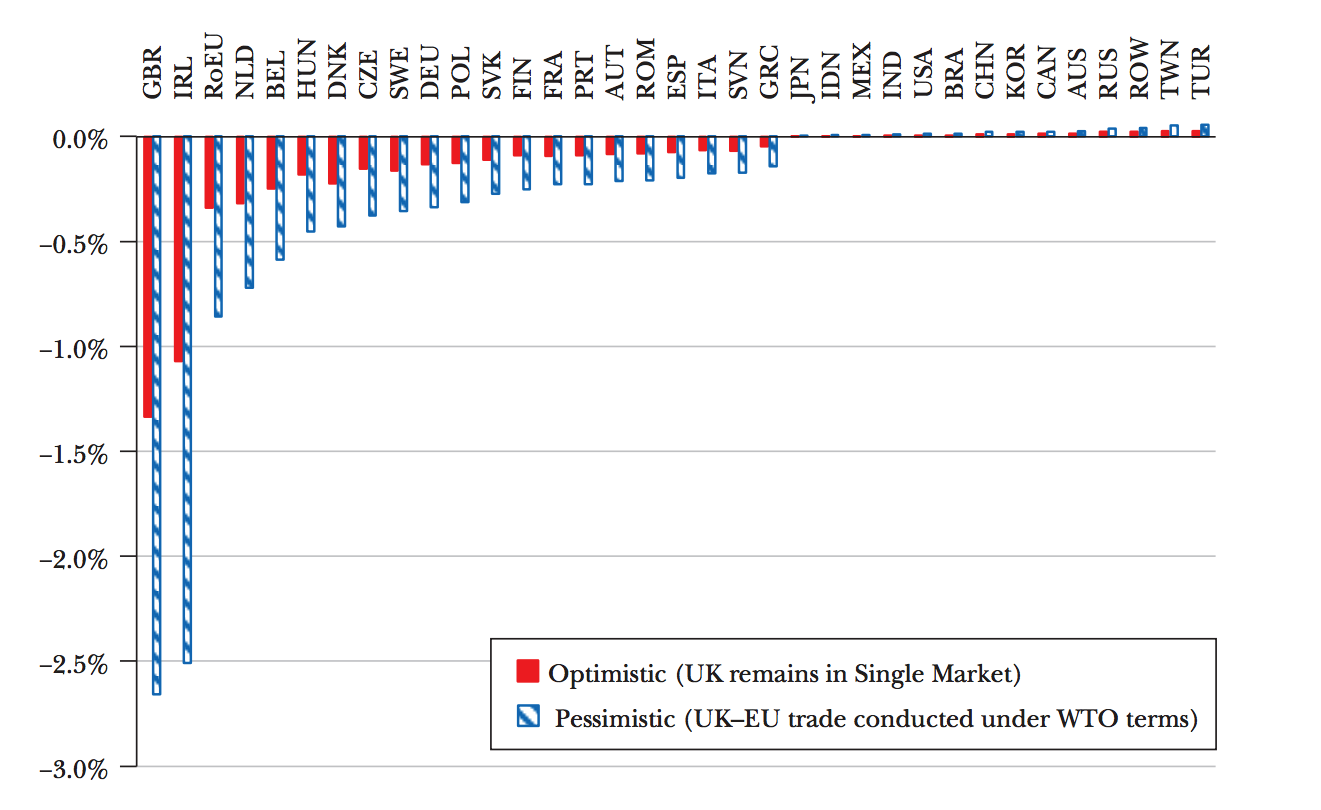 Note: The labels on the x-axis are World Bank country codes. RoEU = Rest of EU; ROW = Rest of World.

Of course, if people voted for the “Leave” campaign in order to oppose political and economic integration, then the cost of Brexit was perhaps less important to those voters than its message. However, if voters hoped that Brexit would be in their economic interests, then their discontent will continue and likely worsen.

No matter what the rationale, Brexit is certain to make UK-EU trade and migration more costly, and the UK will bear the worst of its economic consequences.

Brexit: The Economics of International Disintegration

On June 23, 2016, the United Kingdom held a referendum on its membership in the European Union. Although most of Britain's establishment backed remain...