Can an advertising campaign act as a kind of corporate insurance in a disaster? 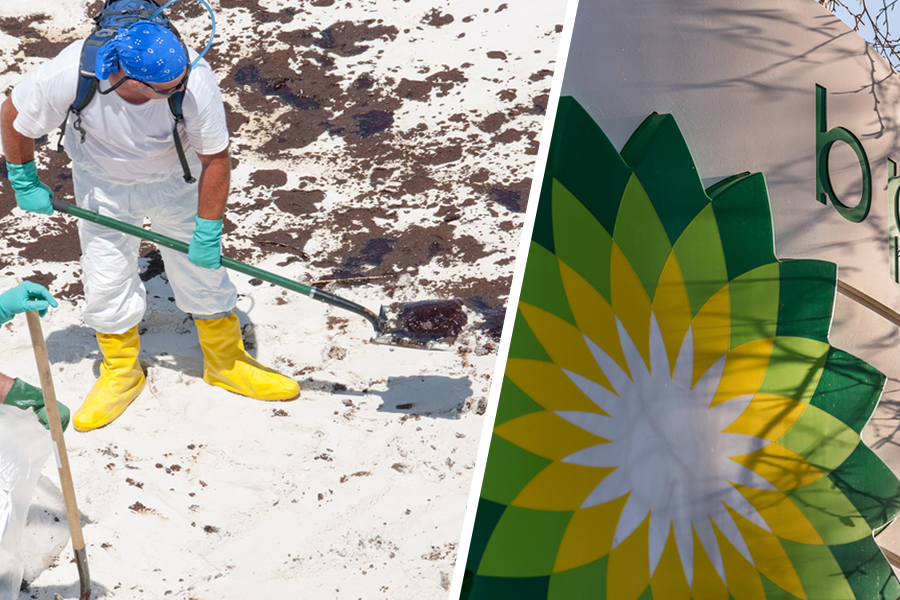 The "Beyond Petroleum" campaign helped BP avoid steeper consumer backlash after the Deepwater Horizon disaster in 2010.

In the early 2000s, British Petroleum challenged everyone to think “beyond.”

“Beyond Darkness, there is light,” a baritone voice intoned grandly in one televised advertisement. It continued that way—“beyond fear, there is courage,” “beyond power, responsibility"—until its conclusion. The final shot left viewers with BP’s new logo, a green and yellow Helios, floating above the ultimate point: “Beyond Petroleum.”

The award-winning ad campaign ran for eight years and provided a stark contrast to the popular perception of oil companies. Indeed, it was an industry known more for ruthlessly pulling resources out of the ground in search of profit at any cost, environmental or otherwise.

The messaging worked, engendering so much good will among consumers that it even buffered the company’s reputation amid one of the greatest environmental disasters in US history.

In the February issue of the American Economic Journal: Economic Policy, researchers Lint Barrage, Eric Chyn, and Justine Hastings examine how the “Beyond Petroleum” campaign shaped consumer response to the 2010 BP oil spill.

They found that the consumer backlash to the disaster was significantly less in markets that were more exposed to the advertisements.

“There was evidence of a protective effect,” Chyn said in an interview with the AEA. “In places where BP had done more advertising, those areas had less severe negative impacts from the oil spill.”

The research offers insights suggesting that firms may have incentives to use advertising as a kind of corporate insurance.

There was evidence of a protective effect.

The “Beyond Petroleum” campaign ran for eight years, highlighting the oil company BP as an environmentally conscious brand. The new logo, with its warm verdant tones, suggested BP was more of a solar company than a global driller of crude. In fact, when the campaign concluded in 2008, a third of people surveyed believed BP was a “green” brand.

Two years later, disaster struck. On April 20, 2010, an oil well blowout sunk the Deepwater Horizon rig in the Gulf of Mexico. It took BP engineers three months to contain the leak. The disaster dumped an estimated 206 million gallons of oil into the water, laying waste to wildlife all along the Louisiana and Florida coasts.

Executives were hauled before Congress and environmentalists took to the streets to decry the company’s apparent hypocrisy. The company lost billions from both the costs to clean up the environmental damage and restore its reputation.

The authors used detailed station-level data that included sales volume (from customers with “Fleet fuel cards”) and retail gasoline prices. They compared sales at BP stations to a group of stations in zip codes without any BP stations. Then, to measure the impact of the ad campaign, they compared sales in markets that had experienced different numbers of local elections in the recent past.

Why elections? There are a lot of factors that might influence someone’s perception of BP that have nothing to do with an ad campaign. But looking at the number of elections offered a potential way to separate out the impact of the ads. During elections, political advertising crowds out other forms of television commercials, including BP’s “Beyond Petroleum” spots. Plus, the timing of elections is set by law, having nothing to do with other factors—political or otherwise—that might warp consumer attitudes about environmentalism, the oil industry, or the BP brand.

Reputational damage
BP’s “Beyond Petroleum” campaign protected the company from a more severe consumer backlash following the Deepwater Horizon disaster in areas that received more advertising. The chart below shows the estimated impacts over time on the company’s station market share in zip codes where there was more (above median) or less (below median) spending on advertising. The vertical line indicates when the oil spill occurred in April 2010.

The first two months after the spill, BP stations had steep losses. Prices in May 2010 declined 2.9 cents per gallon compared to other stations, and Fleet sales in June dropped 7.5 percent. Extrapolating from typical retail markups, the authors estimate that the largest monthly loss represents an 18 percent decline in retail margins.

The losses were significantly lower in those areas with more exposure to BP’s green advertising, which buffered the negative impact of the oil spill. The campaign acted as a kind of insurance by mitigating the downside of the environmental disaster on BP gasoline demand.

“Our results speak in the broadest sense for the potential for persuasive advertising,” Chyn said. “There’s evidence that advertising affects firms’ reputations and convinces consumers that negative events are accidental or bad luck.”

If advertising acts as a kind of insurance for companies, then there may not be much incentive for them to invest in actual green product quality. But there are several options for policymakers who want to encourage companies to deliver on green promises.

In general, “truth in advertising” laws and third-party evaluations could discourage companies from outright false claims in their ads. That said, these policies might be difficult to apply, especially in markets for environmental goods and services. For example, companies could use nature-based images, symbols or sounds in advertising to promote an association with environmental friendliness without stating it explicitly. Prior research suggests that this kind of “executional greenwashing” is tougher to regulate than “claim greenwashing,” which is based on explicit claims.

Alternatively, price-based policies such as larger fines, penalties, and pollution taxes could dissuade firms from greenwashing and encourage them to back up claims with real investments in environmental sustainability.

“Taxes or fines can be regulated or administered through the judicial system in ways that are very specific and in ways that can guard against these cases that would otherwise slip through the cracks,” Chyn said.

“Advertising and Environmental Stewardship: Evidence from the BP Oil Spill” appears in the February issue of the American Economic Journal: Economic Policy.

Sometimes foundations should invest in the unethical companies they’re trying to undercut.