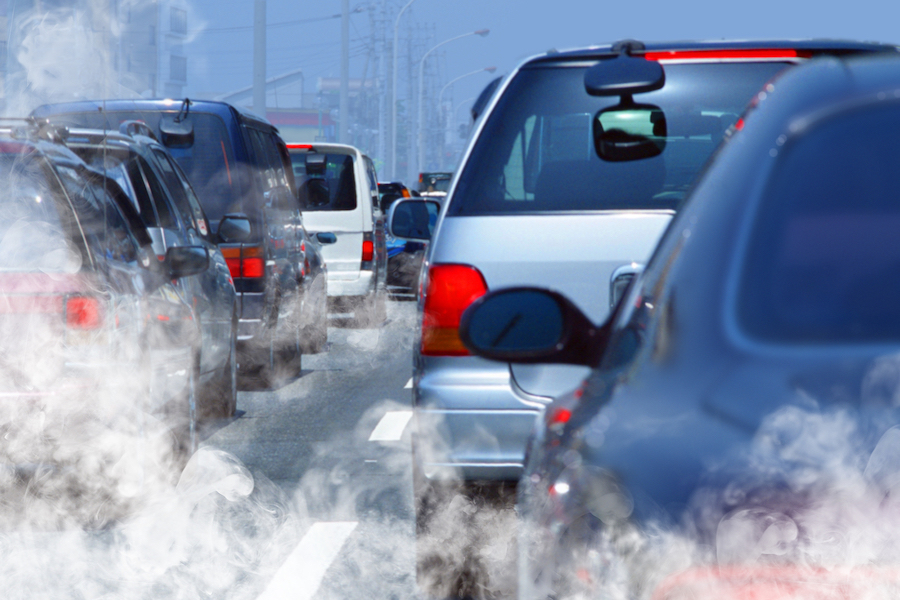 Electric cars are sometimes touted as “zero emission vehicles.” It’s a label popular with marketers and even some government regulators that are trying to clean up city airsheds and reduce smog.

The only problem is that electric cars generate plenty of emissions – just not where they’re driving around. When an electric car is charging overnight, it is drawing on a regional power grid and prompting power plants across the network to produce slightly more electricity. Depending on where in the U.S. that car is plugged in, the emissions at those power plants could be pretty dirty in their own right.

A study appearing in this month’s issue of the American Economic Review by Stephen Holland, Erin Mansur, Nicholas Muller, and Andrew Yates studies the way that electric cars export pollution from local roadways to far-off power plants. Using a model that indicates how emissions at Point A translate to air pollutants at Point B based on factors like atmospheric chemistry and wind patterns, they trace out the ill effects of both gas-powered cars and electric cars operating in different parts of the country.

These models are necessarily inexact, and it’s impossible to pinpoint where a car’s electricity is coming from at any one moment. The authors devise an economic model to predict how a small increase in electricity demand will translate into added power production across the regional grid.

The model allows the authors to put a dollar figure on the damages from emissions like NOx, SO2, and volatile organic compounds that come from both vehicle tailpipes and power plant smokestacks. When a Ford F-150 drives down the street in Nashville, Tennessee, how is air quality affected in Charlotte? When a Nissan Leaf charges up in Chicago, what happens to ozone levels in downtown Indianapolis?

How neighborly is your city's electric car fleet?
Replacing a gas-powered car with an electric model takes a lot of emissions out of the air in the local area over the car's lifetime, and adds some emissions at power plants far away. In some cases, a single electric car can do hundreds of dollars of environmental damage to a distant county over its lifetime by increasing pollutants like NOx, SO2, and particulate matter. Click on each city to see the county-level environmental benefits (and costs) of choosing an electric Ford Focus over a conventional one and driving it for 150k miles. 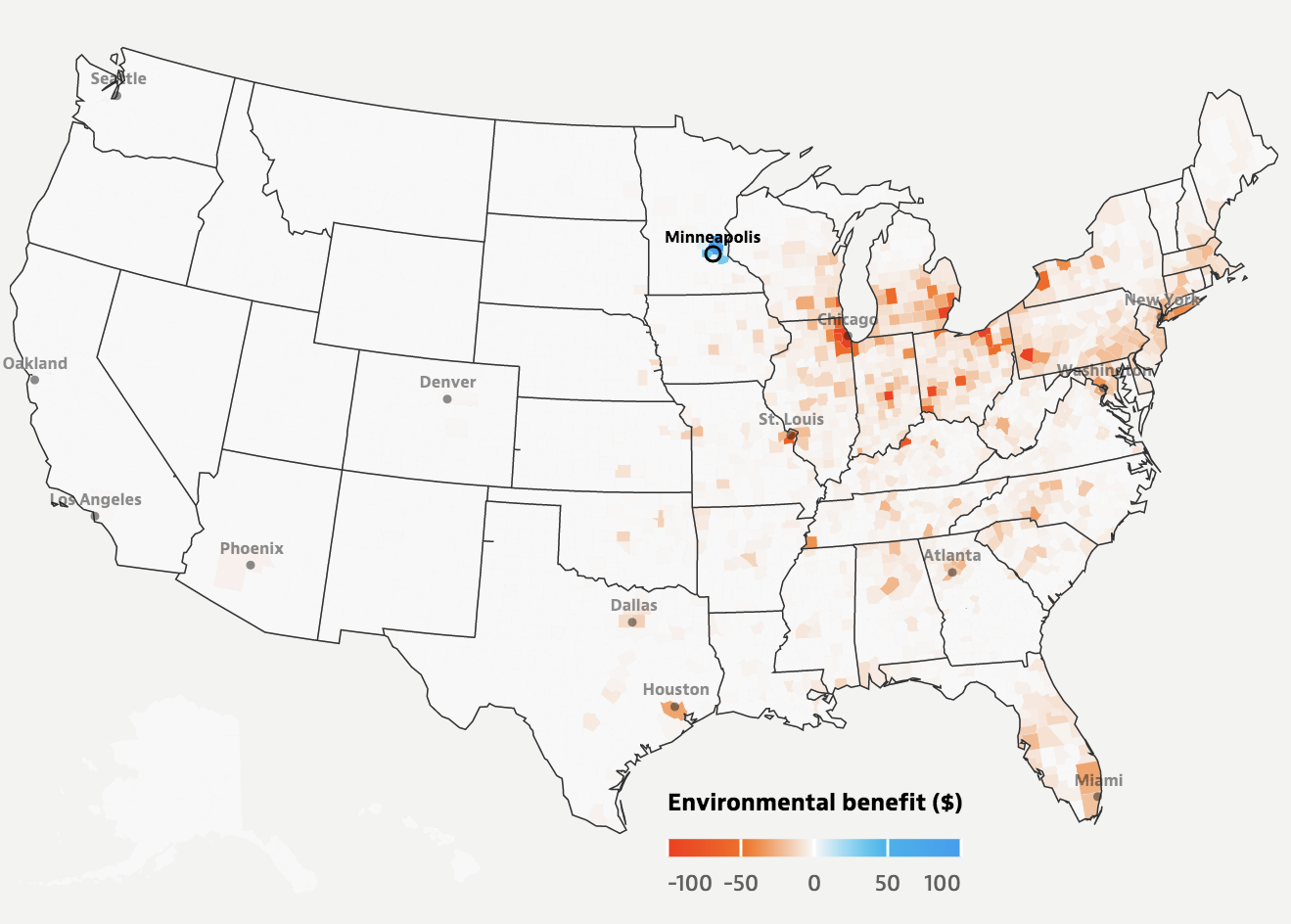 The authors find that 91% of the pollution-related damages produced by the average electric car are exported out of state, as compared with only 19% of the damages from gas-powered cars. The damages range from extra cases of asthma and respiratory disease to crop degradation and reduced recreational activities (not to mention the global damages from increasing greenhouse gas emissions).

Pollution export is not a new concept, but this partially explains the appeal of electric-friendly policies at the state level. To state regulators, who have to worry about things like the NAAQS (an air quality standard imposed by the federal government via the Clean Air Act), pollution exported out of state is pollution they don’t need to worry as much about.

In some cases, electric cars provide a clear win for the environment. The people living in Los Angeles, with its notoriously poor air quality and constricted topography, benefit a lot when a gas-powered car is removed from its freeways. Of course the electric car replacing it has its own emissions, but most electricity generation in the western U.S. is pretty clean. Totaled up across the country, the benefits clearly outweigh the costs.

Then there’s the case of New York City. When more electric cars plug into the power grid there, they are mostly drawing power from relatively dirty coal-fired plants in Pennsylvania – and a lot of the smoke that billows out of those smokestacks eventually gets blown east back to the New York metro area.

That cycle plays out over hundreds of miles and is quite a bit less visceral than exhaust coming out of a tailpipe, but the ultimate effect on air quality is about the same for the New York area as a whole. Some suburban counties on Long Island and Connecticut are actually worse off with the extra power plant emissions than the local tailpipe emissions.

The authors run the numbers and find that, in many places, electric cars do more total environmental damage than conventional cars driven an equivalent number of miles, undermining the economic case for electric vehicle subsidies.

Among the worst places to switch are North Dakota and Minnesota, where air quality is very good to begin with and additional exhaust from gas-powered cars dissipates quickly. The authors calculate that these regions should have a negative subsidy – actually a tax – of thousands of dollars on each electric car. Meanwhile, switching in western cities with bad air quality and a relatively clean power mix (Los Angeles, Houston, Phoenix) ends up being hugely beneficial for the environment.

The authors emphasize that none of this is immutable. This calculation is poised to change in coming years as the power mix slowly changes and cleaner electricity generation comes online. But for now, with fossil-fueled electricity still predominant in much of the country, the hard-to-see environmental costs of electric cars can sometimes outweigh the very obvious benefits.

Are There Environmental Benefits from Driving Electric Vehicles? The Importance of Local Factors appears in the December 2016 issue of the American Economic Review.