Do monetary themed questions on standardized tests have a negative impact on students of low socioeconomic status? 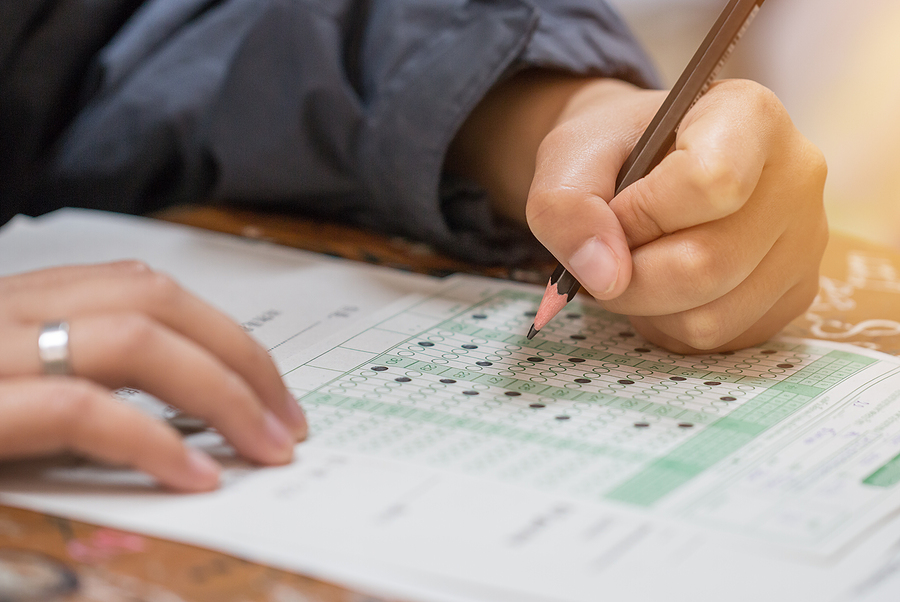 Standardized testing has become an essential part of American public education, with the average student having taken an estimated 112 exams by the time they graduate from high school.

The stakes for students are high. Their test performances can determine everything from enrollment in advanced placement classes to whether they are accepted into college. Yet there is growing evidence that their scores can be shaped by factors other than mastery of the material.

In a paper in the American Economic Review, author Claire Duquennois investigates whether questions about money can have a disproportionately negative impact on students of lower socioeconomic status, regardless of their academic ability. Her findings highlight the complications of using high stakes testing, and how it may contribute to educational inequality.

“Particularly when you’re poor or when money is a constrained resource in your family and daily life, when I present some information to you that involves making a decision about money or thinking about money,  that can trigger stressful thoughts or intrusive ideas that might be a distraction,” Duquennois said in an interview with the AEA. “That would not be a distraction for someone for whom money has just never been a serious issue.”

Most of the research around how poverty impacts cognition has been in experimental settings using psychological tests on adults. Duquennois wondered whether these impacts would show up in real-world scenarios with educational and economic repercussions for young people. 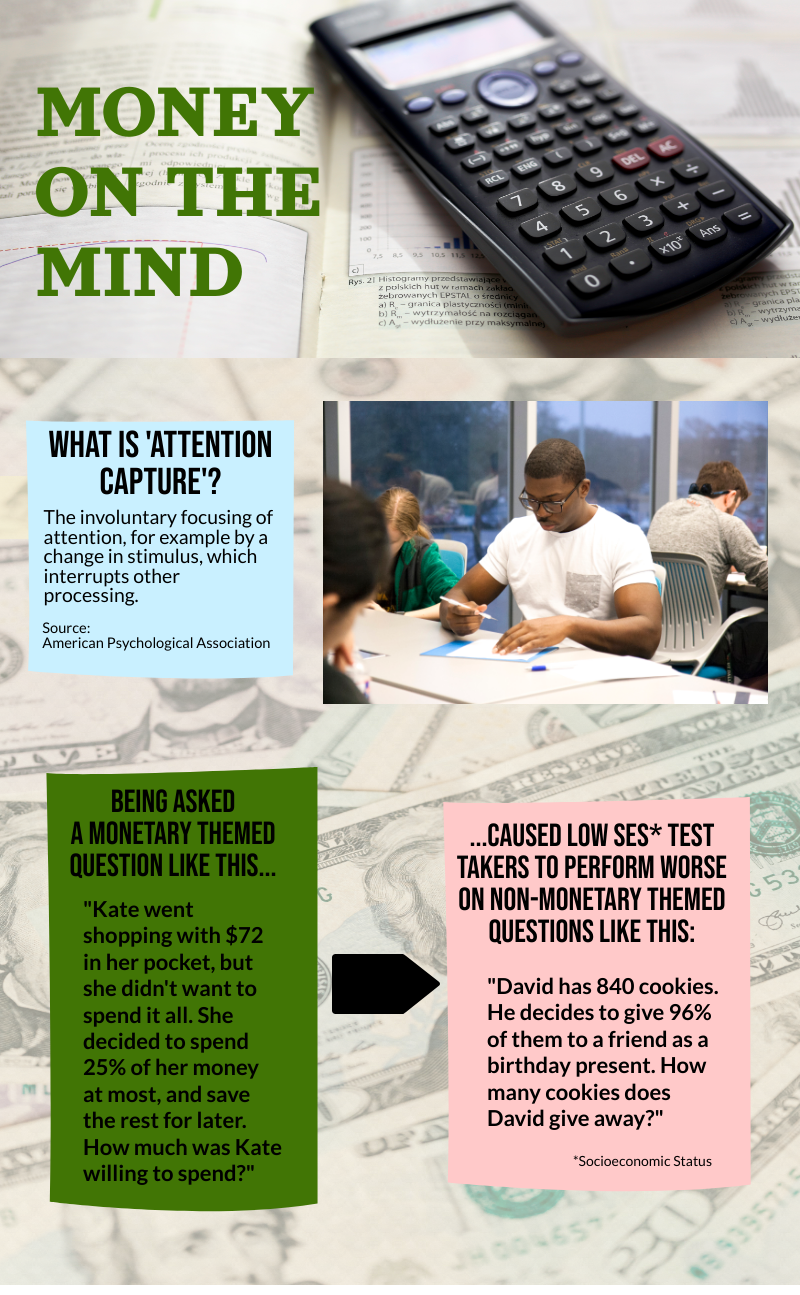 Monetary questions are standard on many math exams and provide students with tangible scenarios to apply mathematical concepts. Duquennois used the randomness of monetary questions on an international standardized math exam to determine whether they affected low income students differently.

She found that a 10 percentage point increase in the share of monetary themed questions led to a 6 percent increase in the performance gap with students from higher socioeconomic backgrounds. But it wasn’t just that disadvantaged students struggled on questions with dollar signs. Digging deeper into data from both the international exam and a US-based online homework platform, Duquennois also found that poorer students performed worse on the next few questions that followed monetary ones, evidence of what the psychology literature calls attention capture.

Particularly when you’re poor or when money is a constrained resource in your family and daily life, when I present some information to you that involves making a decision about money or thinking about money,  that can trigger stressful thoughts or intrusive ideas that might be a distraction.

“It just stresses people out a little,” Duquennois said. “It distracts them from the task at hand and makes their performance go down a little.”

The stress seems to fade after a few questions, but the impact is still significant. Duquennois simulated the effects on a high school placement exam for students in Mexico City. She found that reducing the share of monetary themed questions by 10 percentage points would have led to an additional 128 students, or 2.7 percent, becoming eligible for high school.

Duquennois said she is not suggesting that monetary themed questions never be used. Rather, educators must simply be aware of these effects and consider them in coursework and testing. Also, test designers must be sure to understand what they want to measure.

“Obviously, if you really want to test whether a student can apply math to money, and that's a fundamental aspect of what you're trying to test, then you have to use that kind of question,” she said. “But if you’re [measuring] whether they’re familiar with mathematical operations, having that kind of monetary theme to the question could be putting certain students at a disadvantage.”

The regulatory process for new medical technology is faster in Europe than the US. But which system benefits consumers the most?