The regulatory process for new medical technology is faster in Europe than the US. But which system benefits consumers the most? 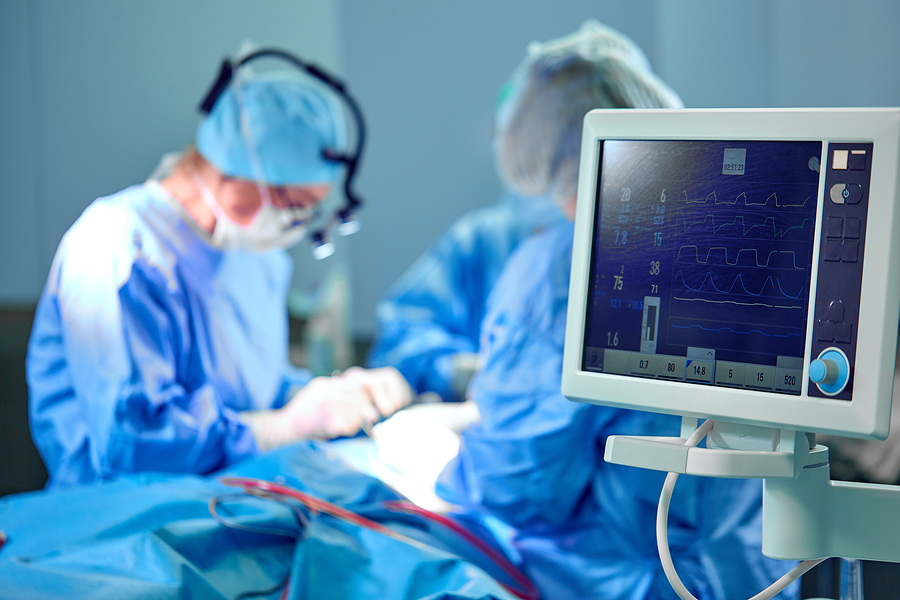 An electrocardiogram is shown as surgeons operate on a patient.

Imagine being a cancer patient knowing there’s a promising treatment out there you can’t have.

The drug is available in Europe, but has some more requirements to satisfy before it’s approved for use in the United States.

On the one hand, the FDA’s lengthy clinical trial process could be infuriatingly slow as your life hangs in the balance. On the other, would you trust that European regulators were careful enough to ensure patient safety?

It’s difficult for regulators to find that sweet spot in which they’re protecting the public without stifling innovation. But when it comes to some health care devices, the FDA seems to be taking the most optimal approach, according to a paper published in the January issue of the American Economic Review.

Authors Matt Grennan and Robert J. Town compared how consumers in the US and Europe responded to coronary stents that were approved for use. And they found that, for all the complaints about the slow-moving FDA, more testing helped build more confidence among patients and doctors in the US and also expanded their use in Europe.

“There’s enough differences in quality in stents that we see entering the market in (European Union), if there were little testing or no testing at all, we’d see decreased usage of the technology overall,” Grennan told the AEA in an interview. “There’s just a general fear that this product is not going to work and be good enough relative to other options out there.”

It’s generally easier to get approval for a device in Europe, where devices only need to be deemed safe. By contrast, federal regulators in the US look for safety and effectiveness. It’s not enough for a device to “do no harm;” it must also be shown through clinical trials to be an effective treatment.

The market implications from finding the most efficient approach could be massive. The FDA regulates medical device sales exceeding $150 billion, or 6 percent of total national health expenditures, and in the European Union, the market is $130 billion.

Grennan and Town collected monthly data on prices and quantities for coronary stents implanted at US and European hospitals between 2004-2013. Then, pairing it with US clinical trial data, they sought to figure out how this additional layer of premarket testing improved trust in the devices and led to their more widespread use.

European physicians have much wider access to coronary stents than their US counterparts. They have three times as many different types of stents available, but EU doctors also have access to products 10 months earlier.

Quality Assurance
The European Union makes it much easier for health device manufacturers to bring products to market, including more lax requirements for testing the efficacy of a device before it is sold to consumers. Below are differences with the US in the share of products that go through pre-market clinical trials, the length of those trials, and the number of products in each market.
Source: author data (2020)

But European consumers also have a higher degree of uncertainty about whether the stents will work. A clinical trial has been published for only 20 percent of EU-only devices. By comparison, 85 percent of FDA-approved devices have undergone a published clinical trial.

Grennan said he was surprised that the market for stents was so influenced by the additional knowledge spilling out of US clinical trials. An engineer by training, Grennan figured that stents were essentially an engineering intervention, different from drugs, and that physicians would perhaps be less concerned about them having exhaustively tested.

When you look at behavior of EU physicians, they really value the extra information that's coming out of these US trials.

“I would have thought something like EU policy would have been closer to optimal..but that’s not what the data says in this case,” he said. “When you look at behavior of EU physicians, they really value the extra information that's coming out of these US trials.”

The optimal approach, according to their model, looks a lot more like the FDA’s.

They found that products that begin US trials appear better on average at the time they become available in Europe. And though monthly usage fluctuates early on, as the products move through the clinical trials, physicians and patients become increasingly comfortable with them. Their average usage becomes less volatile as more information comes out from testing in the US.

Testing is important. If the US had the same standards as Europe, then the authors say overall welfare in the EU would drop by 6.4 percent. On the other hand, it would improve 3-7 percent by requiring more premarket testing. The most effective model would be to have premarket clinical trials that were 16-17 months longer than current EU requirements.

Recent reforms in the EU that go into effect this year would bring testing of medical devices closer to the US model. And 2016 legislation in the US will speed up the approval process at the FDA on the front end, while allowing it to keep collecting data after a new product hits the market, in order to monitor its safety and effectiveness.

“There are a lot of returns to early testing that seems to me to be pretty important,” Grennan said. “To the extent that there are a lot of medical device markets where there is very little if any testing, I think our research would indicate there would be a broad set of parameters in which some degree of clinical testing of products would be especially helpful.”

“Regulating Innovation with Uncertain Quality: Information, Risk, and Access in Medical Devices” appears in the January issue of the American Economic Review.

Did Obamacare regulations bring down premiums? Probably not.