Carrying the scars of conflict

How does being exposed to violence as a child affect the behavior of asylum seekers in their new host country? 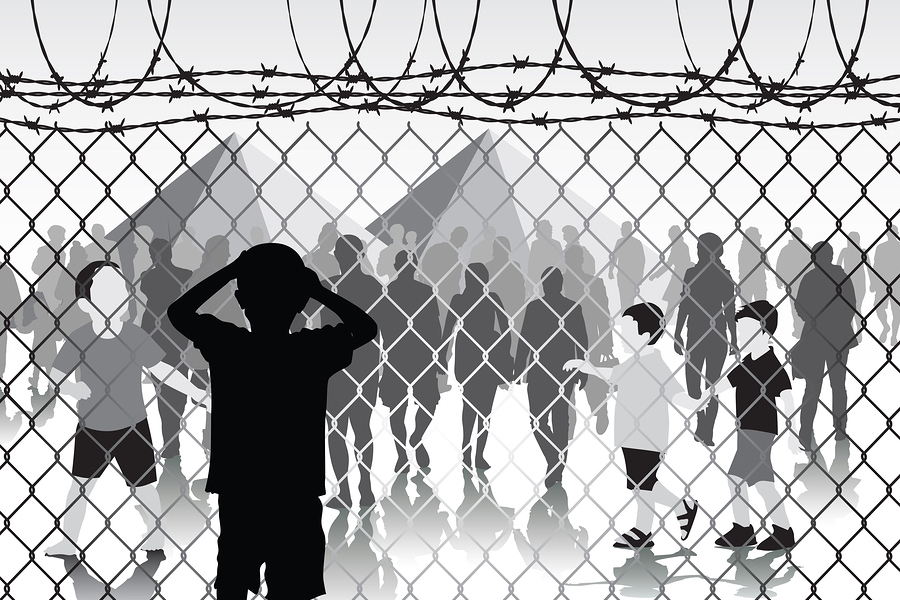 Every day, thirty-seven thousand people around the world are forced to flee their homes because of conflict and persecution.

No longer able to live with violence at home, many uproot themselves to make new lives in other countries.

But, as they say, wherever you go, there you are. Asylum seekers bring with them the scars of their experiences. And especially if they were exposed to intense violence as children, they may be more likely to re-enact those crimes long after they leave their war-torn countries, according to a paper that appeared in the December issue of the American Economic Review.

“There is a lot of anecdotal evidence that mention exposure to conflicts makes individuals more violent or crime prone,” said co-author Mathieu Couttenier in an interview with the AEA. “Something that is missing in the literature was to be able to identify the causal impacts of past exposure of conflicts on your future behavior.”

The paper comes amid intense debate in many European countries and the United States about putting restrictions on asylum seekers, much of it based on fears about bringing violent criminals into otherwise peaceful communities.

Providing refuge
In the first half of 2019, 72,420 decisions were issued on child asylum claims across Europe. More than half were positive, with most of those being granted refugee status. Still, many child asylum seekers received negative decisions, especially those coming from North African countries. The chart below shows decisions issued for children from various countries.
Source: Unicef (2019)

Indeed, this research finds that a violent childhood does make adult men more prone to become violent criminals as adults, compared to men from the same country who were born after the conflict was over. Once resettled in a new nation, however, they tended to be more violent toward people from their native country, reflecting the persistence of old hostilities.

Importantly, the effects can be lessened with policies that integrate migrants more quickly into the labor market.

There are all sorts of reasons why being exposed to violence as a child might compel you to act criminally even after escaping to a more stable situation. Obviously, there are lasting psychological effects of witnessing family members killed or being the direct target of an attack. Civil conflicts can disrupt their educational or economic opportunities, heighten their distrust of others, or even reshape their moral values.

Couttenier said all of those explanations are potentially an important part of the effects.

Couttenier and co-authors Veronica Petrencu, Dominic Rohner, and Mathias Thoenig focused on asylum seekers in Switzerland from 2009-2016, where they had access to crime data and, importantly, exhaustive records on individual asylum seekers. They then compared asylum seekers exposed to mass killings or civil conflict before the age of 12 to cohorts from the same country and migration wave who weren’t.

Adult men with violent childhoods were, on average, 35 percent more prone to violent crime. And while Swiss natives were the target of some of these attacks, they were much more likely to attack their own countrymen. In other words, they bring with them the anger they had toward their old rivals.

“There is a kind of persistence of the hostility,” Couttenier said.

But the likelihood that they’ll act on those hostilities can be muted, mainly by providing access to jobs. Men with violent childhoods were two-thirds less likely to commit a violent crime in Switzerland if they had the opportunity to apply for work.

Get them jobs. And what’s important, do it quickly.

“Get them jobs. And what’s important, do it quickly,” Couttenier said. “If it's possible for them to do it quickly, it helps to reduce the premium of violence.”

In the end, Couttenier said their research should not be used to bolster nativist arguments based on fear.

Putting asylum seekers to work can not only lower the propensity toward violence for those who are most likely to commit crimes, but it also provides a boost to local economies that is beneficial to natives. These benefits counter some of the fears about the threats that migrants pose to Western democracies.

“There is no reason, from what we have in our study, to be afraid of these different waves of migration,” Couttenier said.

“The Violent Legacy of Conflict: Evidence on Asylum Seekers, Crime, and Public Policy in Switzerland” appears in the December issue of the American Economic Review.