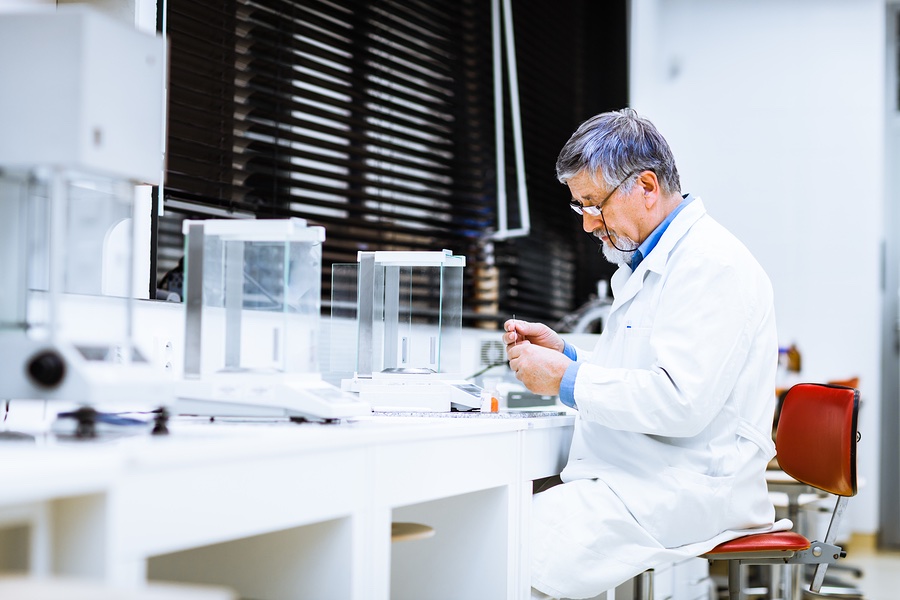 Medical research that pays off only in the long run may be hampered by short-term corporate thinking and limited patent duration.

Policymakers have long worried that firms focus too much on short-term outcomes. This syndrome could be especially acute in sectors where the principal output is research that unfolds over a long time span. A pharmaceutical company researching new cures will be tempted to shift resources to drugs that can be developed sooner, to the detriment of sick patients who could have benefitted from foregone innovation. An article appearing in the July 2015 issue of the American Economic Review examines this dynamic in the context of cancer research.

In Do Firms Underinvest in Long-Term Research? Evidence from Cancer Clinical Trials(PDF), authors Eric Budish, Benjamin Roin, and Heidi Williams note that drugs to treat late-stage cancer are far more plentiful than drugs that treat early-stage cancer. They hypothesize that this discrepancy exists at least in part because pharmaceutical companies can bring late-stage cancer drugs to market more quickly.

In the U.S., a cancer drug typically must show statistical evidence of improvement in survival to be approved for sale by the Food and Drug Administration. This evidence can surface quickly in a clinical trial with late-stage cancer patients who have poor survival prospects without the drug, but survival gains might not become apparent for ten years or more in an early-stage cancer study with relatively healthy patients. This deters companies from investing in innovation for early-stage cancer or preventative cancer drugs.

The authors identify another related concern: the fixed term of patent exclusivity during which drug companies can profit from their products without competition. Crucially, the patent clock starts ticking from the moment a new product is patented (usually soon after it is first developed in the laboratory) rather than the moment it is approved for sale. This means a long clinical trial can eat significantly into a drug’s patent life, and hence its profitability.

Even a company that is not overly concerned with short-term returns will balk at developing a drug that might enjoy only an abbreviated patent life. This would imply that there are “missing” drugs that are technically feasible and valued by the public but are not being researched by companies.

The idea that firms may underinvest in long-term research, while intuitive, is difficult to test empirically...[we cannot see] projects that are never developed, and 'missing' private R&D is hard to distinguish from alternative explanations such as a lack of market demand or a lack of scientific opportunities.

The authors find that R&D efforts are heavily slanted toward drugs to treat late-stage cancers, so there is a concern that research for preventative and early-stage cancer drugs is being neglected, at least in the private sector. But what about more innocent explanations like biological barriers to preventative cancer treatments or heightened demand for treatments of more deadly cancer diagnoses? If these explanations are right, companies are not necessarily doing too little long-term innovation but are instead responding efficiently to customer demand.

To distinguish between these explanations, the authors focus on a subset of cancers that tend to have shorter clinical trials because they are generally allowed to use “surrogate endpoints.” A surrogate endpoint is a biological indicator collected during a clinical trial that can provide a good prediction of whether a drug will ultimately improve survival, even if actual survival gains will not manifest themselves for years.

More survival gains for leukemias and lymphomas
Five-year survival rates for various cancer diagnoses in 1973 and 2003. Clinical trials for drugs to treat leukemias and lymphomas can generally use surrogate endpoints, which allows them to be completed more quickly.
Note: survival rates for rare forms of cancer are measured imprecisely due to small sample sizes.
Source: adapted from Figure 6b of Budish et al. (2015) using the SEER database

A model developed in the paper predicts that survival for patients with lower-mortality forms of leukemia and lymphoma should see relatively big gains from innovation because drugs to treat those diagnoses can be brought to market quickly relative to other early-stage cancer treatments. The figure above shows that this is indeed the case for U.S. cancer patients over the period from 1973 to 2003: improvements for leukemia and lymphoma occurred for both high- and low-mortality diagnoses, but improvements for other cancers were concentrated at the high-mortality end.

The authors argue that the gap between the best-fit lines in the figure is a sign of the missing innovation that would have occurred if drugs for low-mortality cancers could create profits as quickly as drugs for high-mortality cancers. The authors’ estimates show that the potential survival benefits of these non-existent drugs would be worth tens of billions of dollars annually in the U.S. alone, given the size of the patient population.

There are policy responses that could spur long-term research more broadly, such as targeted R&D subsidies for certain neglected projects, or a change in patent design that would start the patent clock later. However, there is also concern that making patent protections stronger can actually hamstring future research efforts, and some observers think more dramatic reform of the patent system is needed. Ultimately, the authors conclude that research to establish more surrogate endpoints for clinical trials (like the white blood cell count that is useful for evaluating blood cancer drugs) could be massively beneficial to future cancer patients. ♦

"Do Firms Underinvest in Long-Term Research? Evidence from Cancer Clinical Trials" appears in the July 2015 issue of the American Economic Review.